Dudley Do-Right’s Ripsaw Falls is now down for it’s annual refurbishment. Ripsaw Falls closed on January 2, 2012 and is scheduled to re-open on January 19, 2012. Unlike previous years, there will be no major work to the drop or the ride vehicles. Expect to see all effects outside to return to full operation and some repainting all around.

With a combined total of more than 350 million albums sold, guests will rock out to 14 of the biggest names in music. On Feb. 18, pop superstar and Grammy winner Kelly Clarkson will take the Music Plaza Stage to perform major hits from her recent album, “Stronger;” Hot Chelle Rae will please crowds with their hit “Tonight, Tonight” during their performance on March 23; and singer-songwriter and Grammy Award nominee B.o.B, known for his multiple top singles “Nothin’ on You,” “Airplanes” and “Magic,” will perform on March 24. Additional performances include Billboard magazine’s “Female Entertainer of the Century” and disco diva Diana Ross; Boyz II Men, the most successful R&B group of all time with more than 60 million albums sold worldwide; teen sensation Big Time Rush; 2012 Grammy nominee for “Best New Artist” J. Cole; and four-time Billboard Latin Music Award winner Prince Royce. For the complete line-up, see below.

With four Grammy nominations, more than 10 million albums sold and 13 Top Ten hits including “Name,” “Slide” and “Black Balloon,” Goo Goo Dolls has become one of the most globally recognized and influential forces in pop music history. Their hit “Iris,” from the “City OfAngels” movie soundtrack, spent nearly 12 straight months on the Billboard charts and held the No. 1 position for 17 consecutive weeks.

Sugar Ray first gained fame in the music scene with the hit “Fly.”  Since then, lead singer Mark McGrath and his band mates have taken their combination of sunny pop and lightly funky hip-hop grooves and created several of the most infectious summer singles of the late ‘90s, including “Every Morning,” “Someday” and “When it’s Over.”

Before enjoying the live concerts, guests can experience all the fun and excitement of The Big Easy as Universal Studios Florida is transformed into a family-friendly version of New Orleans’ famed Mardi Gras. The celebration includes an elaborate Mardi Gras parade, where guests can dance along with street performers and collect beads by the handful as colorful floats wind down the street of Universal Studios. This year’s parade will take guests on a journey through the earth’s different ecosystems with elaborately themed floats including: bayous and swamps, rainforest, coral reefs, the deep blue sea and Polar Regions. Every year, the parade’s hand-crafted floats are built by Blaine Kern Artists – the same company that designs the floats for the Mardi Gras parade in New Orleans.

The heart of Mardi Gras is Universal Studios’ French Quarter Courtyard, where guests can groove to the soulful sounds of authentic New Orleans bands every night before the headliner concert. Since 2006, more than 20 bands have traveled straight from The Big Easy to Universal Orlando to perform Blues, Jazz and Zydeco music for partygoers – adding to the authenticity of Universal’s Mardi Gras celebration. The French Quarter also features delicious Cajun cuisine, including jambalaya, gumbo, beignets and much more.

Mardi Gras is included in regular admission to Universal Studios. Guests can take advantage of this special offer:

Universal is marking its 100th anniversary this year with a yearlong celebration of its cinematic legacy. The studio will mark the occasion with an “updated animated logo” that will debut before Dr. Seuss’ The Lorax, which opens March 2. Perhaps of greater interest to film enthusiasts is the news that Universal will restore 13 of its classic films, including All Quiet on the Western Front, The Birds, Buck Privates, Dracula (1931), Dracula Spanish (1931), Frankenstein, Jaws, Schindler’s List, Out of Africa, Pillow Talk, Bride of Frankenstein, The Sting, and To Kill a Mockingbird, which will debut on Blu-ray on Jan. 31. Jaws and E.T.: The Extra-Terrestrial, which celebrates its 30th anniversary, will also receive special Blu-ray editions later this year.

“This is a proud moment for all of us who’ve had the privilege of working at Universal Pictures,” Ron Meyer, Universal Studios president and COO, said in a statement. “Our centennial is designed to bring special memories back to longtime movie lovers and fans, and to engage new audiences with our extraordinary library of films for the first time. Our goal, 100 years later, is to preserve, restore and continue the iconic legacy of this studio for generations to come.”

I’m going to reserve final judgement until I see the logo moving, but when did Universal become ‘A Comcast Company’? What happened to NBCUniversal and General Electric’s 49% stake?

Now that Grinchmas is officially (or has been for the past 7 days), here’s our official video for this year’s ‘Whobilation’. 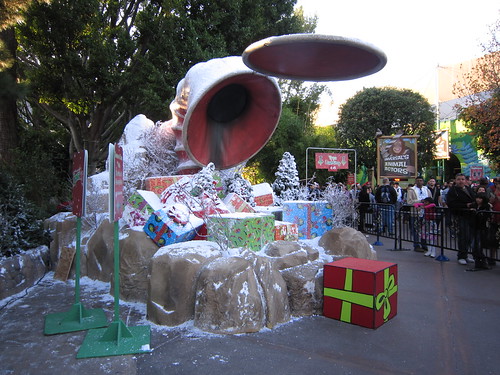 Hi folks. As always, we’ve provided a photo update detailing this year’s Grinchmas – as well as some ongoing developments occurring with up-and-coming Transformers attraction. Hit the “Read more…” link to view the rest of our update!

Note: Because of its size, we’ve split this update into two parts. You’re currently viewing Part 2, so view Part 1 here.

END_OF_DOCUMENT_TOKEN_TO_BE_REPLACED 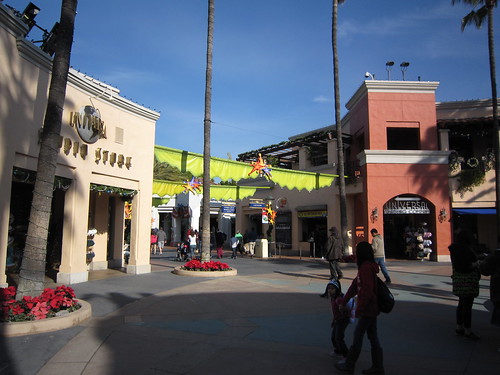 Hi folks. As always, we’ve provided a photo update detailing this year’s Grinchmas – as well as some ongoing developments occurring with up-and-coming Transformers attraction. Hit the “Read more…” link to view the rest of our update!

Note: Because of its size, we’ve split this update into two parts. You’re currently viewing Part 1, so view Part 2 here.

END_OF_DOCUMENT_TOKEN_TO_BE_REPLACED 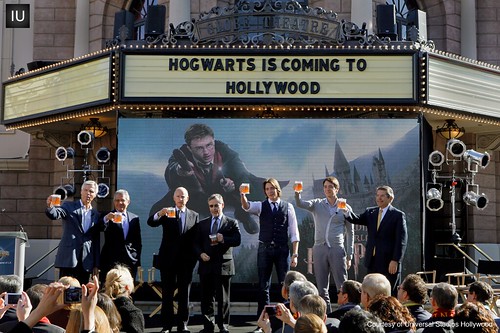 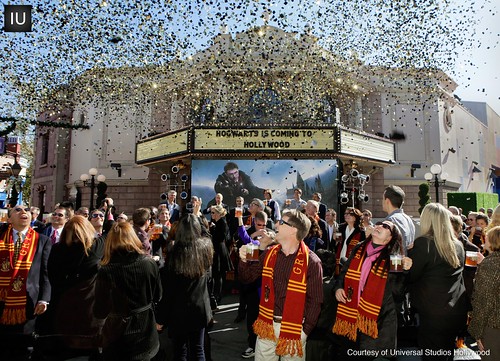 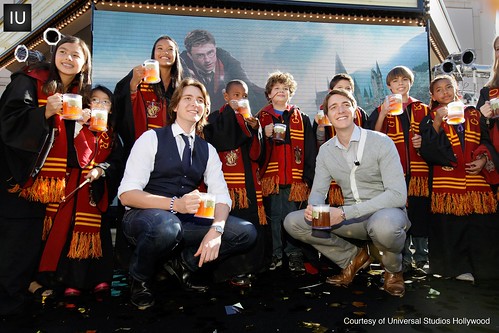 “This is an incredible moment for Universal Studios and the millions of guests who visit our theme parks,” said Ron Meyer, President & COO, Universal Studios. “The Harry Potter stories are some of the most powerful of our time and we are honored to expand our Orlando experience and bring The Wizarding World of Harry Potter to Hollywood, forever changing family tourism in Los Angeles.”

“The Wizarding World of Harry Potter is an entirely new level of themed entertainment that brings the stories of Harry Potter to life in incredible ways,” said Tom Williams, Chairman and CEO, Universal Parks and Resorts. “We are thrilled to be able to share this experience with our guests in Hollywood. And we are thrilled to take what has been created in Orlando to even greater levels.”

Hogwarts is coming to Hollywood!

The two companies also announced their plans to significantly expand The Wizarding World of Harry Potter at Universal Orlando Resort.

“I am delighted that the Wizarding World of Harry Potter has been so popular with fans since the opening in Orlando last year and I am sure that the teams at Universal and Warner Bros. will bring their expertise and attention to detail to Hollywood to make this new experience equally as exciting,” said J.K. Rowling.

The Wizarding World of Harry Potter at Universal Orlando Resort opened in June 2010 and immediately captured global attention. It is a spectacularly themed land that includes Hogwarts castle, Hogsmeade and multiple themed attractions. Specific details of its expansion will be announced over time.

“The announcement of our partnership with Universal to bring The Wizarding World of Harry Potter to Hollywood and expand what already exists in Orlando is probably the best holiday gift we could give to the legions of Harry Potter fans worldwide,” said Barry Meyer, Chairman & CEO, Warner Bros. “Everyone involved with these projects is committed to continuing the enchantment of J.K. Rowling’s masterful books as they were brought to life on screen in our eight films and dedicated to extending the magic of the experience for generations of fans to come.”

Edit: News has been confirmed. Here’s a link to the original story on our discussion forums.

The Los Angeles Times is reporting that Universal is set to make an announcement about its plan to bring the Wizarding World of Harry Potter to Universal Studios Hollywood.

The new Wizarding World of Harry Potter at Universal Studios Hollywood will be officially unveiled Tuesday. In these times of sluggish state job growth and an unemployment rate stuck in double digits, Gov. Jerry Brown is highlighting the project as a California job creator.

While I haven’t received word, given that it’s from the L.A. Times, it’s safe to say it’s confirmed.

On Dec. 31, Universal Orlando Resort guests can ring in 2012 at one of the hottest parties of the year – Universal CityWalk’s New Year’s Eve celebration. As the clock approaches midnight, partygoers will rock out to live concerts by Smash Mouth and Big Bad Voodoo Daddy, dine on gourmet cuisine and dance the night away at some of Orlando’s best nightclubs.

The night will begin with a performance by contemporary swing sensation Big Bad Voodoo Daddy, who recently released their eighth studio album, “HOW BIG CAN YOU GET? A Tribute to Cab Calloway.” Their signature, big band swing sound has captivated millions of fans and been featured in television sitcoms, films and even reality shows like “Dancing With the Stars.” With hits like “Go Daddy-O” and “Mr. Pinstripe Suite,” their breakout musical sound will send guests swingin’ to the dance floor.

To top off the celebration, multi-platinum rock band Smash Mouth will hit the stage with their nonstop party vibe and hits like “Walkin’ on the Sun” and “All Star.” With more than 10 million albums sold, Smash Mouth has also brought new life to popular classics like “Can’t Get Enough of You Baby” and “I’m a Believer” – which was featured on the “Shrek” motion picture soundtrack. Smash Mouth continues to play headlining events across the country and is currently working on their sixth studio album.

In addition to live concerts by some of today’s most popular bands, guests can enjoy access to seven of CityWalk’s hottest clubs, including CityWalk’s Rising Star, the groove and Red Coconut Club. Partygoers can also indulge in all-you-can-eat gourmet cuisine and decadent desserts and raise their glass to 2012 with a midnight champagne toast and celebratory confetti burst.

Sydney Newman - September 21, 2020 0
We’re back with September’s photo update around CityWalk Hollywood! This month, we take a look at progress on the multiple projects taking place throughout...

Brian Glenn - September 21, 2020 0
Universal Orlando recently held its Halloween Seasonal Event Testing event this past weekend. With Halloween Horror Nights not taking place this year, Universal is...
© 2019 - All Rights Reserved - Inside Universalis not affiliated with Comcast, NBCUniversal, Universal Parks & Resorts, The Walt Disney Company, The Blackstone Group or SeaWorld Parks & Entertainment. You may not copy, redistribute, publish, sell, or otherwise make the original contents of this website available to third parties unless you have received prior authorization from Inside Universal.
This website uses cookies to improve your experience. We'll assume you're ok with this, but you can opt-out if you wish.Accept Read More
Privacy & Cookies Policy