Welcome to the Kwik-E-Mart!

Modeled after the famous convenience store featured in the Simpsons television show, Universal’s Kwik-E-Mart features all the Simpsons merchandise you could ever desire. Donuts, Bort name tags, Duff Beer Energy Drink and more – this shop is almost an attraction in itself.

Perhaps the most heavily themed store at Universal (the next being the Transformers Supply Vault located on the Lower Lot), the Kwik-E-Mart will be a familiar stop for anyone who has ever watched the Simpsons. Duff Beer energy drink (the real stuff can be found at Moe’s or Duff Brewery), heart-attack inducing donuts and more can be found in this fun store. You can also purchase various Simpsons DVD packs featuring various seasons from the show’s varied past.

One last tip – be sure to check out the Bort license plates. Let us know if you can find them. 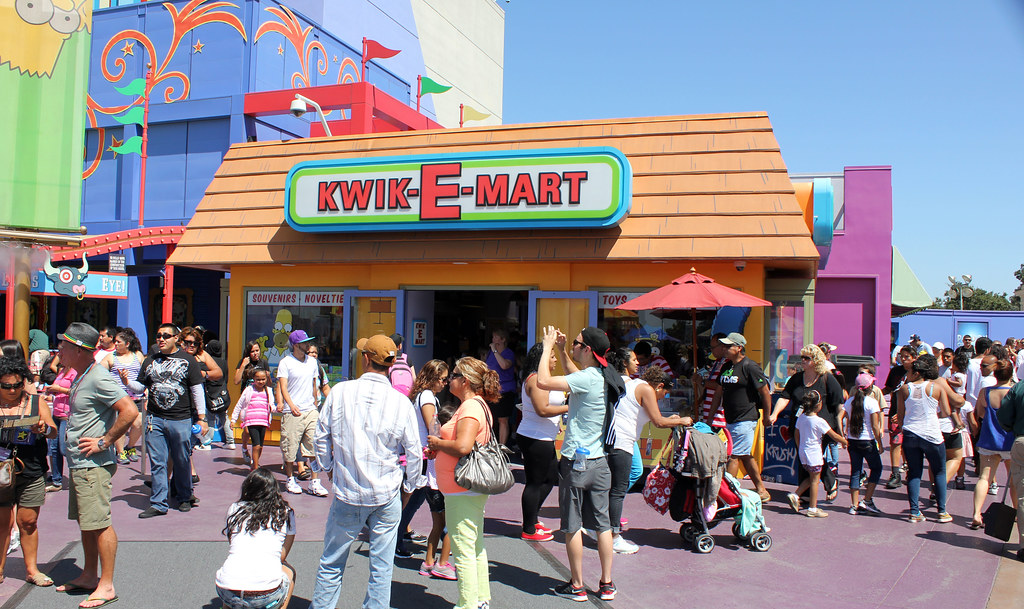 The Kwik-E-Mart is located in the heart of Springfield, right between the Simpsons Ride and the Studio Tour.

Maggie, Milhouse and Bart are featured all around the Kwik-E-Mart facade, allowing guests to take a photograph with their favorite characters. Comical display posters are also featured in the store’s interior with some memorable quotes from the Simpsons.

During especially busy seasons, Universal sometimes offloads excess donuts at the end of the park’s operating hours at the Kwik-E-Mart. Though not always a guarantee, the Kwik-E-Mart sometimes offers a decent discount on giant donuts. Keep your ears open for any team member announcements towards the latter half of the day. 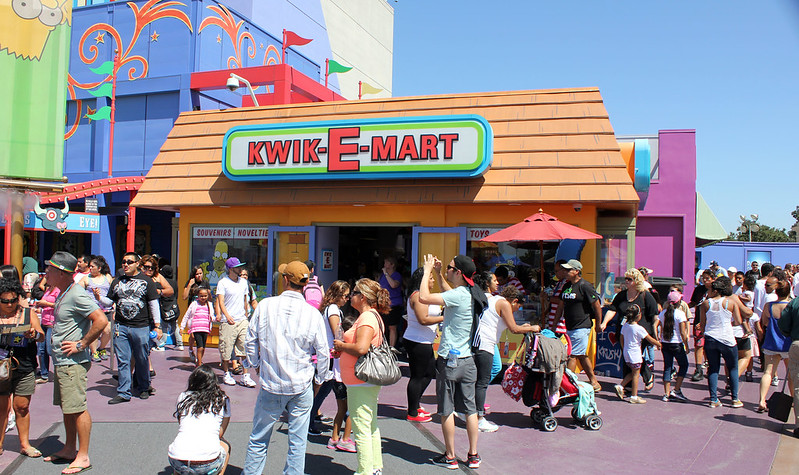 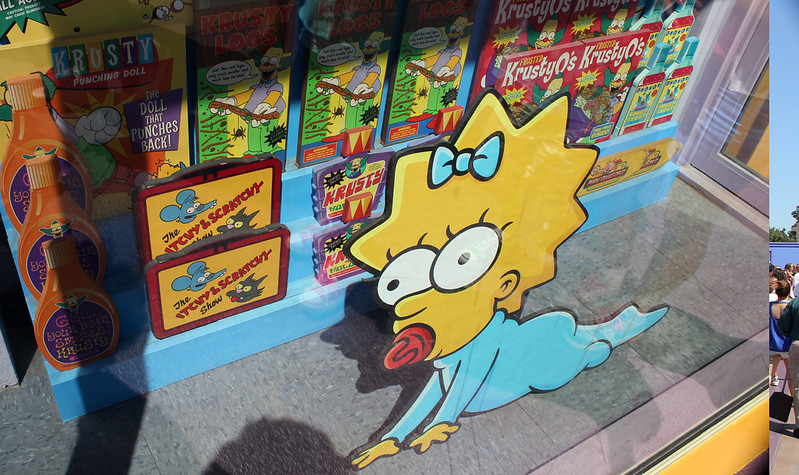 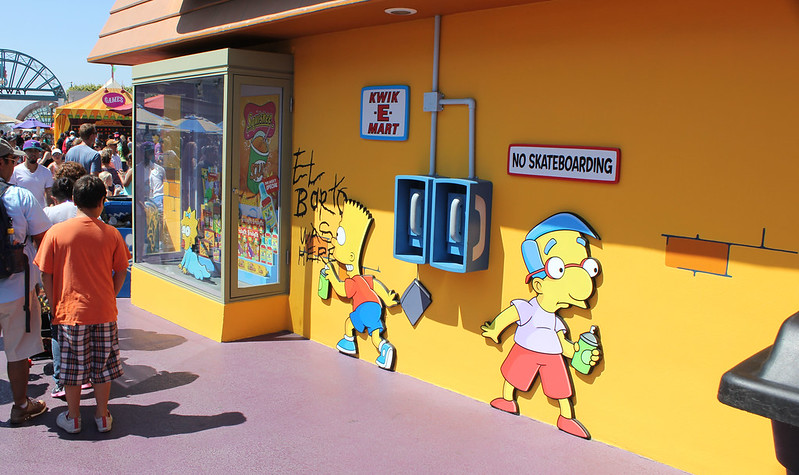 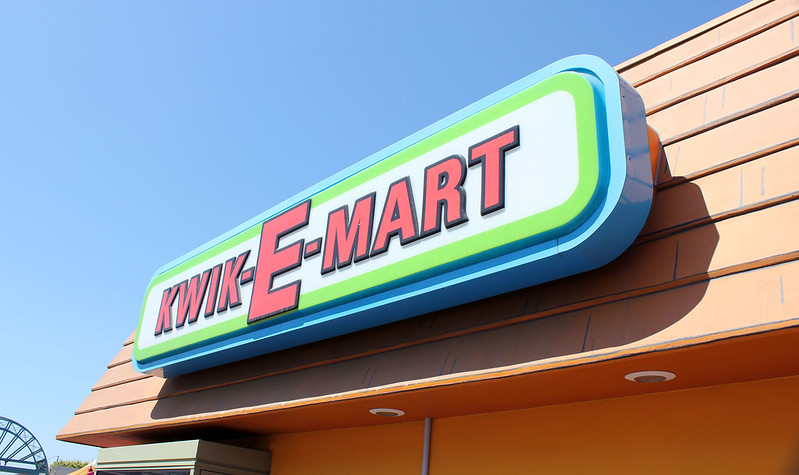 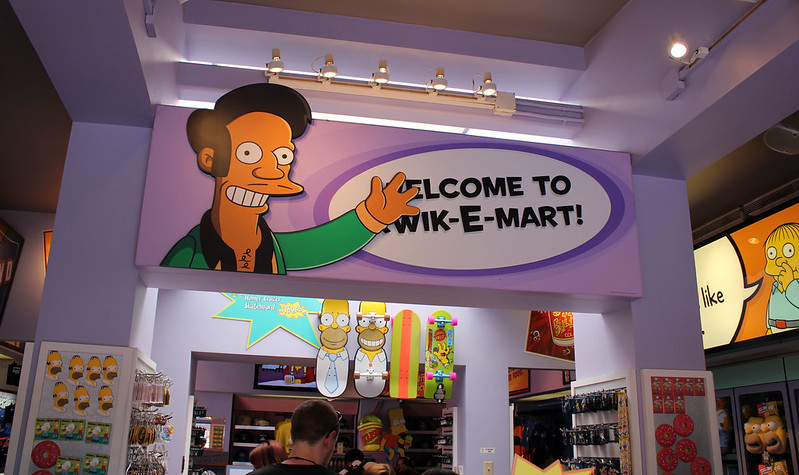 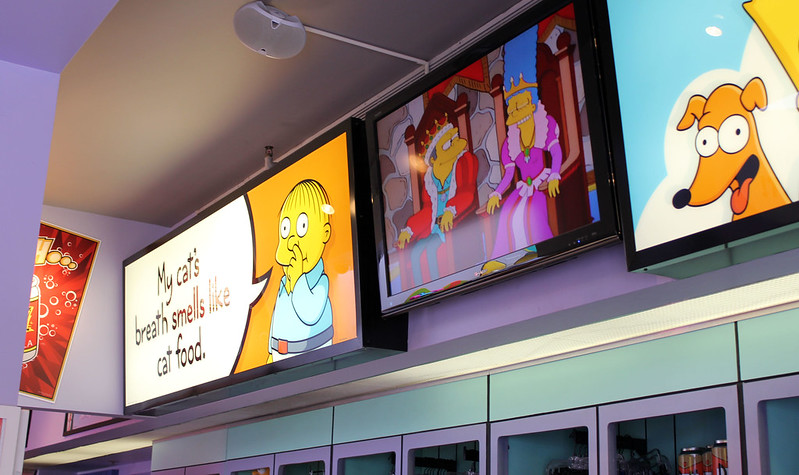 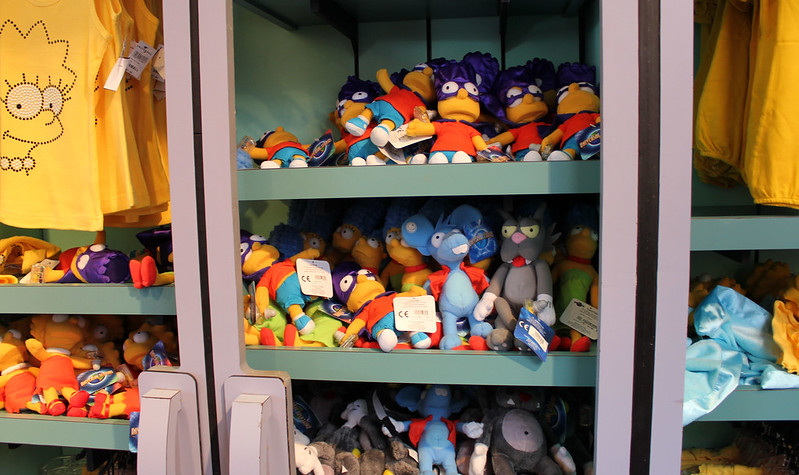 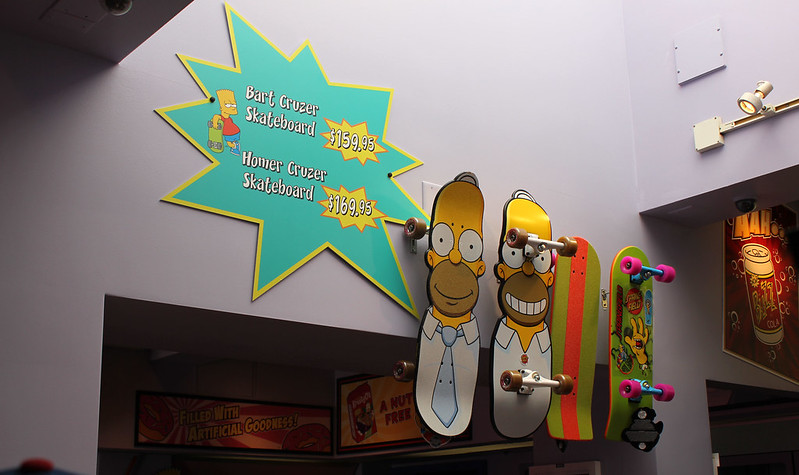 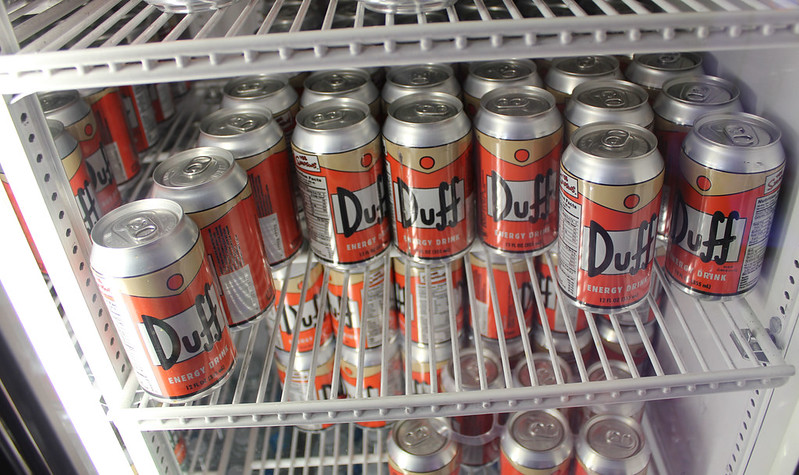 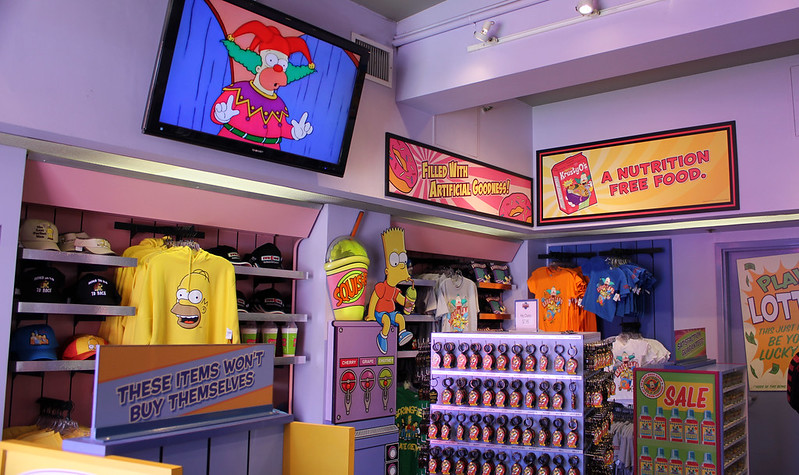 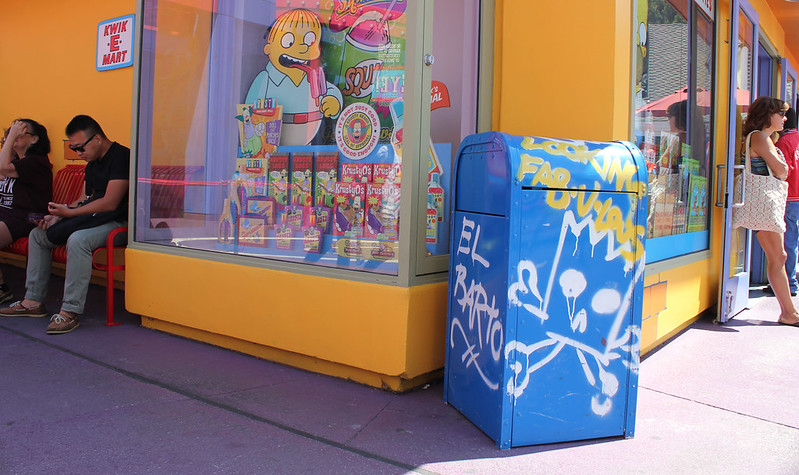