Welcome IU community to the moment we have all been waiting for: Our review of Transformers: The Ultimate 3D Battle.

Soft opening of Transformers: The Ride – 3D began on April 19th, 2012, exactly 2 years after the closure of Backdraft and Special Effects Stages in the Studio Center (Lower Lot) area of Universal Studios Hollywood. Transformers promised to bring Universal Studios Hollywood one step further in the thrill ride genre with this all new simulator ride which brought 3D and reality even closer together than ever before. Inside Universal had the opportunity to experience this attraction on Saturday, April 21, 2012.

With our mobile app in hand, we did see confirmation that the ride was open to the public with a display of the wait time.

Transformers is currently running in Technical Rehearsals, which means that although the ride is running, there is no promise of the attraction to be open and there could be possible delays where the attraction may be closed or elements of the attraction may not be working. With all soft openings, this means that they are putting the attraction through its paces and seeing how well it responds to daily operation just like it plans to do for years to come. You can expect to ride the attraction and enjoy the full experience just as you would when the official day its scheduled to open as long as you are flexible with your time. In fact, on our first ride ever on the attraction, we had a pause and delay during the experience which forced us to skip an entire scene. Needless to say, we went on it again.

After what seemed to be the longest ride ever down the Starway Escalator, we finally came upon the all new Studio Center and all its glory. The new atmosphere of the Lower Lot is very nice, its clean and more modern. Transformers: The Ride – 3D sits at the very end of the theme park. The attraction is inside a large building with a mural of the explosive excitement you are about to experience. The attraction entrance and exit are next to each other as well as all stroller parking is located to the right of the exit not far from the gift shop. Height restriction has two requirements to help younger children experience the attraction. You must be 40″ tall to ride the attraction with an adult. You must be 48″ tall to ride the attraction alone. Child swap for younger children is availble and a waiting room is also accessible by asking an attendant.

Initially we enter the queue which begins offering what little story there may be. Come on, this is Transformers! Has there ever been a story???
You, the guest, are reporting for N.E.S.T. Duty. General Morshower is instructing you on your mission to keep the All Spark fragment protected from the clutches of the Decepticons. There are a few props through the queue line such as the All Spark fragment and Scorpinok’s tail. Other visuals during the queue line introduce you to EVAC, an all new Autobot which you will be meeting for your training duty.

For those of you who have had the privilege of experiencing The Amazing Adventures of Spiderman at Universal’s Islands of Adventure in Orlando, Florida will find an all too familiar experience with Transformers. Transformers utilizes the all new Dolby 3D technology with all of its screens which Spiderman just upgraded to in Orlando. You will notice that the 3D glasses for this attraction are larger and very different from all other 3D attractions you have seen before. The glasses cost roughly $10 a piece and you will also see how strict Universal is when you step off the attraction to stop you from walking off with them. In short, the 3D presentation of this ride blows all of the other attractions in the park (and other parks) out of the water…especially Terminator! There are no, and I mean NO ghost images AT ALL during the entire ride.

With Spiderman setting the bar in 1999, I was expecting a lot from Transformers now being 13 years later. Hoping that it would try to push the limits of Spiderman just that much further. However, I felt that physical prop utilization was much better used in Spiderman and seems to be lacking in Transformers. Another typical USH setback was that there are no fire effects in this entire attraction, unlike Spiderman. Transformers is pretty much screen after screen with very little in between. Transformers is very heavy on action and not much in the way of story. You get the usual water and heater effects on the guests which do their job well, but the way the effects are used in the film are weak at best and feel forced. Be prepared to be a little dizzy once you complete this ride. With all the motion and the new 3D technology, most of my party was feeling like they needed to sit down for a little bit after riding once or twice.

Don’t get me wrong, I am a big Transformers fan. I enjoy the films for what they are. I enjoy the ride because it was developed with the best of the best in simulator creation mixed with the creators of the films. This is what I enjoy of Universal’s experience and mission and they deliver 110% with Transformers. With my extensive experience with the Universal product, my expectations were high. Transformers came very close to perfect considering much of what Universal has created recently…anyone remember Creature???

If you have not been to USH is a few years, there is plenty to do for the summer of 2012 which will give you fun for your money. That being said, we have already heard of possible closures on other current attractions to make way for new rides in the near future such as Harry Potter and others. 2012 promises to be an even busier year for Southern California theme parks due to the heavy amount of large, new attractions at Universal, Disneyland, Knott’s, and Sea World. If you are looking for a great source of information before you visit the park this year, feel free to visit our forums and web page to get some great ideas before you hit the queue lines! Transformers will promise to be a huge attraction for Universal Studios Hollywood and we want you to make the best of your visit.  You cannot go wrong with Universal Studios Hollywood this summer!  Just stay away from the holiday crowds…hint, hint! 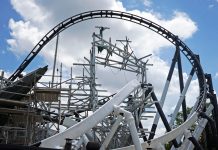 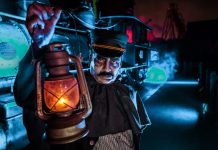