August 18, 2014 – While this site is primarily focused around the original Universal Studios theme park in Hollywood, California, we felt that other Universal parks deserve some attention as well. We don’t intend to replace them as a news source, but merely wish to highlight developments outside of Hollywood because they often tie back to our park as a guideline for what to expect in the future. 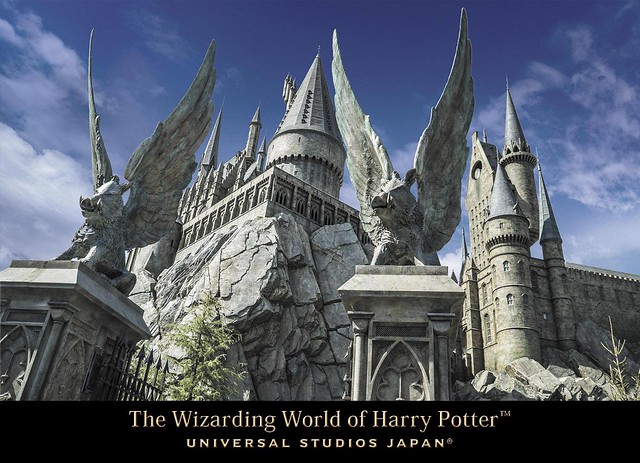 Far and away, the biggest news out of Osaka was the opening of their Wizarding World of Harry Potter last month. After the success in Orlando, it was a safe bet you’d see the land replicated elsewhere. Slight changes in crowd flow were implemented, along with a beautiful lake. 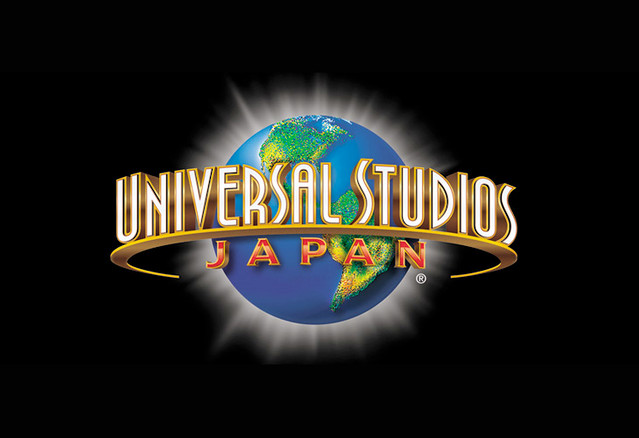 Following the warmly received opening, the park owners are considering going public once again onto the Tokyo Stock Exchange. It was last public until 2009, where it pulled out, due to dwindling attendance numbers. 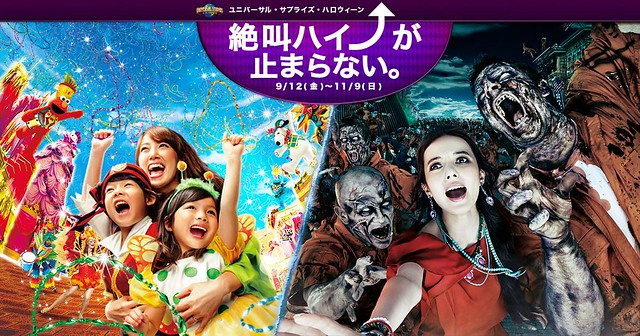 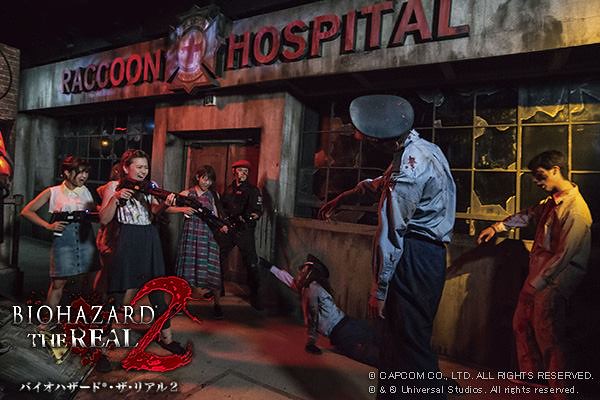 And finally, over in Japan they also celebrate Halloween in a very similar spooky manner. Running from September 12th until November 9th, their “Universal’s Surprise Halloween Event” returns this year. Headlining this event is Biohazard The Real 2, the sequel to the wildly popular interactive zombie shootout based on the Capcom series of the same name, known in the states as Resident Evil. 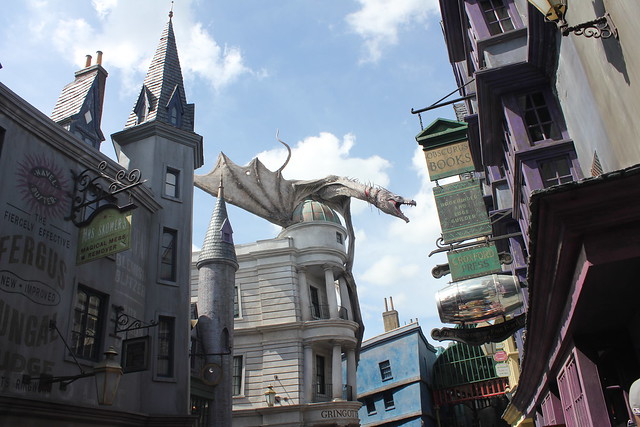 You’d be hard pressed to avoid hearing about the goings on over in Orlando, having just opened Diagon Alley. With a booking system needed just to enter the land, it’s proving to be quite a success with Harry Potter and the Escape from Gringott’s as the big new ride, along with the Hogwarts Express, pulling double duty as not only an attraction in its own right, but also functioning as a bridge to Islands of Adventure, making getting between both parks a little easier.

A Celebration of Harry Potter 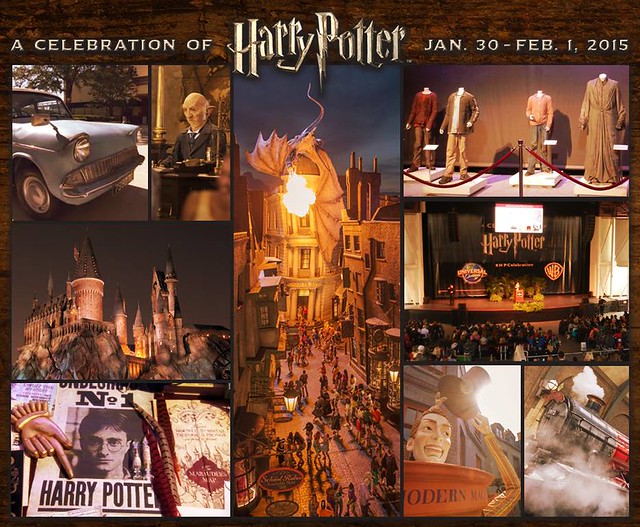 Earlier this year Universal had their first “A Celebration of Harry Potter” festival. Mirroring Disney’s annual Star Wars Weekends, it features celebrity appearances and special dinner packages. Apparently it was enough of a success to officially make it an annual affair. They announced this week that it will return in 2015 for the weekend of Jan 30th and ticket sales begin next week. 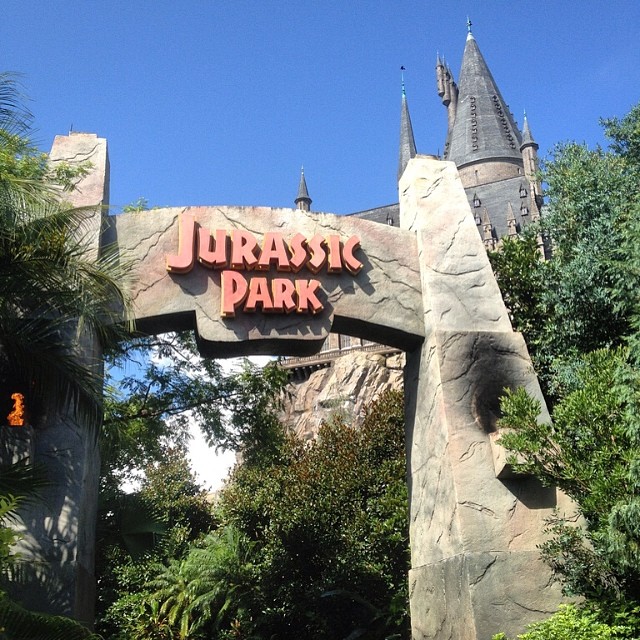 In a bit of melancholy news, one side of the arches that border the Jurassic Park land at Islands of Adventure has come down on the side of Toon Lagoon. The ones that lead into the Wizarding World remain, however. Whether they will return after construction nearby finishes is uncertain, but they most likely would not be in the same position. It’s been heavily rumored for a long time that a King Kong attraction is planned near that area.

» Orlando United: Around the Universe 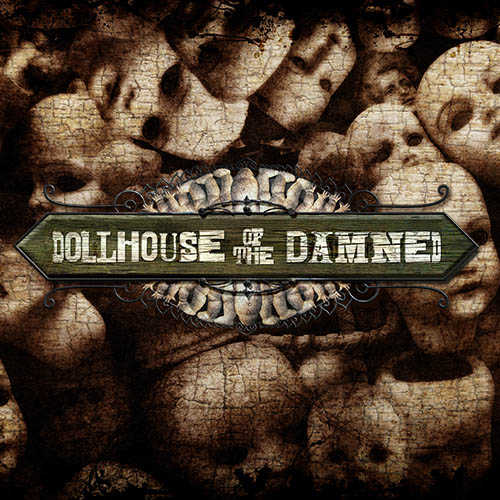 It’d be hard not to mention Halloween Horror Nights over in Florida. While a lot of licenses are shared between Orlando and Hollywood, they have completely different takes on them, thanks to a dedicated creative director on each coast. On top of the mazes that will be in both parks, they announced 3 unique mazes not based on any specific property. These are Dollhouse of the Damned, a corrupted dollhouse, Giggles & Gore Inc., a factory dedicated to making evil clowns, and Roanoke: Cannibal Colony, a colonial-era trip through a settlement full of cannibals. 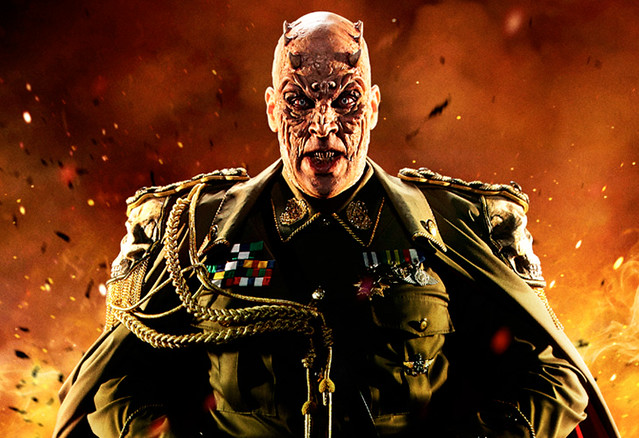 Wrapping up our global hopping, we land in Singapore. And like every other Universal park, they’re getting into the Halloween spirit with 4 completely unique mazes and 4 scare zones. While not all details are released, the maze names are: The L.A.B. (Laboratory of Alien Breeding), Mati Camp, Jing’s Revenge and Jack’s 3-Dementia. Tickets are now on sale.

That does it for our inaugural edition of Around the Globe. If you have any tips or stories from around the world, feel free to send it in for next month’s edition. For now, thanks for reading.