Earlier this year we saw the price increase on the Buy a Day pass, and last year we saw the removal and reduction of core benefits from the passes. These changes have largely been assumed to be part of a core reworking of the annual pass system in preparation for the opening of the Wizarding World of Harry Potter.

The biggest benefit of the Premium Star Pass, sporting a $40 difference over the lower tier, was the free parking before 5:00 PM. Outside of that, the only other benefit was Gate A boarding on the tram tour. This means that there are no passes anymore that offer parking or even parking discounts. Outside of purchasing a movie ticket with a discount at AMC in CityWalk, this change leaves most guests that choose to park on site paying $17 before 5PM when the bulk are likely to arrive. This is likely Universal’s most drastic method yet to help curb the expected stress on their park as the opening of the Forbidden Journey inches closer every day.

One important note is that the black-out dates seem to finally be unified, ending a very long tradition of a dozens of different blackout calendars depending on where and when you purchased your Buy-a-Day-Get-a-Year pass. Of course, that change also sees the 12-Month Value Pass go from 296 available days down to 266, a reduction of nearly a full month less of use. This now blocks out all weekends during the summer, the entirety of July in 2015, and more than half of March in 2016. More 2016 dates are likely to be blocked as the months creep slowly forward to the opening of The Wizarding World of Harry Potter.

One curious note is that the passes for a full year don’t actually expire 365 days from purchase, rather they expire on March 18th, 2016. While feasible to cut a few weeks off of a full year pass, it will become slightly less desirable as the year proceeds. One can assume that Harry Potter will open not long after this date, but what will happen to passes up until then is unknown.

At the time of this posting, you could still renew your Premium Star Pass on their renewal page (update: this link is no longer active), but how long that link remains active is anyone’s guess. 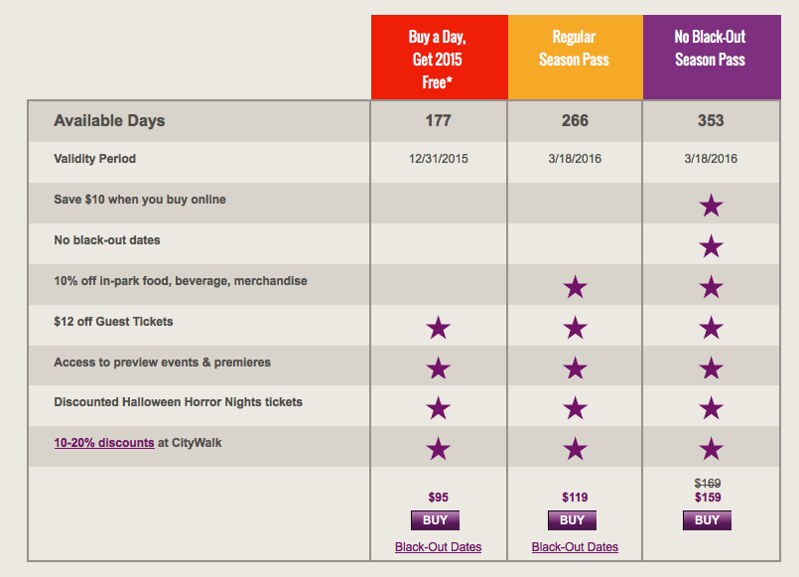 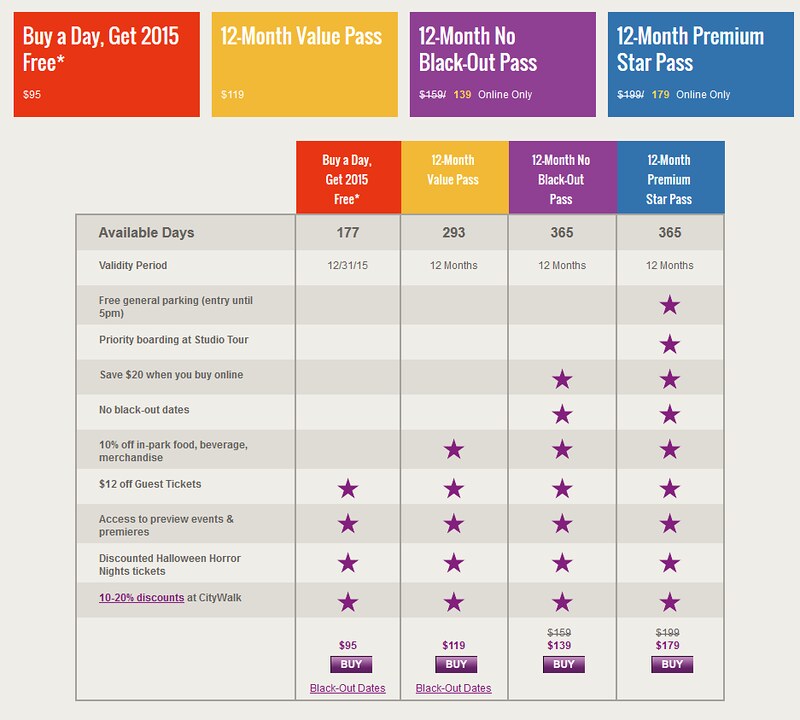