The newest entertainment destination coming to the heart of Orlando and International Drive is I-Drive 360. This 200-million dollar complex will host a diverse array of attractions, restaurants, and shops. Its centerpiece is the Orlando Eye, a 400-foot observation wheel, which recently held its lighting ceremony and was illuminated in a fitting shade of purple. The color represents the Eye’s logo, but it is also sure to please fans of Orlando City Soccer Club. The ceremony signified one of the final milestones as the opening date approaches on May 4th.

The Orlando Eye lit up in purple on April 16, 2015. Photo courtesy of Brian Carey.

Next week, on April 29th, more attention will be drawn to the Eye as the “King of the High Wire,” Nik Wallenda, will attempt to pull off his biggest stunt yet. Wallenda will walk on the rotating Orlando Eye without a tether or wire.

The Orlando Eye is run by the Merlin Entertainments company, which owns and operates other iconic observation experiences around the world, such as the London Eye in the U.K. and the Sydney Tower Eye in Australia. Also part of the Merlin Entertainments family are Madame Tussauds, the world-famous wax museums, and SEA LIFE, the world’s biggest aquarium brand. Thanks to I-Drive 360, Orlando is getting its very own versions of these amazing experiences.

SEA LIFE Orlando Aquarium will hold more than 5,000 creatures from the Atlantic, Indian and Pacific oceans, and feature a 360-degree ocean tunnel, a rock pool experience, interactive “Talking Aquarium” educational talks and feeding experiences, as well as the opportunity to learn about the SEA LIFE Trust and their efforts to preserve our oceans and its inhabitants.

Madame Tussauds and the SEA LIFE Aquarium will be situated on each side of the Orlando Eye, and they will open to the public along with it on May 4, 2015. Individual, combo and VIP tickets are available for purchase on the official website. Advance-purchase tickets are discounted and range from $18 for a regular adult ride on the Orlando Eye, or $32 for a VIP adult ride, and a combo adult ticket to all three attractions goes for $35. AAA members have even better offers available when they purchase tickets before May 4th, including a combo adult ticket for all three attractions at $25.99 plus tax. Check out AAA’s website for full details.

An original attraction coming to I-Drive 360 will be Skeletons: Animals Unveiled! – America’s largest skeleton museum, featuring over 400 real life animal skeletons. This educational and interactive experience will welcome guests beginning Friday, May 1, 2015, a few days before the other attractions.

The final attraction, opening this summer, will be Arcade City. No details have been announced yet, but this is sure to be another huge draw for families with children visiting I-Drive 360.

Around the main courtyard—and a water feature with a 1.5-million dollar water show set to music and color-changing lights—there will be over twenty eateries and shopping locations. I-Drive 360’s restaurants will suit every type of occasion and budget. There will be popular chain restaurants like Outback Steakhouse, Carrabba’s Italian Grill, Shake Shack, Buffalo Wild Wings, Yard House, and even a Ben & Jerry’s. Complementing these, there will also be some unique spots, such as Tin Roof: A Live Music Joint, a bar and restaurant where there’s live music every single night, and Cowgirls Rockbar, where you can find Orlando’s only mechanical bull. For those looking to do some retail therapy, I-Drive 360 also has you covered with plenty of shops selling all sorts of items from flip flops to Tervis tumblers. Many of these establishments are already operating, with more still to be announced and opened in the near future. Check out the official map below for the specific locations within the complex.

You can visit I-Drive 360 at 8445 International Dr. Orlando, Florida 32819 (South of Sand Lake Road). Parking is available for FREE at I-Drive 360’s own seven-story parking structure.

Join the discussion about I-Drive 360 on the Orlando United forums! If you have any comments or questions for me, you may reach me at Felipe@OrlandoUnited.com or on Twitter @FelipeWWoHP.

Stay tuned to Orlando United for more news and information about I-Drive 360, as well as all the popular attractions around The City Beautiful! 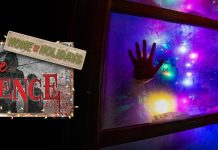