October 3, 2015 – Hello and welcome to a new series for the 2015 Halloween Horror Nights season. In this series, I will give you a closer look at each of this year’s mazes. My goal is not to give you a play-by-play of these mazes. Instead, I will be giving you some movie background as well as my initial impressions of how the story, design, and scare-acting were executed. 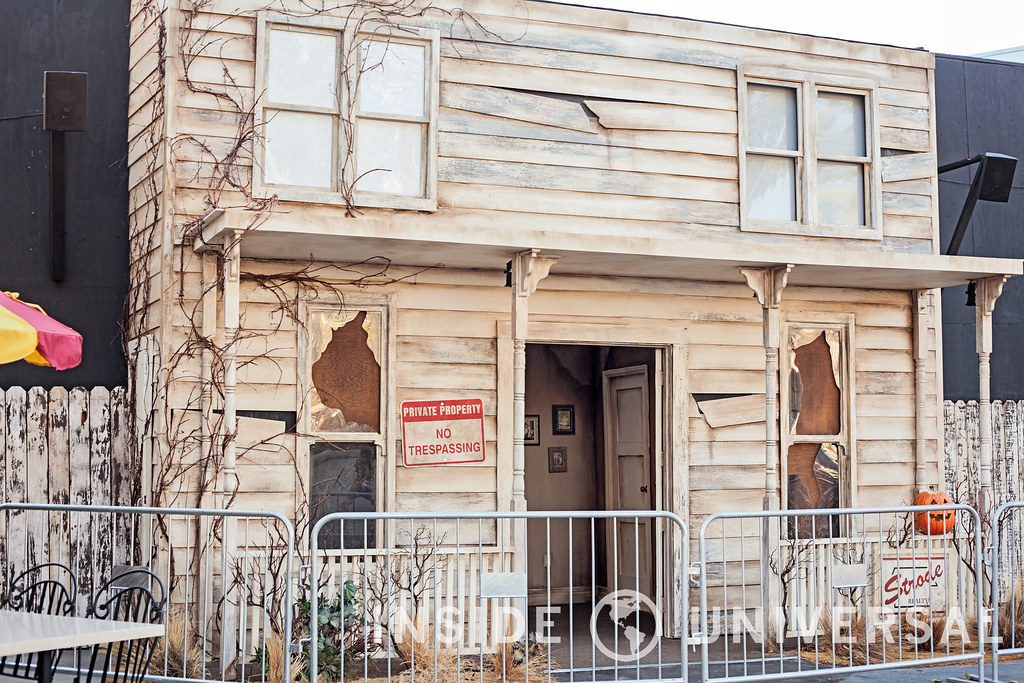 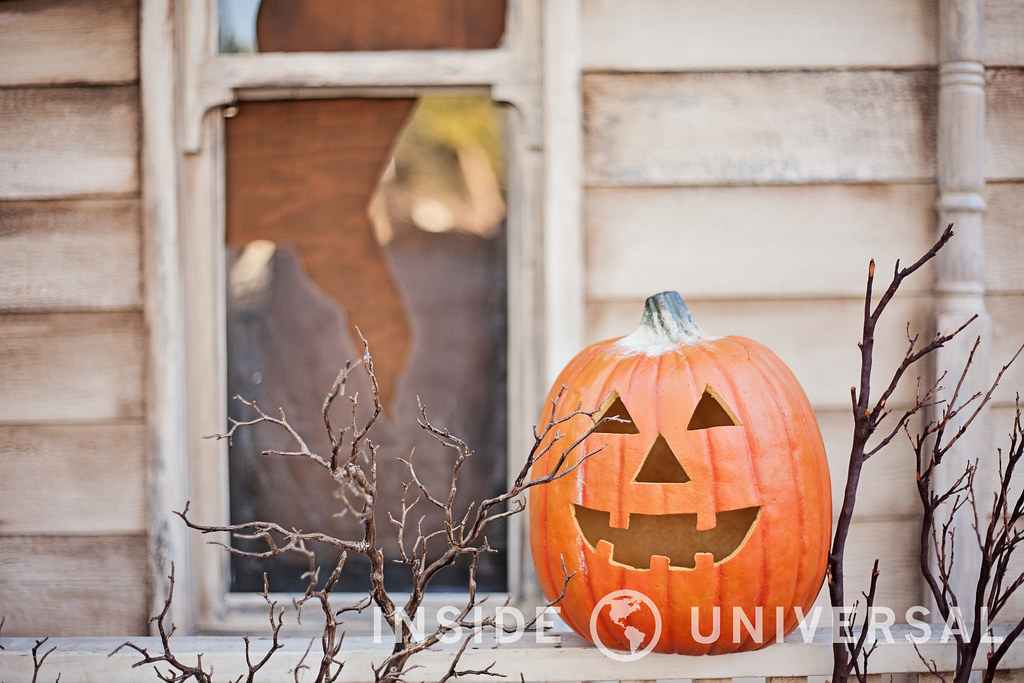 On October 25, 1978, John Carpenter released a horror movie about a troubled young man set to return and terrorize his hometown just days later on Halloween night. Halloween (Carpenter, 1978) tells the story of a 6-year-old boy who stabbed his older sister, Judith, to death with a butcher knife on Halloween night, 1963. After which, he was sent to grow up in Smith’s Grove Sanitarium under the care of Dr. Sam Loomis (Donald Pleasence). Much to Dr. Loomis’s dismay, Michael Myers escaped 15 years later, just one day before Halloween. After working with Michael for so long, he knew exactly where his destination was: Haddonfield, Illinois. Set on murdering the last Myers sister, Michael stalks Laurie Strode (Jamie Lee Curtis) throughout the day, murdering her friends, and finally makes his attack on his sister. Unlike her friends, however, Laurie, with the help of Dr. Loomis, fights to keep Michael away. But, as Tommy Doyle points out, “You can’t kill the boogeyman.”

According to IMDB, John Carpenter and Debra Hill created this iconic film for only $300,000. However, the movie went on to make an estimated $47 million dollars. The film was so successful that it sparked the creation of multiple sequels and remakes for a total of 10 films in the Halloween franchise. There is even rumored to be an eleventh film in the making. For this reason, it is no surprise that John Murdy’s announcement was welcome with huge excitement and anticipation.

However, with big anticipation come even bigger expectations. My love for the Halloween franchise is new, but has grown immensely since I first watched the movie just a few years ago. Yes, I know, I’m late to the game, but this movie quickly went towards the top of my all-time favorite movies. Because of this, I was skeptical to see how John Murdy and his team were going to create a maze that this movie deserved. Thankfully Murdy is as big of a Halloween fan as I am because this maze was executed beautifully. In between screams of terror, I walked through this maze with a huge grin across my face. 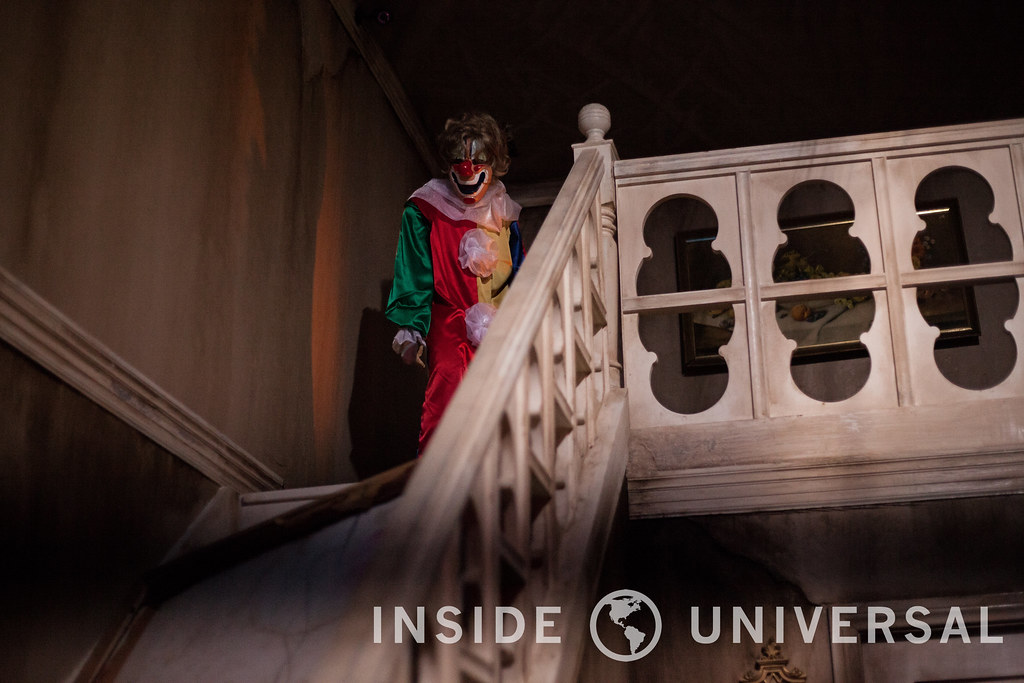 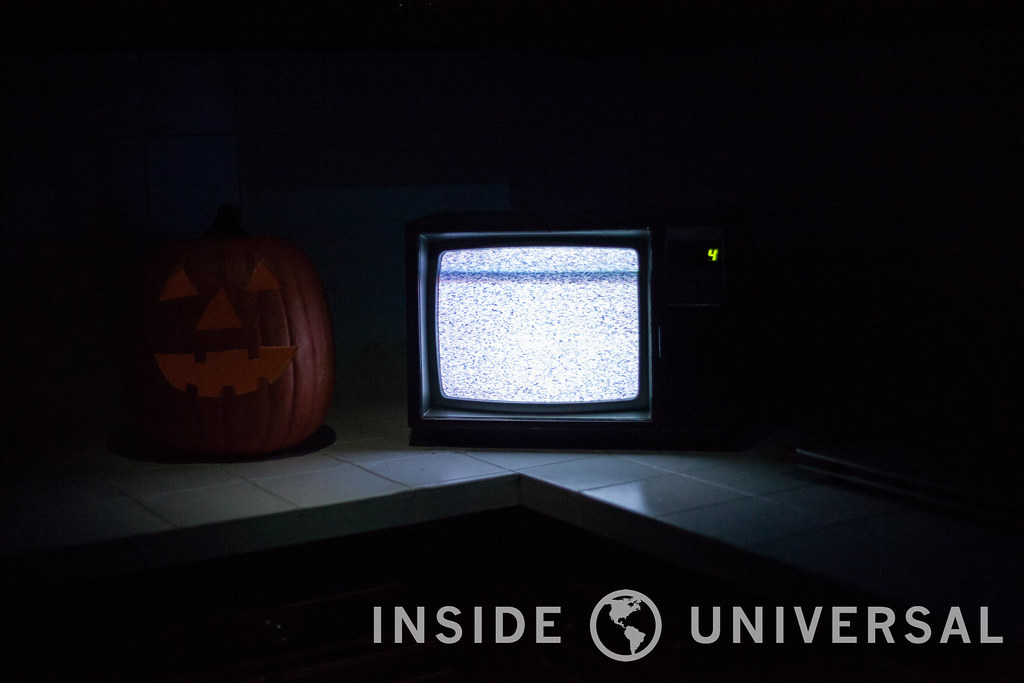 The storyline of Halloween: Michael Myers Comes Home follows that of the 1978 film starting in the 1978 dilapidated version of Michael’s Haddonfield home. While you’re waiting in line, you can see, and hear, Michael killing Judith in the upstairs window. As I moved through the different scenes from the first movie, I found myself feeling how Laurie must have felt as Michael stalked, chased, and tormented her throughout the day and night. Each room was decorated in typical late 1970’s style, scenes from the movie were executed almost identically with recognizable props and characters, and the overall paranormal feel was consistent throughout the maze. Like in the movie, where Michael Myer’s appears and then disappears as if he were a ghost, John Murdy and his team managed to create the same feeling with his Michael scare-actors.

Speaking of scare-actors, the ones in this maze were on their A-game on opening night. Obviously, this maze was filled with Michaels, but a handful of secondary characters were present as well, including Dr. Sam Loomis, Lynda van der Klok, Bob Simms, and even some trick-or-treaters wearing masks from Halloween III: Season of the Witch (Wallace, 1982). While Bob only makes an appearance postmortem, Dr. Loomis and Lynda were portrayed by live scare-actors in the two non-scare scenes.

We first see Lynda in the bedroom scene where Michael Myers strangles her with the telephone cord. While Laurie complains over the phone’s speaker that Lynda is playing another trick on her, Lynda is fighting for her life under Michael Myer’s grip. This scene was created so well that it looks as if the Michael scare-actor is actually strangling the Lynda scare-actor, when, in reality, no pressure is put on her neck at all. This trick is done with a necklace made to look like a telephone cord is worn around her neck for her to desperately grab at while Michael holds a separate cord connected to a harness on her back. It’s so convincing that I sometimes found myself wanting to help the poor girl out.

Dr. Loomis makes his appearance in my favorite scene of the maze. Murdy recreated the closing scene of Halloween where Dr. Loomis finally confronts Michael Myers and tries to kill him. Both the casting and the acting were done so well, that you almost think you’re in the same room as Donald Pleasence. In this scene, Michael goes after a guest but is stopped by Dr. Loomis as he shoots him, like in the movie. If you get the chance to go through this maze more than once, try to see the entire scene. It’s very impressive. 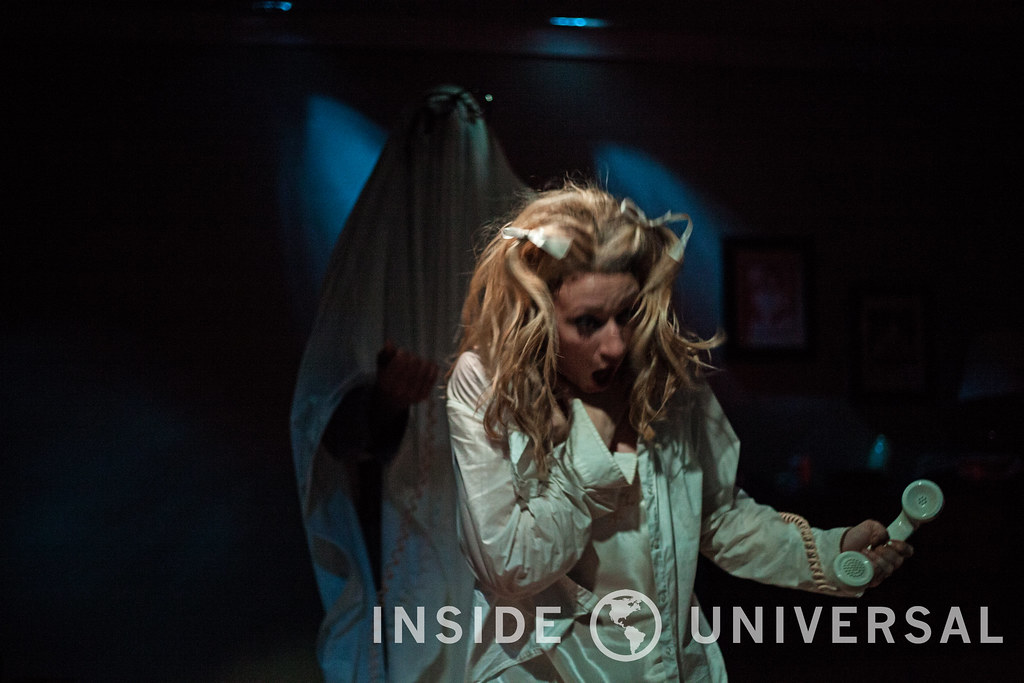 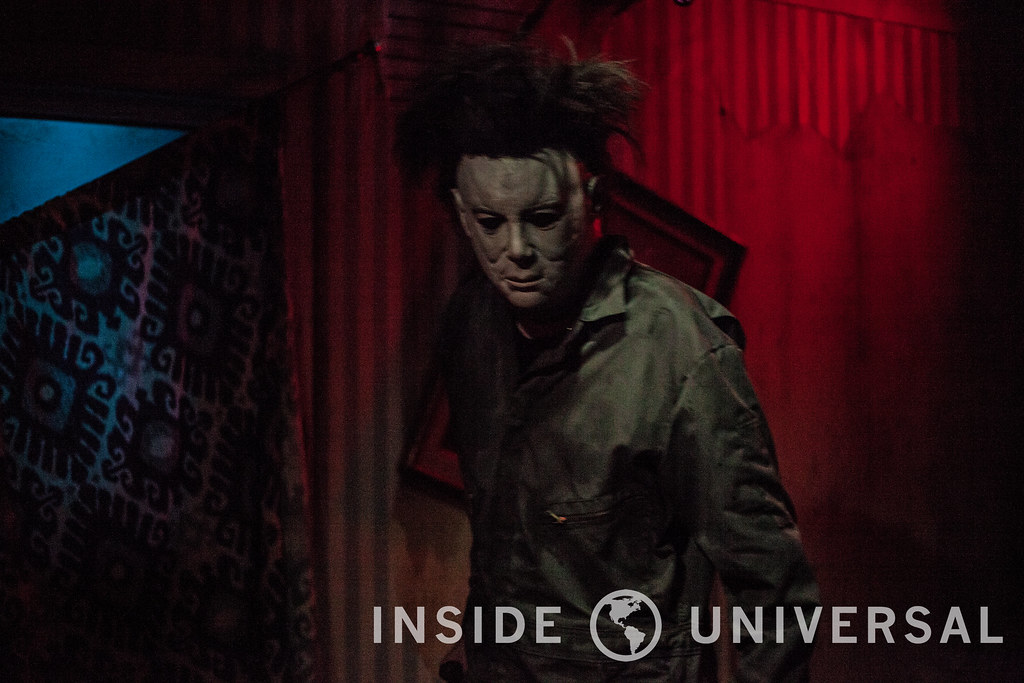 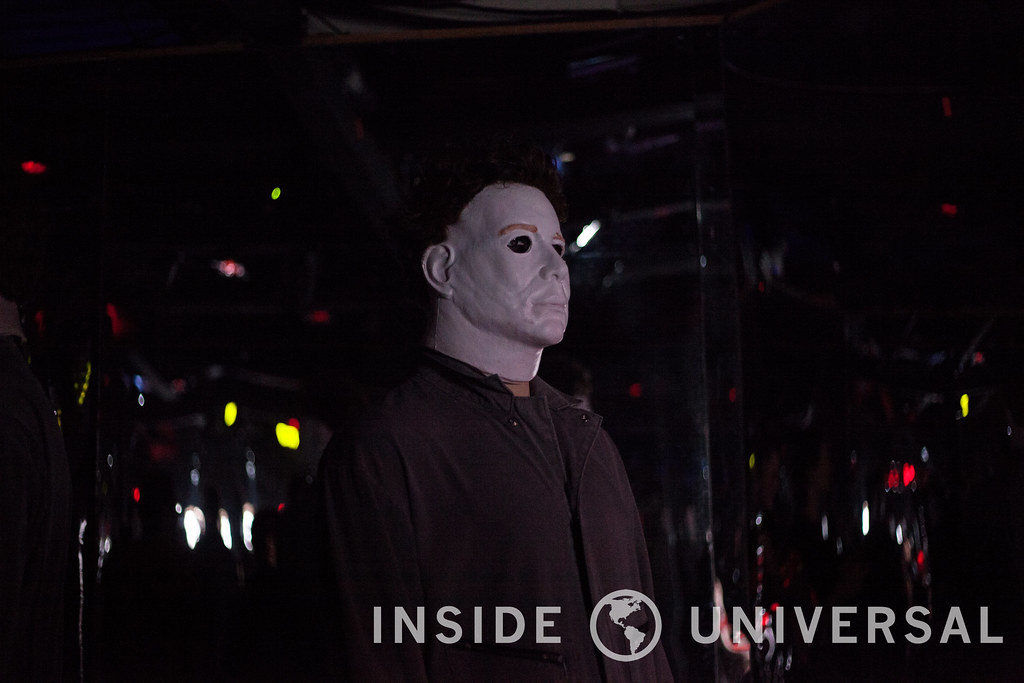 Overall, I thought this maze was absolutely fantastic. The level of attention paid to detail in this maze is apparent in the storyline, soundtrack, decorations, and acting, which is something I always appreciate seeing. For any die-hard Halloween fan out there, I highly recommend checking this out. You won’t be disappointed. For those who have been through this maze, let us know your thoughts down below!