After a lengthy and extensive remodel, Mel’s Diner has reopened inside Universal Studios Hollywood. The legendary diner from American Grafetti closed for refurbishment late last summer and is finally ready to serve guests once more.

Mel’s has replaced the old pick-and-choose service style with a new walk-up counter. Guests may order their food at a cash register and then head to the counter for pick up. The ordering style is much more like the Krusty Burger or Three Broomsticks.

The kitchen has been refreshed and relocated, taking up the back half of the restaurant. With its expansion, Mel’s new kitchen space has been concentrated away from guests. Mel’s menu has remained very similar, featuring two types of burgers, a chicken sandwich, chicken tenders, a chili dog, a veggie burger, turkey leg and a California cobb salad. Desserts feature milkshakes, an individual apple pie, Mel’s cookie, and an Oreo brownie are also available for order.

Theme-wise, the restaurant is now more aligned with its sister diners in Universal Studios Japan and Universal Studios Singapore, featuring a brighter interior and revised decor. Comparisons may also be made to Cabana Bay Beach Resort at Universal Orlando Resort, a themed hotel based on a romanticized view of 1950s America. 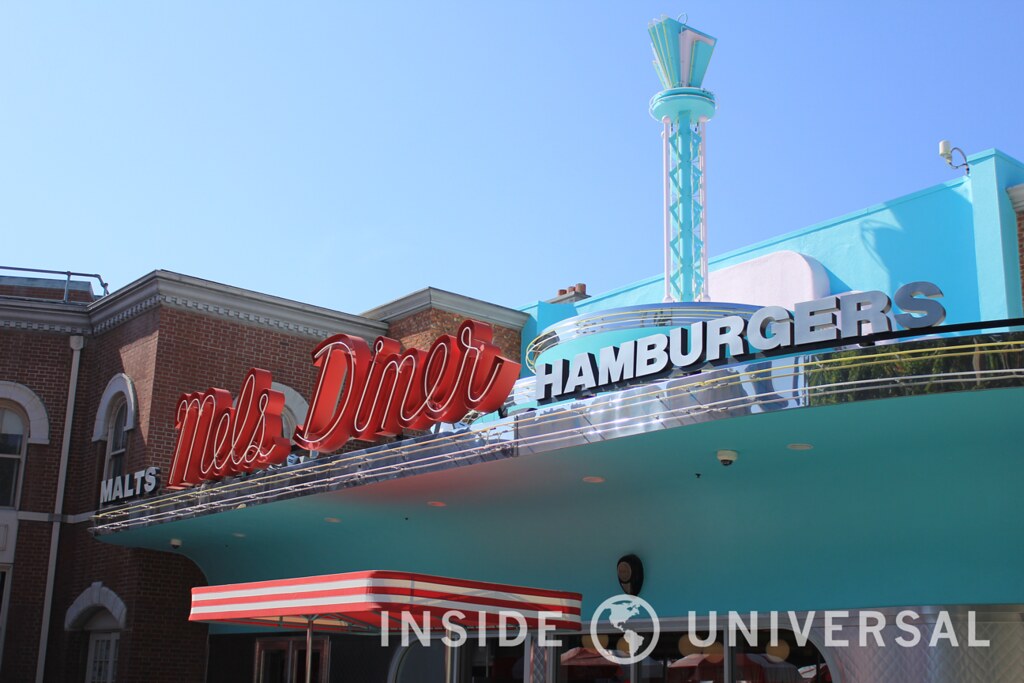 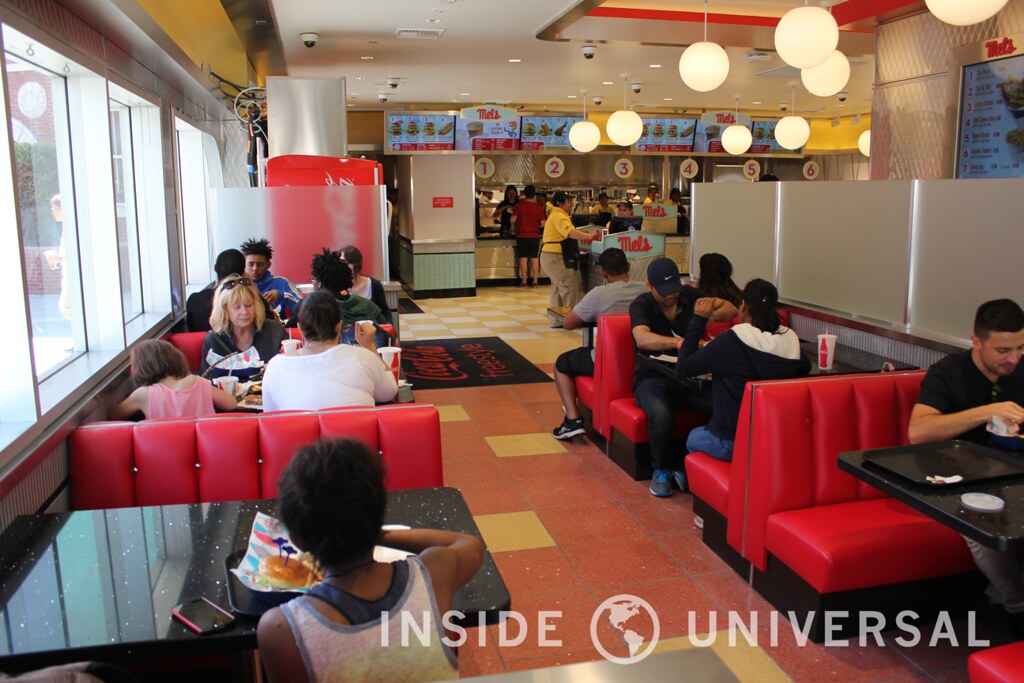 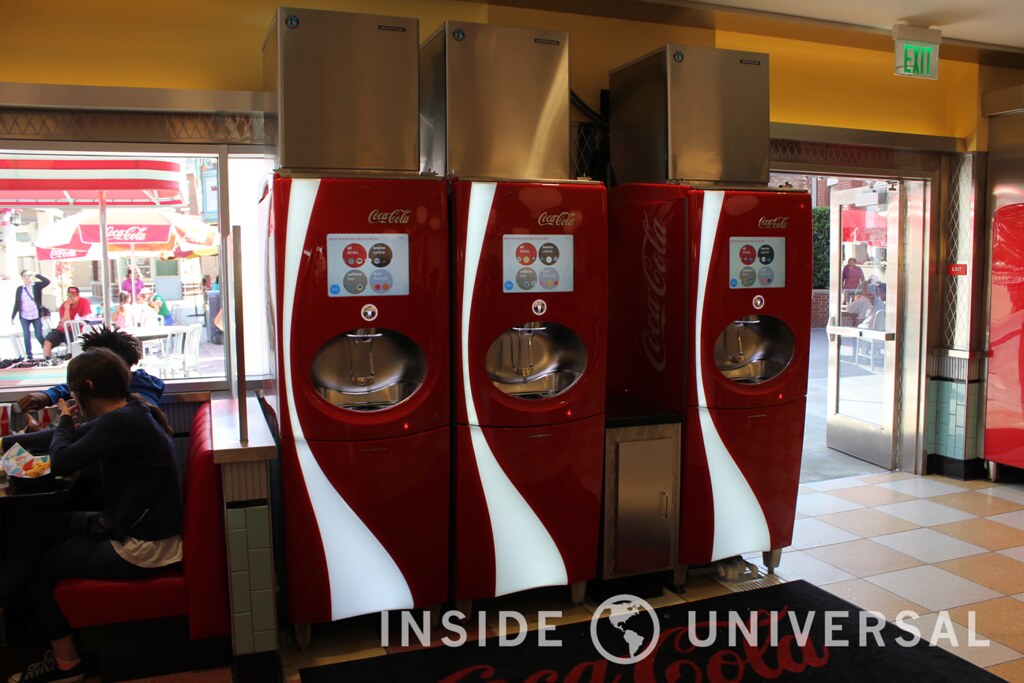 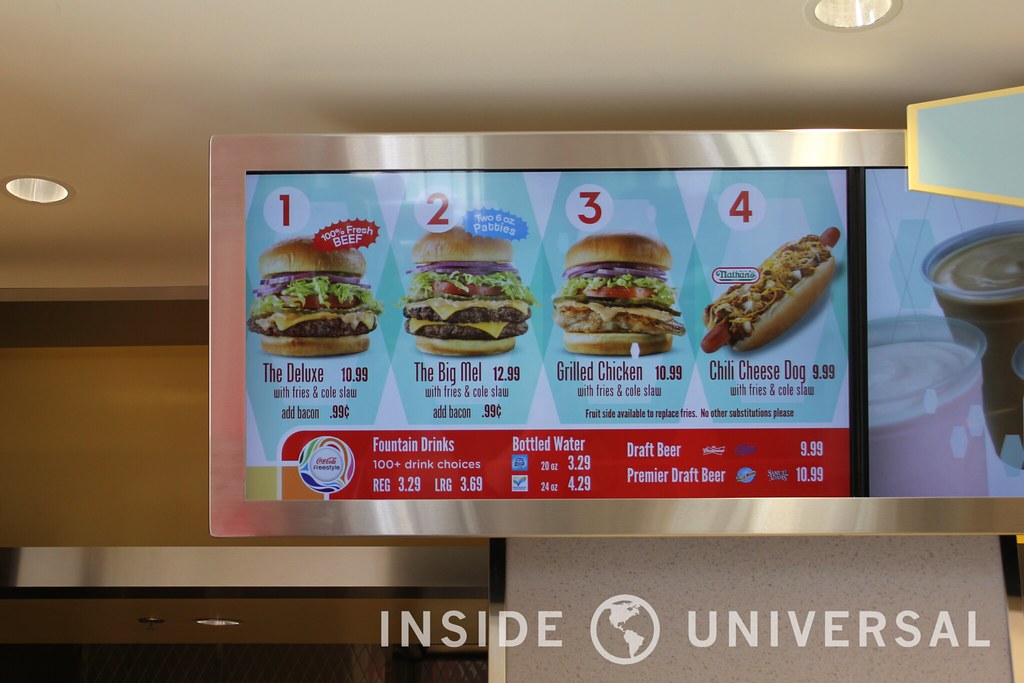 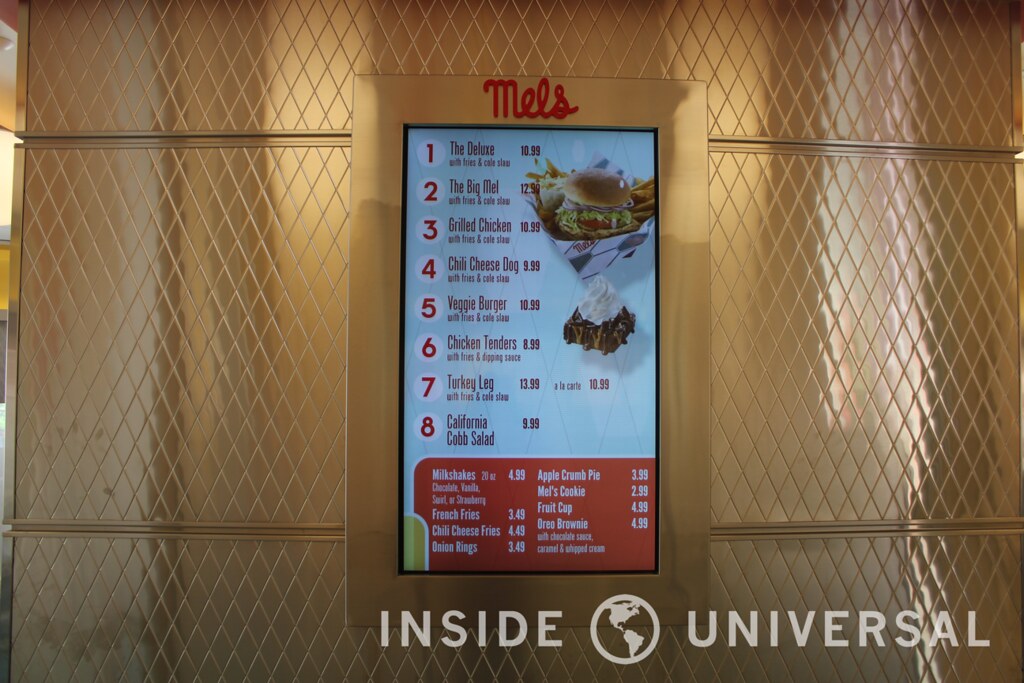 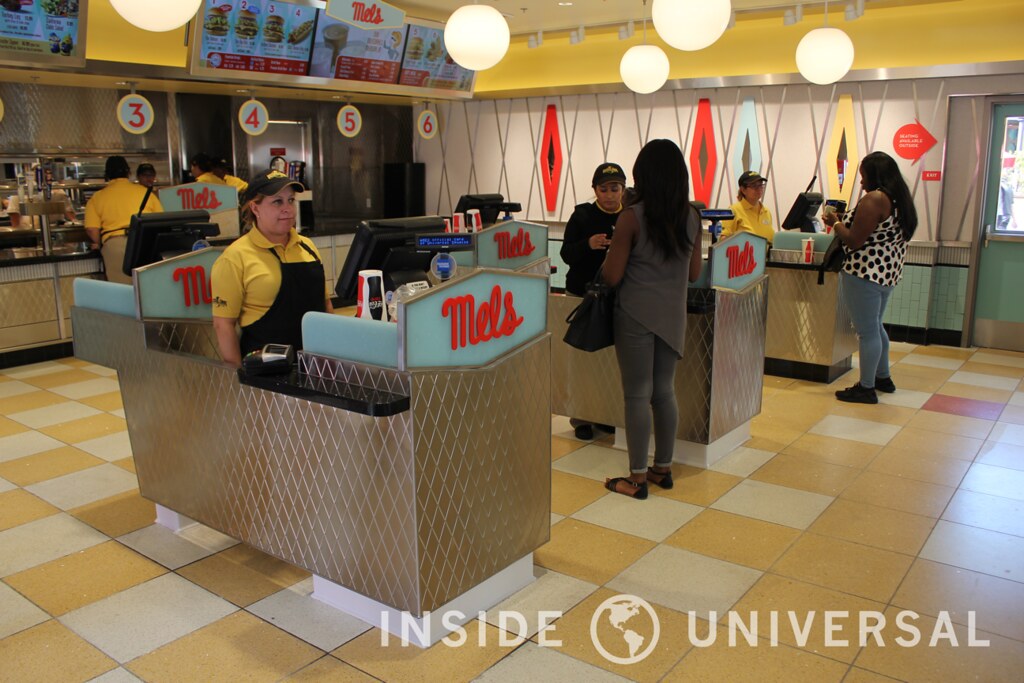 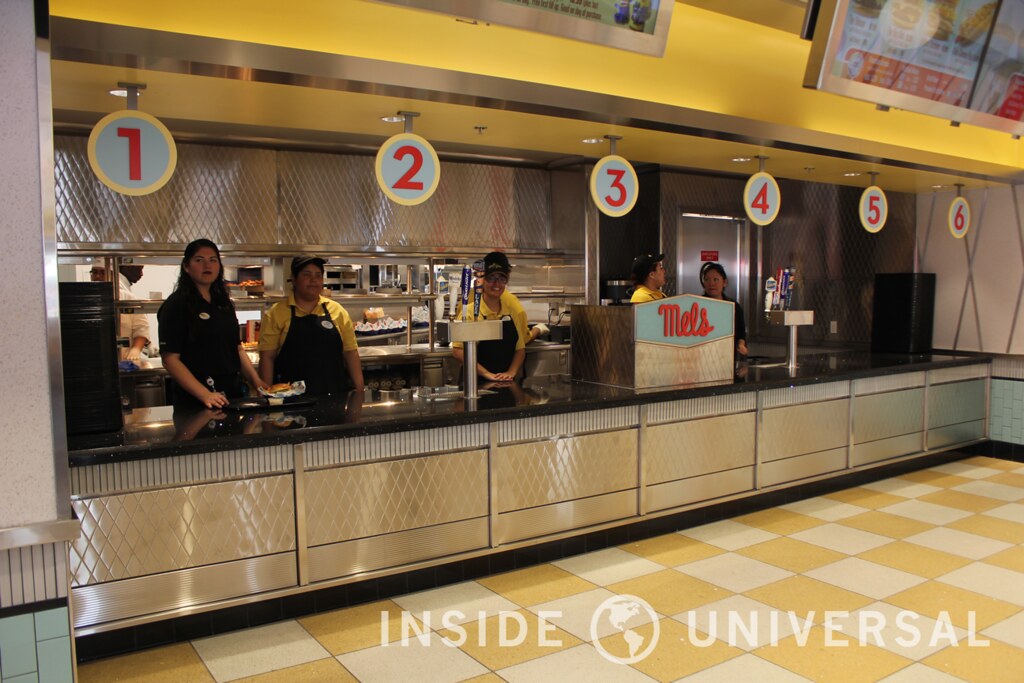 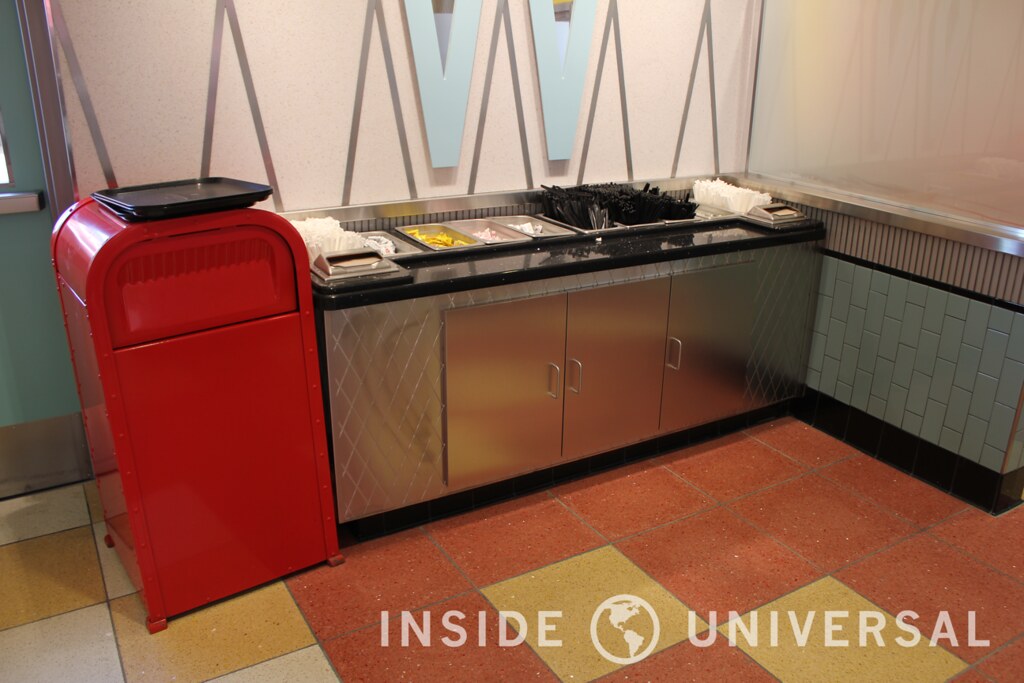 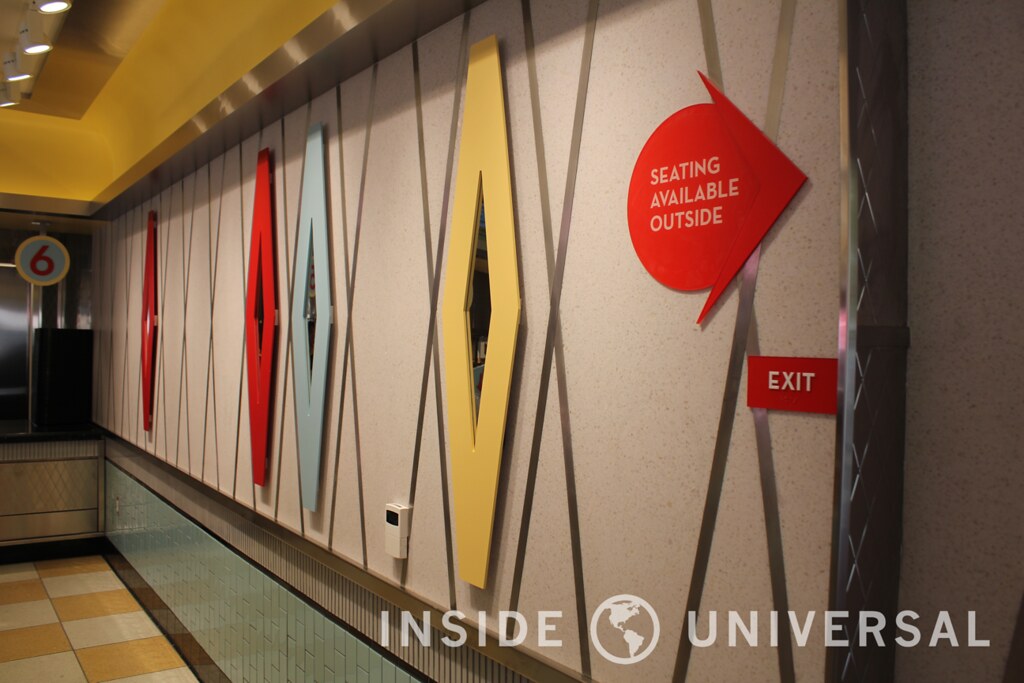