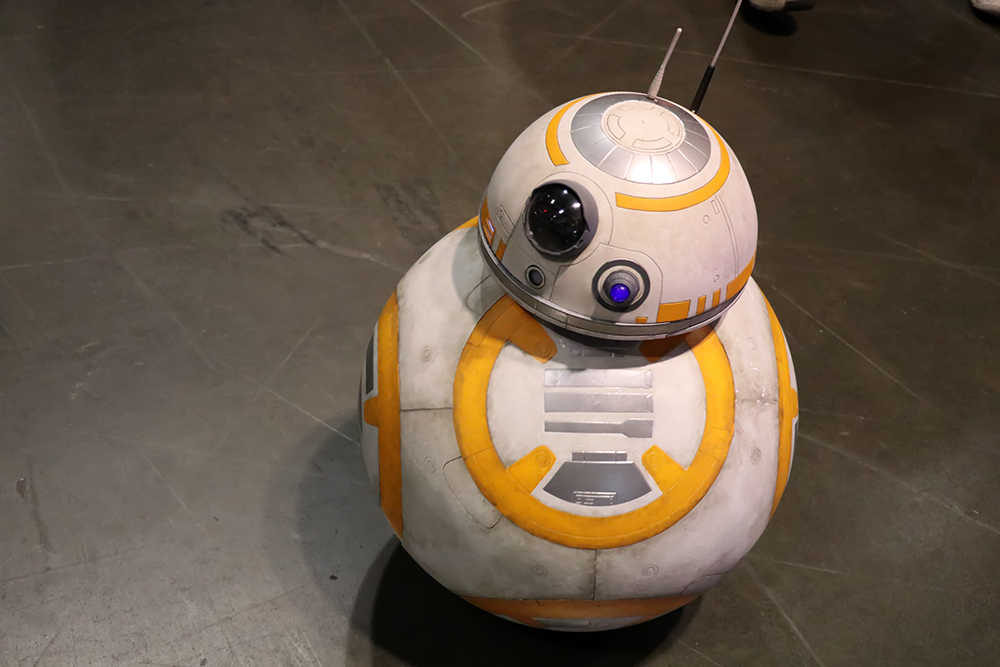 Star Wars Celebration has come and gone, with a huge turnout for the mega-event over the course of 4 days. Star Wars fans worldwide converged at the Orange County Convention Center to not only celebrate 40 years of the first movie’s release, but also purchase all the Star Wars memorabilia they can handle, and hopefully meet one of their favorite actors from this films.

During the panel, everyone shared their perspective on the franchise’s history and favorite stories from filming. The panel also included a touching tribute to the late Carrie Fisher, known for playing Princess Leia in the films. Billie Lourd – Fisher’s daughter, dressed in a more chic version the iconic dress from “A New Hope” – introduced the tribute video.

R2-D2 actor Kenny Baker was also honored during the panel.

The big news from Celebration was the first official look at the upcoming Star Wars: The Last Jedi, which is slated to be released in December 2017. Writer-director Rian Johnson, along with producer Kathleen Kennedy, and several of the film’s stars were on hand to introduce the trailer, as well as revealing small little details about the film. Everyone on hand played it to close to the chest, but did reveal a new character Rose, played by Kelly Marie Tran, is expected to be a big, new addition; and Finn, played by John Boyega, is toying with either running from the fight, or staying and helping the Resistance. Until more info is given, we’re just going to have to enjoy this trailer over and over until the next one is released.

Theme park fans were aching to find out anything during this panel, and while nothing earth-shattering was shared – which is not surprising as D23 is coming in August – we did learn a few things coming to the parks.

First, a new destination from The Last Jedi will be coming to Star Tours – The Adventures Continue at Disneyland park and Disney’s Hollywood Studios later this year. Guests will travel to the planet of Crait in the middle of an epic battle. This will be the 2nd new scene added to Star Tours. In 2015, Jakku was added leading up to the release of The Force Awakens.

Members from Disney Imagineering also began teasing on what guests can expect for the new Star Wars Land coming to both Disneyland and Disney’s Hollywood Studios. Imaginners emphasized that the new land will all take place at an “outpost” planet that doesn’t exist yet in the Star Wars universe and is located “somewhere on the Outer Rim — lying on the edge of the Unknown Regions.” The biggest takeaway from the panel was not so much about the ride details, but what the land is promising in terms of immersion. Guests will be able to align with The First Order or The Resistance; and their actions in the land, and the attractions, will impact their experience in the land.

Another big announcement from Celebration – although it may have been slightly spoiled with a leak earlier in the week – is the forthcoming Star Wars Battlefront II, a sequel to the popular first and third person shooter video game. Expected to launch on November 17 for Xbox One, PlayStation 4, and PC, the new game is expected to improve upon some of the criticisms, as well as everything gamers loved from the first one. The single-player will feature Iden, an elite Stormtrooper and member of the “Inferno Squad”, and will follow her and the Galactic Federation after their defeat at the end of “Return of the Jedi” and bridge the gap to “The Force Awakens”. Space battles will be added as part of the multi-player mode, as well as everything that made the first game successful. In addition, more characters, modes, and locations from all “3 eras” will be added.

Celebration gives fans a chance to dress up as their favorite character, whether it be authentic as possible or an entirely creative mash-up. Many attendees look forward to seeing how creative fans will get with their costumes, and they didn’t disappoint. While many tried their hands of their unique version of a Jedi – i.e. Darthwing Jedi, Justice League Jedi… – one thing we noticed was that many women were more diverse, outside of the usual Princess Leia/Slave Leia. This is no doubt thanks to the newer movies inclusion of more female characters and more female heroes since the original trilogy.

Check out our photo gallery as well as there is plenty more costumes that we couldn’t include in the video.

Celebration is the ultimate event to go to for any Star Wars fan. With all the new movies coming out, all the movies that have already come out, merchandise, fans, and general atmosphere of love for one franchise; it truly is a one-of-a-kind experience and a must-do event. There was much more outside of the popular Meet & Greets and discussion panels; including watching droid races, costume contests, countless memorabilia displays, and more. The event though proved to be quite popular which saw long lines over the course of the whole weekend. We were unable to visit many of the panels due to this. The next official Celebration is slated for a location and date soon-to-be announced, but will happen in 2019.