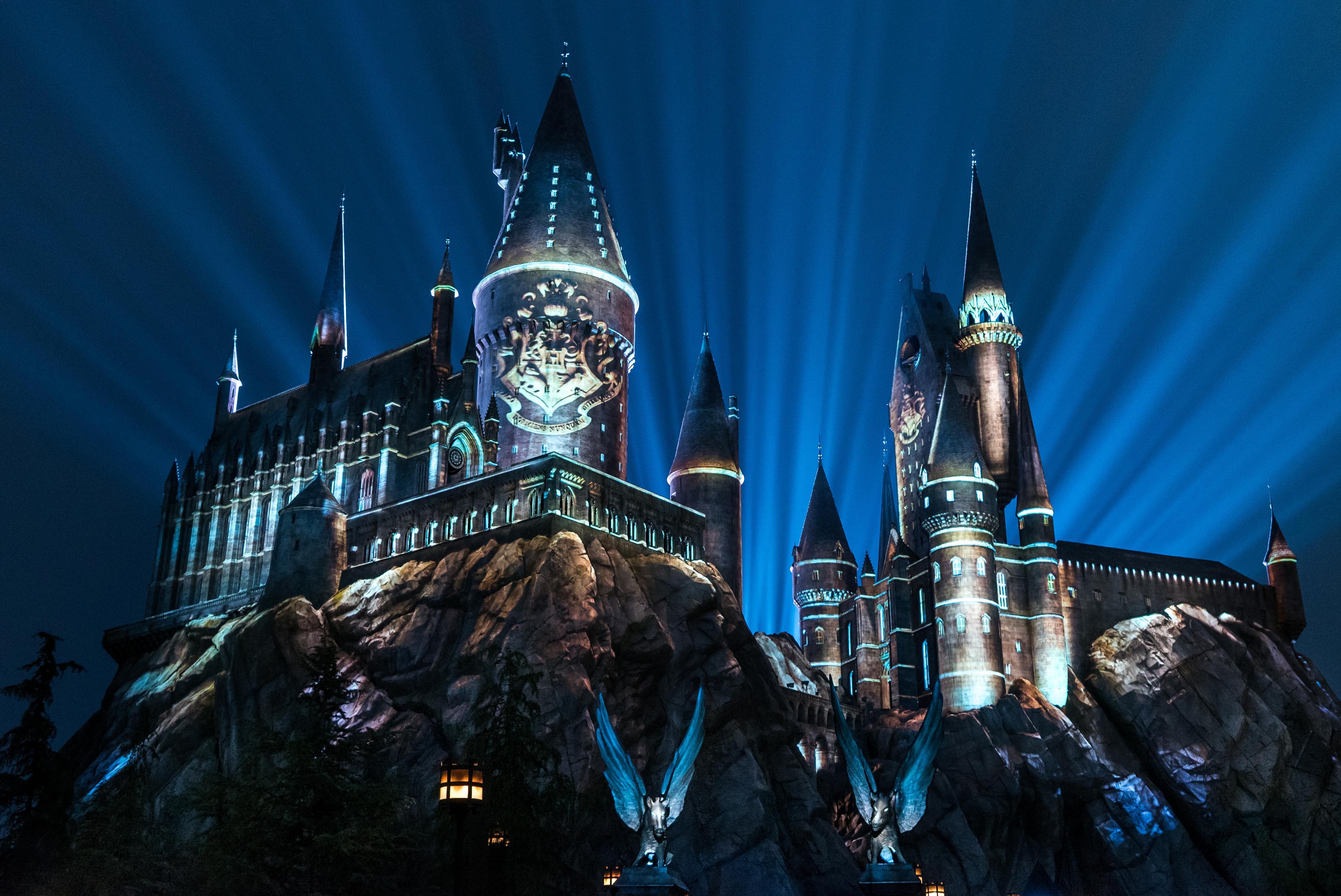 Universal Studios Hollywood has announced they are adding more experiences to the Wizarding World of Harry Potter this summer and will introduce new wand magic experiences, authentic costume replicas, lunchtime menu items and the popular return of “The Nighttime Lights at Hogwarts Castle.”

This summer’s installation of two additional wand locations will make a total of 15 wand magic experiences. The Incendio fire-making spell, similar to the experience found in Universal Studios Japan’s Wizarding World, will shoot flames of varying size based on skill level. The Alohomora unlocking spell will also be added – which will “unlock a series of intricate locks that may reveal the fiery breath of a creature hidden behind a secret door.”

Three Broomsticks will be expanding its lunchtime menu with a selection of traditional British fare, including:

Gladrags Wizardwear will also be adding new apparel inspired by the films, including a high-end replica of Professor Severus Snape’s robe, as well as a replica of Hermonione’s dress worn at the Yule Ball as seen in Harry Potter and the Goblet of Fire, which is now available in adult and children’s sizes.

Other wizard attire includes a replica of the cardigan worn by Neville Longbottom in the Battle of Hogwarts scene in the film series finale. Select attire is available in a variety of sizes from toddler to adult.

Just like the talking mirror in the Harry Potter films, Madam Malkin’s Talking Mirror will entertain guests with a variety of complimentary remarks. The experience will be located in the corridor between Dervish and Banges and Gladrags Wizardwear.

In addition, “The Nighttime Lights at Hogwarts Castle” returns for a limited time only, beginning Sunday, June 24.

The nighttime show highlights the four houses of Hogwarts: Gryffindor, Ravenclaw, Hufflepuff and Slytherin, and culminates with awesome beams of lights that fan into the night sky.