The Holidays have returned to Universal Studios Hollywood once again! Grinchmas returns to the Universal Plaza and “The Magic of Christmas at Hogwarts Castle” nighttime show is back in the Wizarding World.

The most notable update to this year’s lineup is at the Who-liday Celebration. The set has been completely revamped. It now features three-dimensional, two-story homes for the Whos, a new stage, and a new meet-and-greet location for Max. A new show titled the Who-ville Welcome Committee has been added to the line-up. Taking place throughout the day, the Welcome Committee picks three kids from the audience to test their talents in becoming the new Junior Cheermeister. Characters waving from second-story balconies, the new sets, and the addition of a new daytime show work together to make this Grinchmas feel more alive than ever. 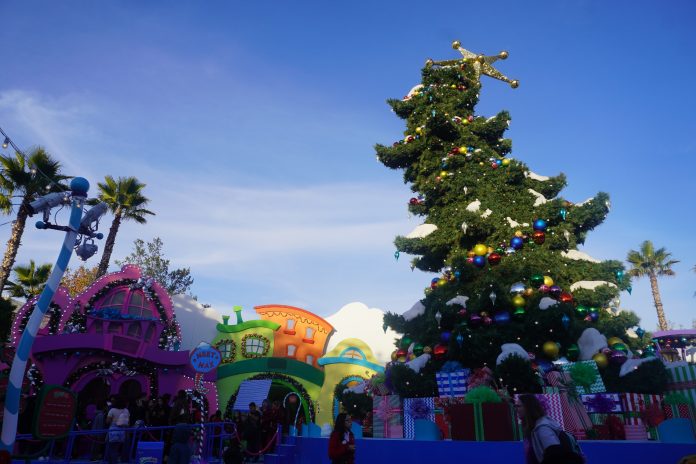 The Grinchmas Tree Lighting ceremony has also received content updates. The ceremony now features a cast of six and a longer runtime, as well as utilizing the new houses to great effect, and a new grand entrance for the Grinch. There are also now rows of benches, however, these fill up quickly so be sure to arrive early if you’d like a seat. Best of all, the ceremony now runs every night. This is all in addition to the returning Story Time with Cindy Lou-Who, the walk-around Who-ville Whos, the 65-foot curvy Grinchmas tree, and of course, the ever-popular Grinch meet-and-greet.

Also returning once again is Christmas in the Wizarding World. Although these offerings are similar to last year, that doesn’t make it any less enjoyable. The Frog Choir returns to the Triwizard Stage with their magical holiday setlist, and the nighttime show returns to Hogwarts Castle. Guests can also once again pick up the seasonal Hot Butterbeer at the Three Broomsticks. 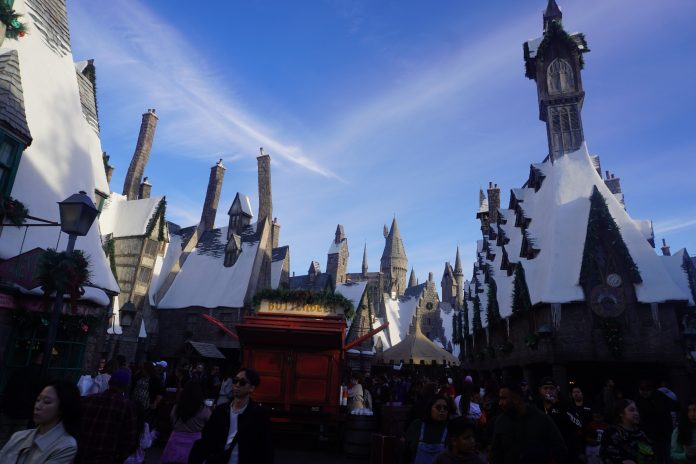 One of the best parts of the Holidays is not just the shows, but the change in the atmosphere to the whole park. The decorations that adorn the whole park have returned, as have the Christmas-inspired outfits worn by many of the park meet-and-greets, such as Donkey and Hello-Kitty.

It’s amazing to see Hollywood not just bring back all the fan favorites of the holiday season, but step up its offerings. We love the changes made to Grinchmas and cannot wait to go back.

The Holidays at Universal Studios Hollywood runs daily through January 1, 2023. 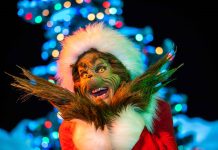