Universal Studios Hollywood recently invited Inside Universal to get a sneak peek of Super Nintendo World before it officially opens with a tour with Jon Corfino, the Vice President of Universal Creative.

Not only is this Hollywood’s first major new land since the opening of the Wizarding World of Harry Potter back in 2016, but this will be the first Super Nintendo World to open stateside – so this is a monumental moment, with all theme park AND video game fans focused on the land’s opening next month.

When introducing us to the land, Corfino said, “There’s no rules here. It’s just like the game; where you can explore however you want to, in whatever order. It’s all about discovery.”

One of the key elements of the land is the Power-Up Bands. These bands, which are $40, are what track your progress in all the minigames throughout the land and the Mario Kart ride. If you collect three keys from various game challenges, you’ll gain access to the Bowser Jr. boss battle, where you have to defeat a wave of enemies along with 11 teammates. 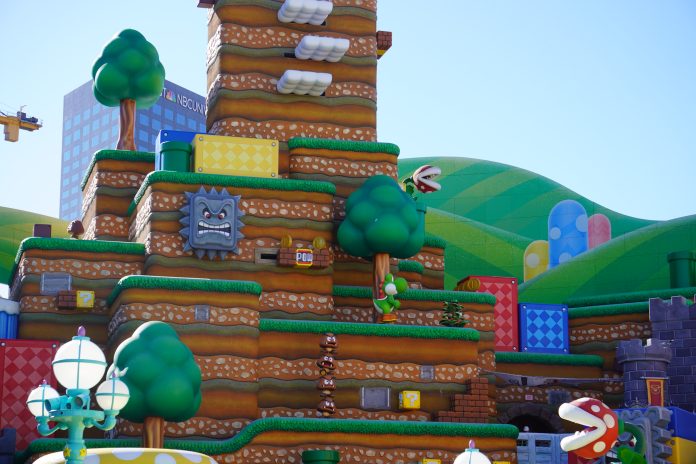 Of course, the main attraction is Mario Kart: Bowser’s Challenge. While we did not get to experience the ride, we were able to tour the queue.

Guests will enter the Mario Kart queue on the first floor of the land, through Yoshi’s Island. Since Hollywood’s version does not feature Yoshi’s Adventure attraction, this is how Universal was able to keep Yoshi represented within the land.

This part of the queue is adorable, with Yoshi himself making an appearance on screens where you’ll see him pass by. There’s even a cave section that is exclusive to the Hollywood version of the land. Eventually, guests will reach Bowser’s Castle as you prepare for King Koopa’s challenge. The entire queue for Mario Kart is filled with detail, including references to previous games, like Mario Galaxy. 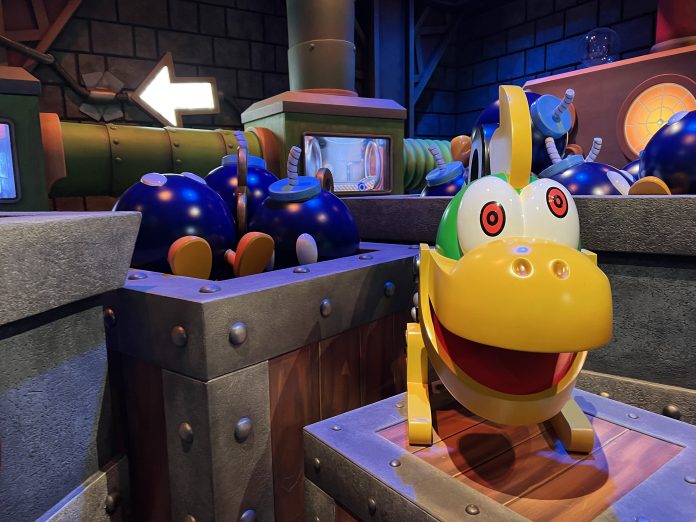 The ride itself contains revolutionary technology that combines physical sets, projection mapping, and augmented reality. At the end of the queue, guests will be taken into a preshow room where they get fitted with a visor to which their augmented reality goggles will attach to. 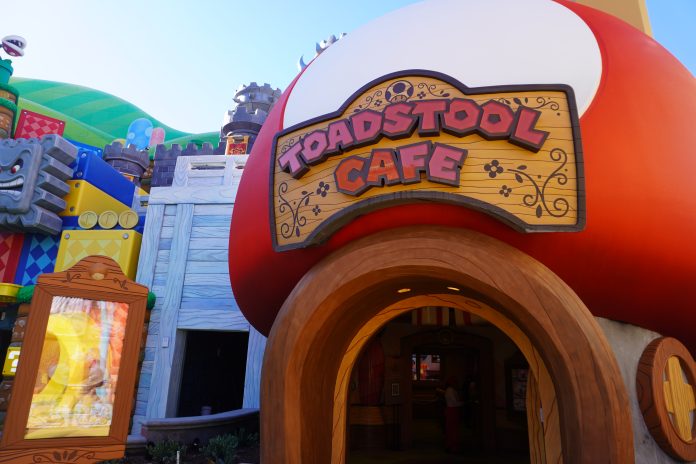 Many fans were worried that Super Nintendo World would feel cramped, as Hollywood’s version has a smaller footprint compared to Osaka’s Super Nintendo World. However, once I went through the warp pipe and exited Peach’s Castle into the central area, thoughts of the land being too small immediately exited my mind. The land feels big. The various warp pipes and games lining the walkways contribute to making a land that you can explore for hours.

Not only does the land feel big, but the amount of kinetic energy means there’s a never-ending supply of things to look at, with Piranha Plants chomping, Goombas traversing, Thwomps thwomping, coins spinning, and so much more.

As this was a preview, we weren’t shown everything, and we also can’t show everything; but rest assured – Super Nintendo World is going to be special. The preview only has us anticipating the land’s opening even more. From the second you step in, you truly feel like you are in a video game, allowing you to receive a truly individualized and immersive guest experience.

Super Nintendo World is set to officially open on February 17, 2023.