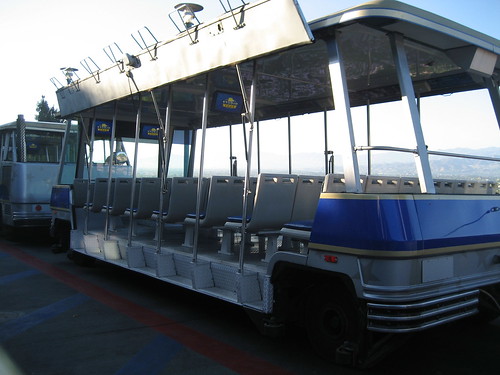 Universal City, California– Hundreds of prospective job seekers are expected to line up at Universal Studios Hollywood on Monday, April 19 as The Entertainment Capital of L.A. auditions Studio Tour Guides in preparation for the most dramatic transformation of the historic studio backlot in decades: the opening of “King Kong 360 3-D” Created by Peter Jackson, the world’s largest, most intense 3-D experience, and the unveiling of four acres of movie sets and filming locations, newly rebuilt over two years since the June 2008 fire.

Auditions will take at least three hours and are planned from 2:00pm to 5:00pm at Universal Studios Hollywood.
When hired, the approximate 40 English and Spanish speaking guides will serve as Studio Tour ambassadors, taking visitors behind the scenes of the working studio environment.

Making its colossal debut this summer, “King Kong 360 3-D,” based on Peter Jackson’s 2005 blockbuster, will open as a signature ride on the world famous, behind-the-scenes Studio Tour. Hailed as the world’s largest, most intense 3-D experience, “King Kong 360 3-D” will feature visceral state-of-the-art special effects with new 3-D media to deliver an incomparable theme park ride of epic proportions. Studio Tour guests will be transported to Skull Island where they will find themselves catapulted into the middle of a terrifying struggle between a giant T-Rex and “the eighth wonder of the world” – King Kong.

The four newly rebuilt acres of film production sets will cover 317,000 sq. ft. on a site where countless tent pole movies, television shows, still shoots and commercials have filmed since the 1920s. Throughout the reconstruction process, filmmakers have been interested in the model, design and construction of this premier location. Already, A-List directors are reserving locations for the filming of upcoming blockbusters with star-studded casts.

The great majority of the studio’s famous film locations, including the “War of the Worlds” set, Western Streets, European Street, the Psycho House-Bates Motel, and “Desperate Housewives” Wisteria Lane were untouched by the fire and have remained in continuous use for dozens of motion picture and television productions.

Other enhancements to the Studio Tour, included a recent update to include state-of-the-art, flat-screen Hi-Definition monitors and digital playback system designed to further enhance visitors’ behind-the-scenes experience of a working studio environment.

Because the Studio Tour is constantly changing to accommodate film and TV production schedules, a custom Hi-Def digital playback system has been designed to allow the Studio Tour Guides to instantly select material from several hundreds of clips created for the world-renowned Studio Tour attraction.