Check out some of L.A.’s hottest upcoming bands and established artists on Friday nights:

Celebrity bands give CityWalk a taste of their music on Saturday nights:

Telemundo and Mun2 bring the best of Latin sounds and celebrities to CityWalk on Sundays:

The summer-long party kicks off on Friday, July 9 with Faster Pussycat and Gilby Clarke, the former guitarist from Guns N’ Roses from 7-9p.m. when CityWalk partners with the Sunset Strip Music Festival to showcase an eclectic array of L.A’s hottest upcoming bands and established artists. On July 23, the program heats up when it transitions to 98.7FM’s “Rockstar” battle of the bands competition. A panel of top music executives from popular Sunset Strip venues, sponsoring record companies and the 98.7FM programming department will be on hand to judge the weekly contest. Event dates are Fridays July 9, 16, 23, 30, August 6, 13, 20 and 27. Weekly winners will compete in the 98.7FM Rockstar Finals, which take place at The Key Club as part of the legendary Sunset Strip Music Festival in August. The winning band will receive $10,000, a spot on the Warped Tour 2011, record company meetings, a professional photo shoot and more.

Selected bands will compete in the finals, which will take place at the legendary Sunset Strip Music Festival in August. The winning band will also receive $10,000, a spot on Warped Tour 2011 and a private party for 50 friends at the swanky 98.7FM Penthouse in Hollywood. More information is available at www.CityWalkHollywood.com and www.987FM.com.

The stars shine bright on CityWalk as Saturday evenings rock to the rhythmic sounds of popular celebrity bands, including performances by pop group the BeachGirl5 with former Pussycat Doll, Carmit Bachar (July 10); Frank Stallone, Golden Globe and Grammy Award-nominated songwriter for his work on Staying Alive and the Rocky movies (July 17); “Lost” star Harold Perrineau (July 24); Petree and Jared Lee, both of whom have songs featured in MTV’s “The Hills” (August 7); You Hang Up with “Malcom in the Middle” star Frankie Muniz on drums and Apache Stone featuring Michael Lombardi from “Rescue Me” (August 14); Norman Kelsey opening for Tim Russ of “Star Trek: Voyager” (August 21). Celebrity Band Saturdays begin July 10 and continue every Saturday through August 28 from 7:30-10 p.m.

More information on CityWalk “Plugged-In” music series is available at www.CityWalkHollywood.com or by calling 818-622-1111.

Universal Studios Hollywood is a unit of Universal Parks & Resorts, a division of NBC Universal, one of the world’s leading media and entertainment companies in the development, production, and marketing of entertainment, news, and information to a global audience. 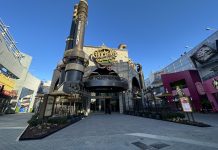 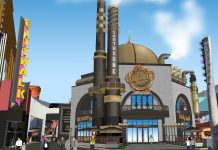 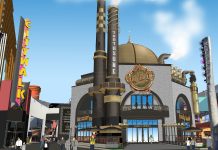