Grinchmas Returns! That time of year has returned and now is a great time to visit Universal Studios Hollywood for the holidays! While the park will be filled with Christmas joy, make sure to enjoy all the world famous rides and attractions that Universal has to offer. Don’t forget to make your way over to Cyberdyne Systems and see Terminator 2:3D before it closes forever on December 31, 2012.

Subway is offering coupons for $15 off general admission for Southern California Residents only for Grinchmas days and through March 31, 2013. 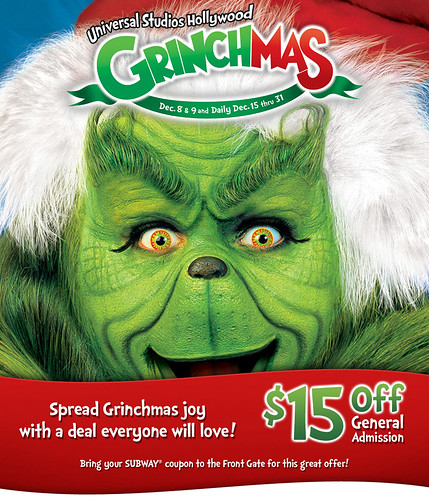 Chris Lord is a contributing editor and the main face of the Inside Universal’s Facebook group.