March 3, 2013 – We’ve just uploaded most of the queue video featured at Terminator 2:3D. Aired as part of Cyberdyne’s internal network, CDYN/CIN detailed the inner workings of Cyberdyne Systems by showcasing some of the company’s latest technologies. While not seen by most guests in its entirety, CDYN/CIN included vital backstory that was essential to the buildup of the main Terminator 2:3D attraction.

Among other notable features, the video loop includes Mark Kriski (local KTLA weatherman) as well as a few cameos by characters from the original film. We’ve attempted to include most of the notable aspects of the queue video below, as well as some behind-the-scenes photos on how we obtained the footage. 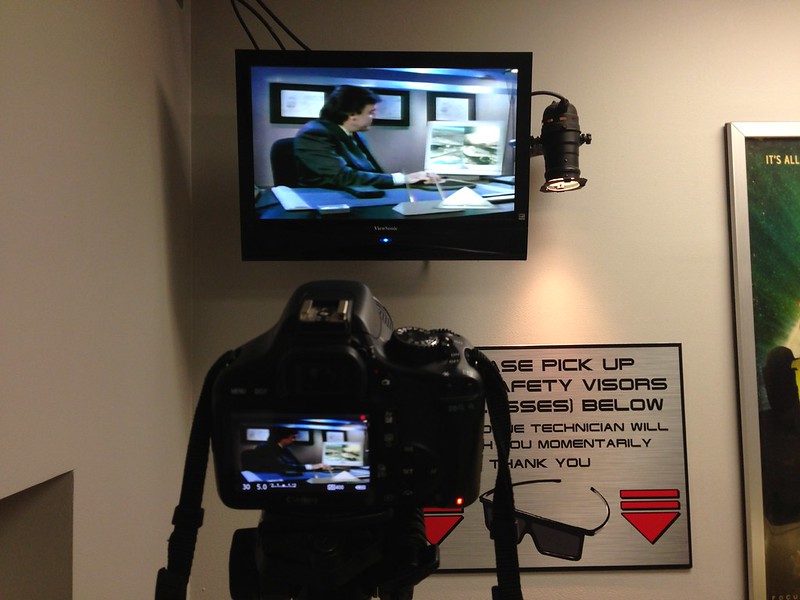 Filming a preshow monitor located within the VIP/Front of Line waiting room. 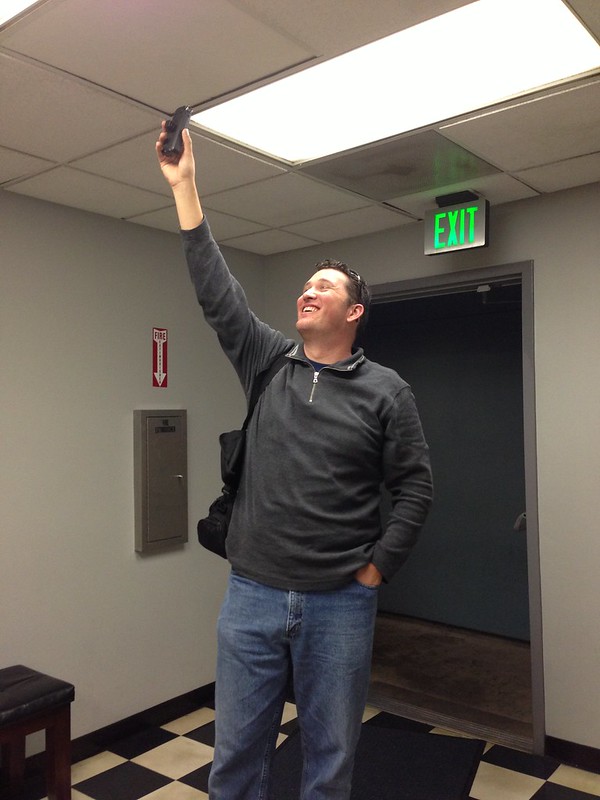 Chris holding up the recorder. He held that position for about 45 minutes to capture the queue audio!