March 24, 2013 – Chances are, you have a picture with at least one of them. Many of them work long hours, especially in peak seasons, and have to deal with extreme heat under costume and makeup without complaint. Over the course of their careers in the park, they will be in photos with hundreds – if not thousands – of strangers. They will cross paths with people from all over the world one time, and never meet them again – but they will remain a part of their lives forever through a photo and a memory.

These relationships will be built and broken in a matter of moments. But for those moments, smiles and hugs will be exchanged, children will meet their heroes, and adults will get to relive childhood dreams.

What would a place that brings movie magic to life be without its characters?

Over the years, I have had the pleasure of taking photos of and with many of the characters in the Hollywood theme park, and spent a good deal of time watching them interact with others. These are my musings on a few of the many talented performers that stand out in my mind. 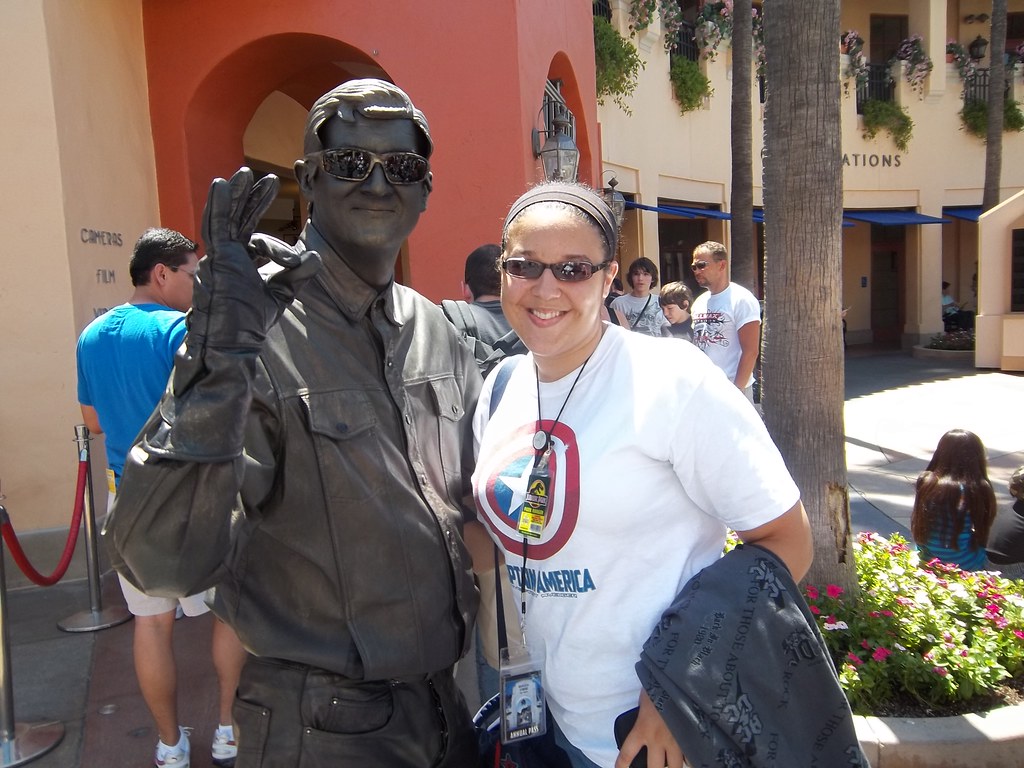 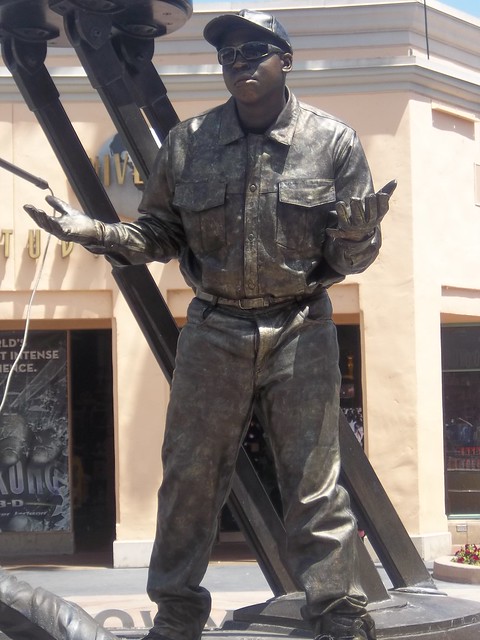 There are two Statue Men that I know of – one a middle aged white man, and the other a younger black man.

The older man has a laid back Hollywood charm to him. He also knows me by face now. Whenever we see each other he gives me a wave. Though he’s never broken character, he has given me a squeeze on the shoulder in greeting. Younger statue man has a sort of attitude and charisma that’s really popular with the younger crowd. His poses and posture remind me of a 90s cartoon character. I love them both. 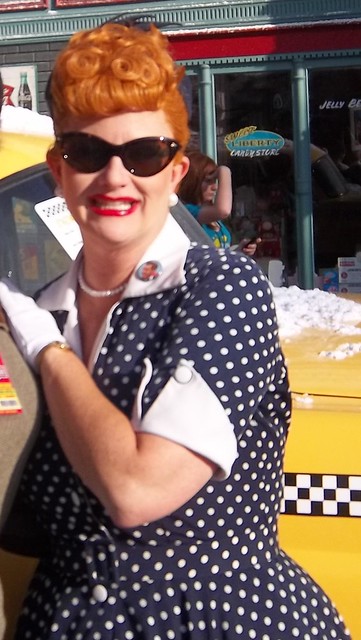 If you’ll pardon the awful pun – I really do love Lucy. As an actress, Lucille Ball is one of my icons.

As an entertainer, an entrepreneur, and a woman, she was remarkable. The older woman who portrays her in the park today is simply amazing. Her warmth and the depth she brings to her role makes me feel as though Lucy is still alive and walking the streets. I’ve been brought nearly to tears talking to her, because of how vivacious and witty she is, and because of how loving she is with everyone. 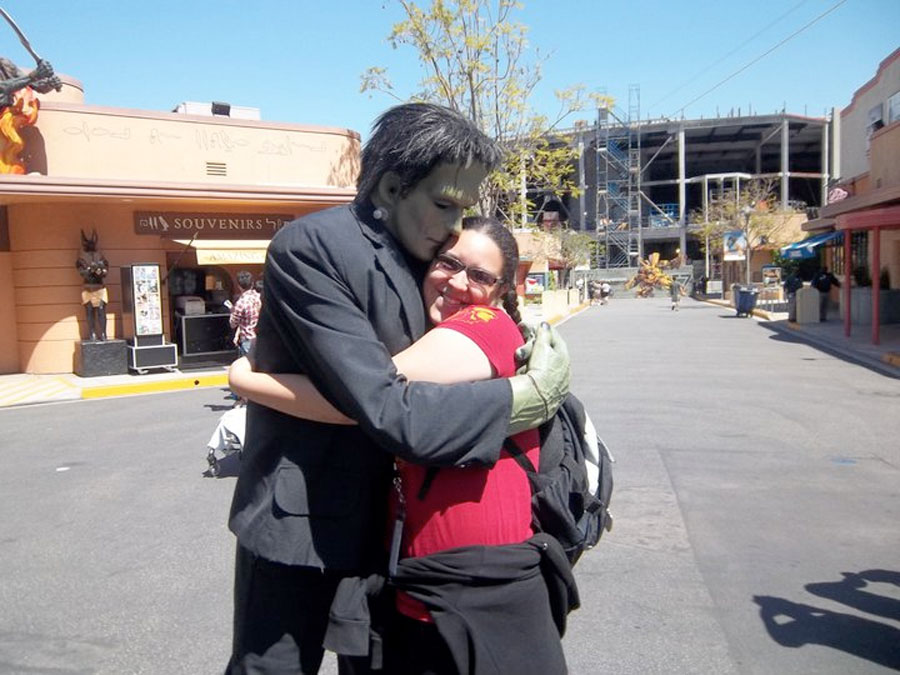 I made a connection with one of the Frankenstein actors one summer afternoon in 2010. I hadn’t been to the park in a little while, and I had told him rather genuinely that I had missed him. He leaned forward and wrapped me in a tender hug, holding me tightly. The picture from that moment remains one of my favorites. Some part of me that hated the Frankenstein novel – and yes I know it is Frankenstein’s monster and the doctor’s name is Victor Frankenstein, but let’s face it, everyone calls the Monster by his maker’s name now – is happy to know that Frankie gets some acceptance and love from fans today. 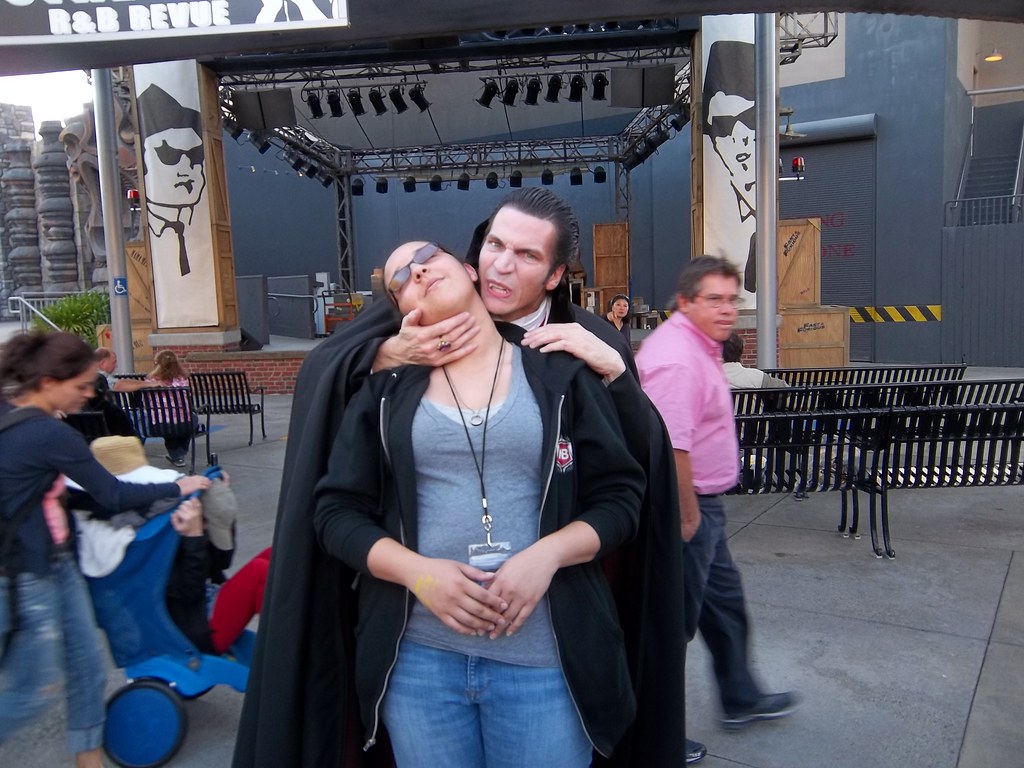 There are two regular Draculas that I run into in the park, an older one and a younger one.

The younger one is my favorite for his sensuality and the intense flirting he does. He makes me giggle, and he really seems to enjoy the more intimate portrayal of the famous Count, like the version made famous again by Gary Oldman in 1994. (He also used to play Wolverine in the park until the Marvel license agreement went away.)

The older Dracula meanwhile seems to embody the class and refinement associated with the character from the classic films, and favors the “snack” versus “date” approach. They are both fantastic sides of the same character, showing again how different actors can put their own unique spins on similar things. 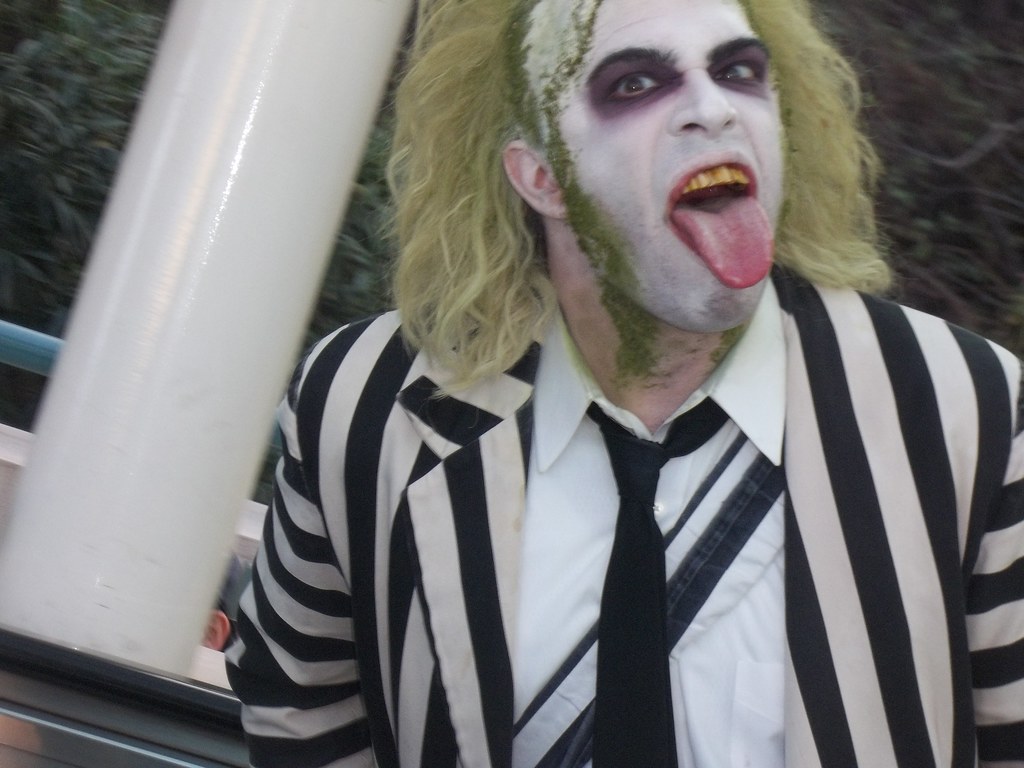 The Ghost with the Most holds a very dear place in my heart, and always has. My screen name – Miss Betty Juice – is the name of the female persona Beetlejuice takes on when attending school with Lydia in the early 90s cartoon loosely based on the 1989 movie of the same name. I’m a huge fan of the movie and cartoon, and meeting the character in person as an adult still made me shiver even though I knew it was just an actor in makeup. I hold the Beej actors to a very high standard, set by Michael Keaton in the film and by my favorite Beetlejuice from the now-gone Rockin’ Graveyard Revue, as portrayed by the amazingly talented J.R. Horsting.

There are two Beetlejuice actors that I am familiar with, a skinnier Beej, and a Keaton look-alike Beej. I have a special memory with both. 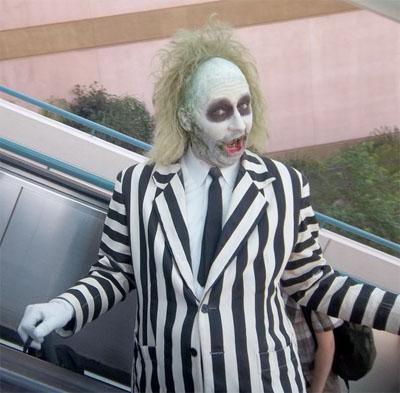 Skinny Beej always stops to say hello and take new photos with me. I told him once how much I appreciated his portrayal of the character in the park, and how special it was to me to have him walking around. He broke character for a moment and thanked me for thanking him, and gave me the kindest smile I can recall. I have a great picture of him on the Starway one afternoon.

Keaton Beej is the closest to the movie incarnation in looks and actions. He enjoys pictures with tourists the most, too. Or at least he plays with them more, cracking jokes and pretending to walk off with them. We see him often enough that he recognizes us too – enough that he said hello on the Starway one day also, and it made for one heck of a photo.

For a character from a movie that isn’t even a Universal film, Beetlejuice has been a staple of the park atmosphere for years now, and though the stage show based around him is no longer here, I can’t imagine the park without its resident bio-exorcist.

That does it for part one of this zoom in! Part two will follow shortly, with a look at some of the lesser known – but no less important – characters in the park.

In the meantime, drop by our forums at USHForums.com to join the discussion, and feel free to share your own experiences with Universal’s characters! Thanks for reading, and as always, for making us your source for all things Universal Studios Hollywood.