March 23, 2013 – Hello, and welcome to the first edition of The Hollywood Minute – your source for up-to-the-minute photo updates from Universal Studios Hollywood. In our inaugural post, we’ve decided to bring you a brief update of the Terminator/Despicable Me and Universal Plaza construction area, as well as one image detailing the restroom renovations near the Studio Tour/Simpsons Ride and a sneak preview of the newly refreshed Back to the Future section at the NBCUniversal Experience. So let’s get started! 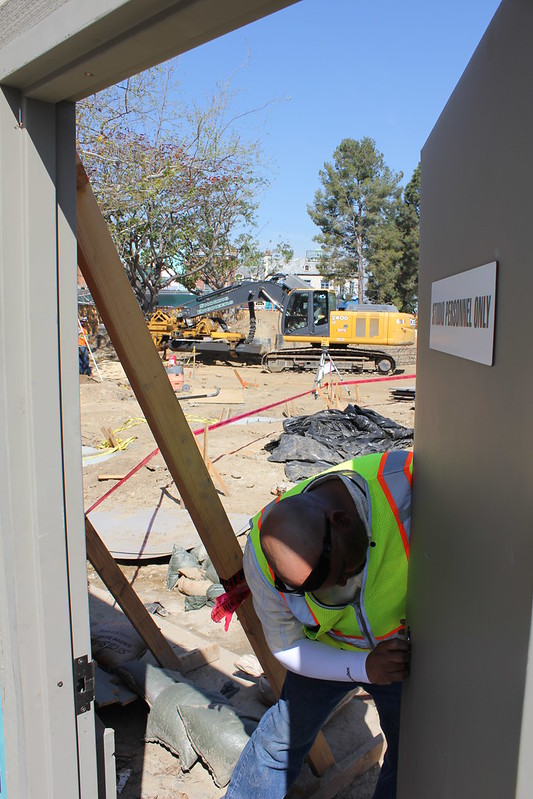 First off, let’s check out the progress on Universal Plaza… 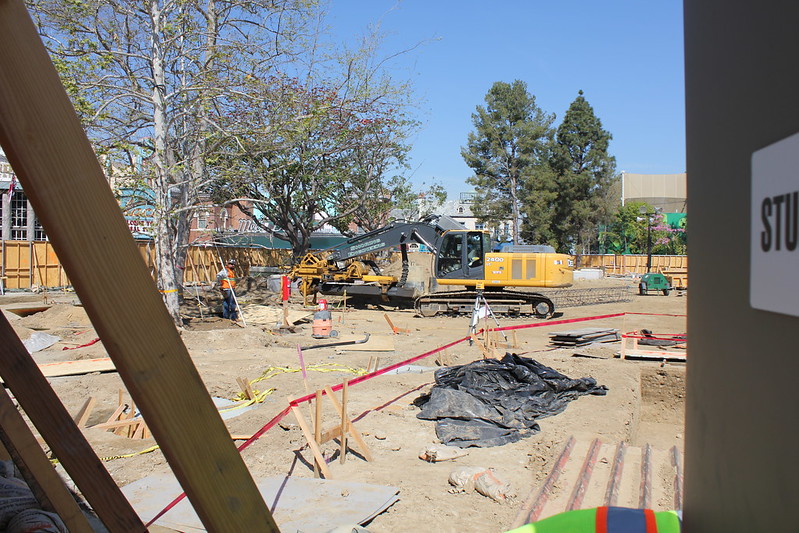 A sneak preview of what’s happening inside. This sure is a sneaky shot, Chris (our photographer and editor). 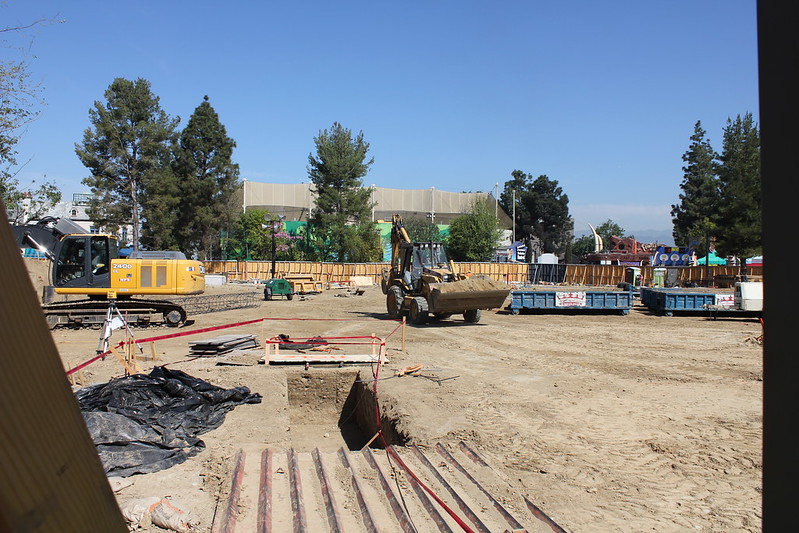 Progress looking good so far. By any guess, this area probably won’t be open for long, since Halloween Horror Nights/Grinchmas are both expected to be held within the tentatively named “Universal Plaza” for the 2013/2014 calendar season. 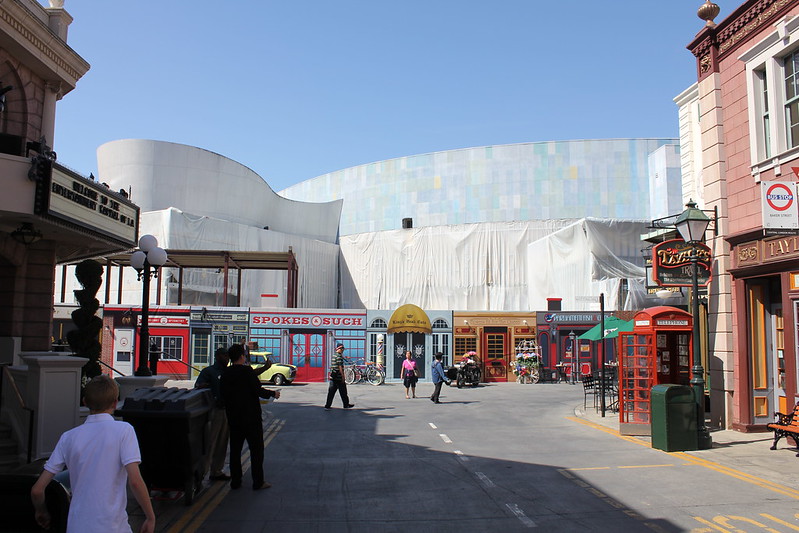 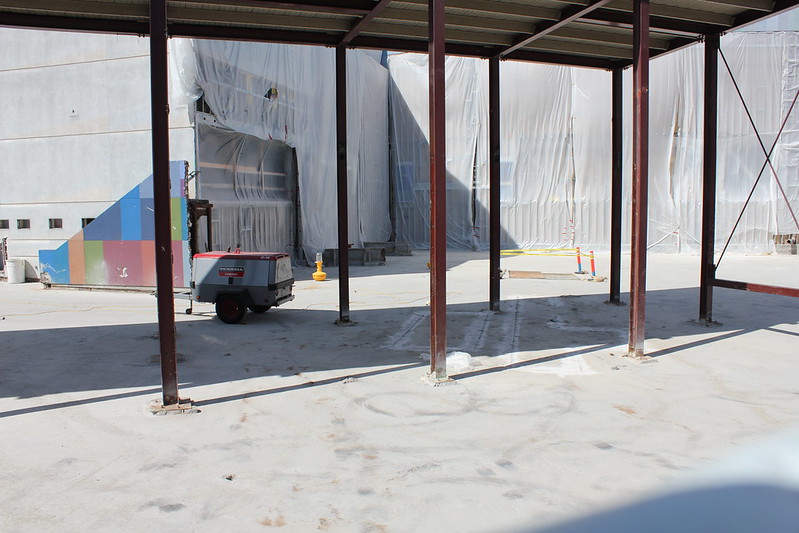 Interesting to see the original queue canopy still hanging on. 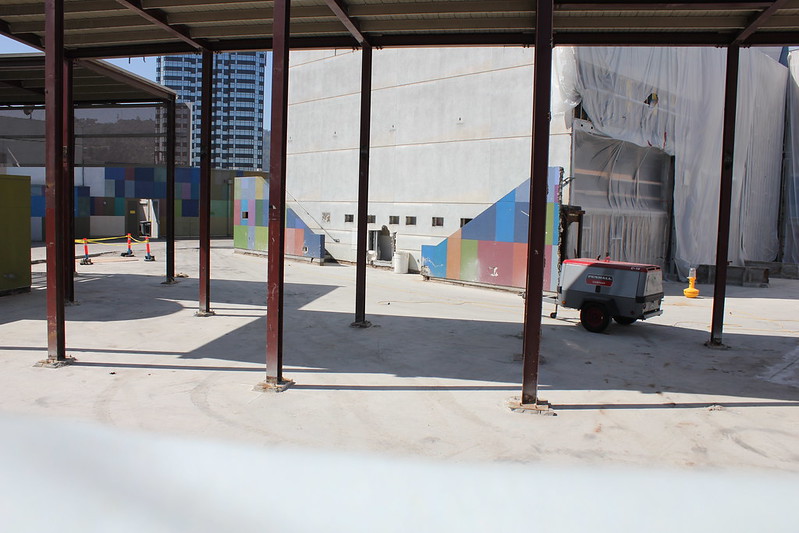 Looks like the old stairwells are still there as well. Anyone know what the new queue could possibly look like? 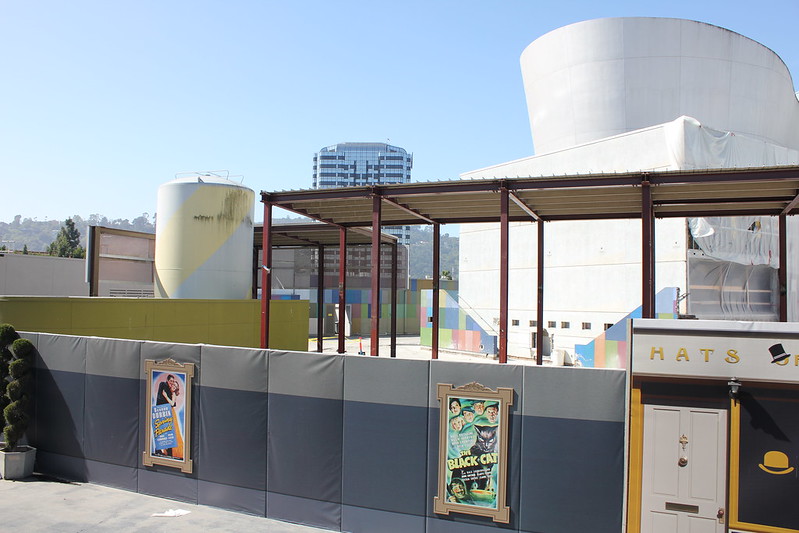 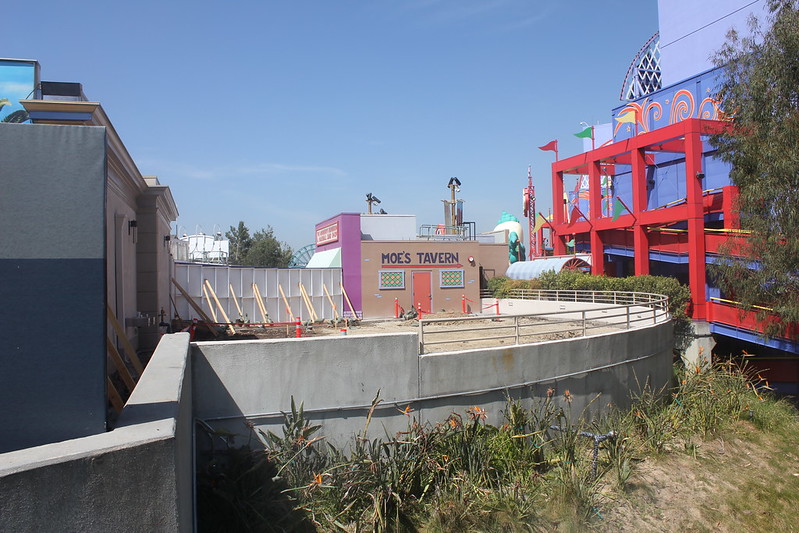 Quick look at the Studio Tour restroom renovation progress. Question: are they planning to expand the restrooms all the way to edge of the plaza? What’s going to happen to the ‘Moe’s door’? 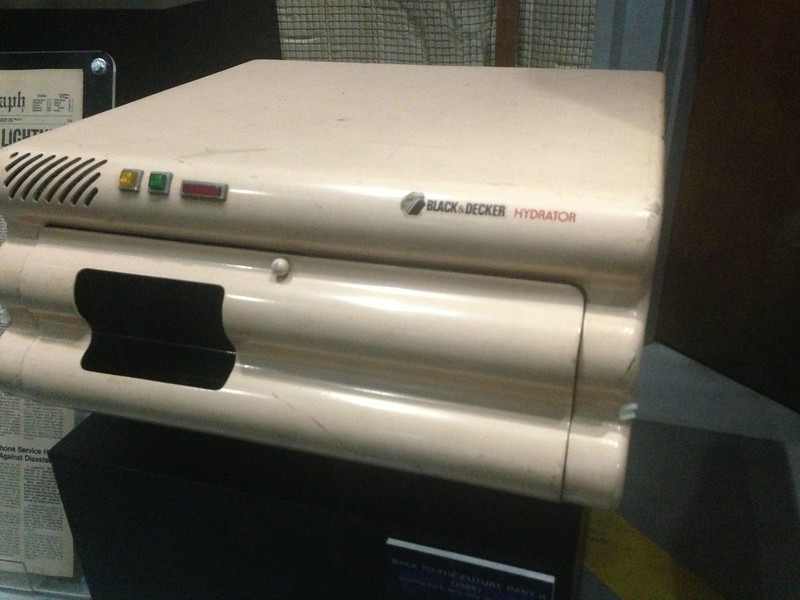 An interesting note – they’ve apparently refreshed the NBCUniversal Experience by including more Back to the Future props. Here’s a photo by forum user Schmosby of the Black & Decker Hydrator from Back to the Future: Park II.

Anyhow, that does it for me and The Hollywood Minute. We’ll be posting smaller photo updates using this new column in the future, so stay tuned. For those who enjoy our more comprehensive photo updates – don’t fret! We’ll be continuing those on a daily basis as well. This column will mainly be used for interim photo updates to document any micro-changes to the park that don’t necessarily warrant a single post themselves.

For now, thanks for reading and be sure to let us know what you think the comments below. As always, you can always reach us at USHForums.com, or on Facebook and even on Twitter.