July 15, 2013 – The announcement of the Wizarding World of Harry Potter has spurred feverish speculation throughout the theme park community, with much of the discourse focusing exclusively on the possible roster of rides, shops and attractions at Universal Studios Hollywood.

While these predictions are often fun and wildly creative (almost to a fault), the salient issues concerning Hollywood’s infrastructure and operations have been painfully ignored. As we’ve noted in the past, Universal Studios Hollywood has always been presented with a unique set of challenges that sets this park apart from other major theme parks. Simply put, the park’s location, neighbors, topography, infrastructure and size have imposed major difficulties that have become embedded in the very existence of the original Universal theme park.

To be as clear and precise as possible, we’ve delineated our concerns into two points that we hope will spur discussion:

» The Wizarding World of Harry Potter has the potential to bring an unprecedented number of guests to Universal Studios Hollywood. Can the park’s aging infrastructure handle the influx of guests?

» If introduced, Harry Potter and the Forbidden Journey will undoubtedly be the most complex attraction at Universal Studios Hollywood. Can the park’s operations team handle the massive jump from Transformers: The Ride – 3D to Forbidden Journey without difficulty? 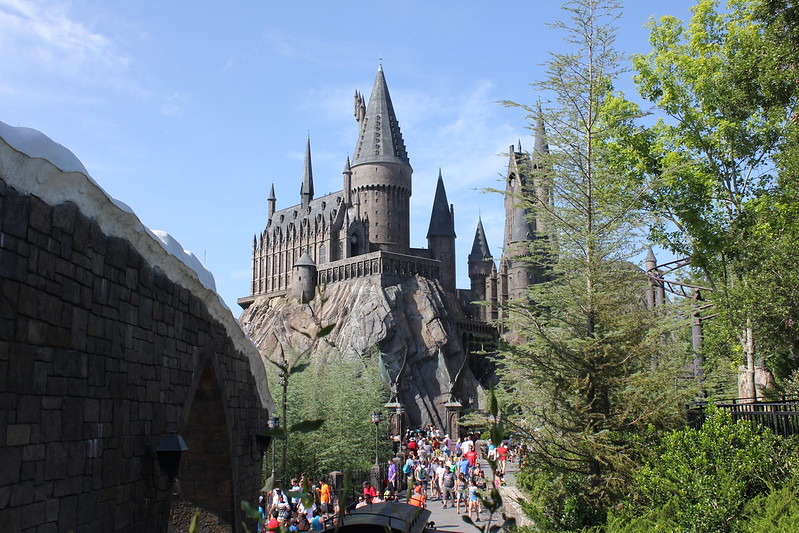 To address our first point, much of the park’s current roads and pathways aren’t comparable to those found in larger, more elaborate parks.

Unlike the large expansive walkways built at Disneyland and Universal Orlando Resort, Universal Studios Hollywood has always suffered from massive bottlenecks when it comes to guest flow and navigation. Simpsons Plaza continues to be burdened by the influx of the Simpsons Ride, Special Effects Stage and the Studio Tour, and the park’s entrance has always been negatively affected by WaterWorld, House of Horrors and the Blues Brothers performances. These junctures – coupled with the infamous StarWay escalator system – have been the product of limited planning during the park’s various expansion phases. To borrow an oft-used metaphor, Universal has always been perceived as a tossed salad.

That being said, Islands of Adventure was built with high capacity in mind. Expansive pathways, a circular, logical layout and a strong infrastructure – commons traits now found in most modern day theme parks – have proved instrumental in handling the high capacity that Harry Potter demands. Flaws or inefficiencies that may have plagued Universal Studios Florida (which in itself is the product of proactive and relatively modern day planning) were most likely corrected at Universal’s newest domestic park, and management probably had a somewhat decent grasp at how to handle the anticipated guest capacity from Potter’s debut. To put it more bluntly, Florida wasn’t completely blindsighted when it came to Potter’s overwhelming reception.

However, despite Universal Orlando’s tried-and-true infrastructure, Islands of Adventure still encountered massive difficulties. Wait times for shops, restaurants and especially attractions ballooned in Hogsmeade Village, and the entire land had often filled to capacity in the first few months of operation. Again, this is with Florida’s infrastructure already in place. 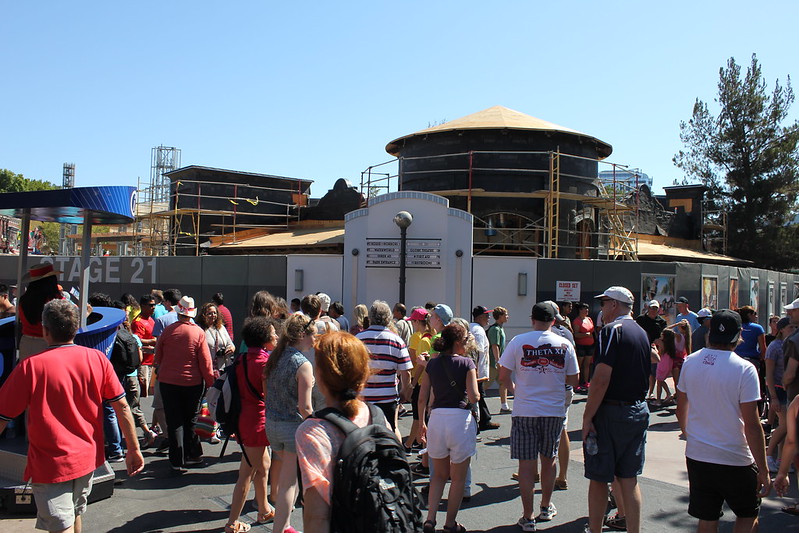 Now if we use Florida as a metric for performance, one has to wonder how Universal Studios Hollywood will grapple with the massive influx of crowds. To reiterate a point, Universal Orlando Resort – with its preplanned parking system, wide roads and numerous hotels (again, all built with high capacity in mind) – still experienced massive duress during the first few months of Harry Potter. Hollywood, in comparison, does not enjoy Florida’s master-planned infrastructure.

Interior park bottlenecks aside (which we’ve alluded to above), Universal City is situated next to the bustling 101 Freeway with numerous narrow roadways leading into the park. While improvements are being made (an additional parking structure is currently being added at the time of this article), one does need to question Hollywood’s ability in handling Potter level crowds, and whether Universal’s in-park and surrounding infrastructure can handle the increased load. Remember, Universal Studios Hollywood ultimately wasn’t designed to be a traditional theme park destination, and it shows. This is not a negative trait onto itself, but it can prove problematic. 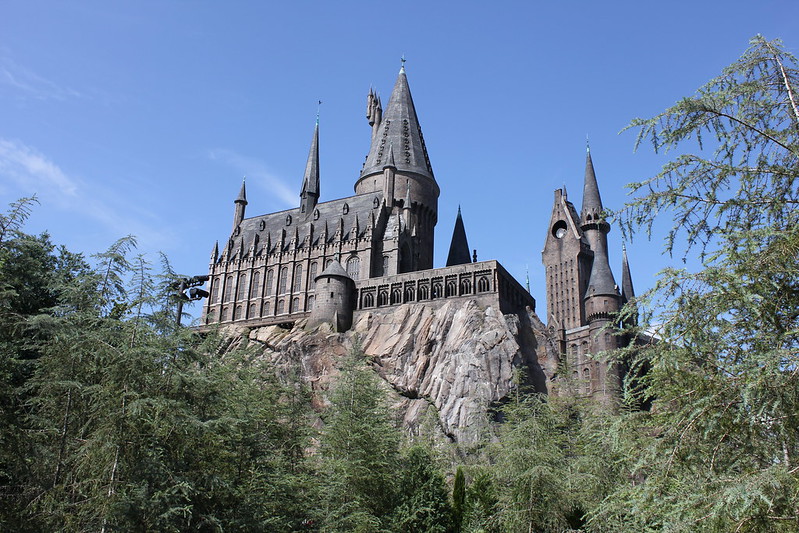 Our second concern addresses the park’s current operations team. While this is the very same team that handled the unprecedented opening of Jurassic Park: The Ride, it ultimately hasn’t had the advantage of learning from a linear progression.

Forbidden Journey – with its complicated mechanics – is the product of Florida’s gradual increase in building technologically advanced rides. The incremental jumps of The Incredible Hulk, The Amazing Adventures of Spider-Man, and Men In Black: Alien Attack – among others – have allowed Florida to become familiarized with how cutting edge attractions work, and the maintenance and upkeep needed to keep operations running smoothly.

Hollywood, in comparison, has suffered from exponential bursts of complexity. Again, unlike Florida’s relatively gradual growth, Hollywood has jumped from Jurassic Park, Revenge of the Mummy to now Transformers as the park’s most complex ride. Compare this list with Florida’s large roster, and you can see the issue Hollywood may face. While one park is accustomed to maintaining a high number of advanced attractions, the other is not, and according to our own experiences in Hollywood and Florida, Forbidden Journey is the most complex attraction Universal has ever built – both in operation and maintenance.

However, unlike Transformers, Forbidden Journey has garnered a somewhat notorious reputation for spectacular breakdowns – increasing wait times and grinding guest-turnover rates to a grinding halt. Whether Hollywood’s team can cope with the massive increase in complexity remains to be seen. But again, this is the same park and team that introduced the original Jurassic Park to universal acclaim after never having operated that level of attraction before (not to mention the incredible crowds from the immensely popular Halloween Horror Nights event). We firmly believe that if any park could cope with a massive jump, it surely must be Hollywood.

After all, relative to its size, Hollywood’s overall attendance numbers are remarkably close to that of Universal Studios Florida – and for that, Hollywood’s operations team should receive considerable praise. However, the biggest difference here is attraction count. If something fails in Hollywood, it proves to be a much bigger deal. 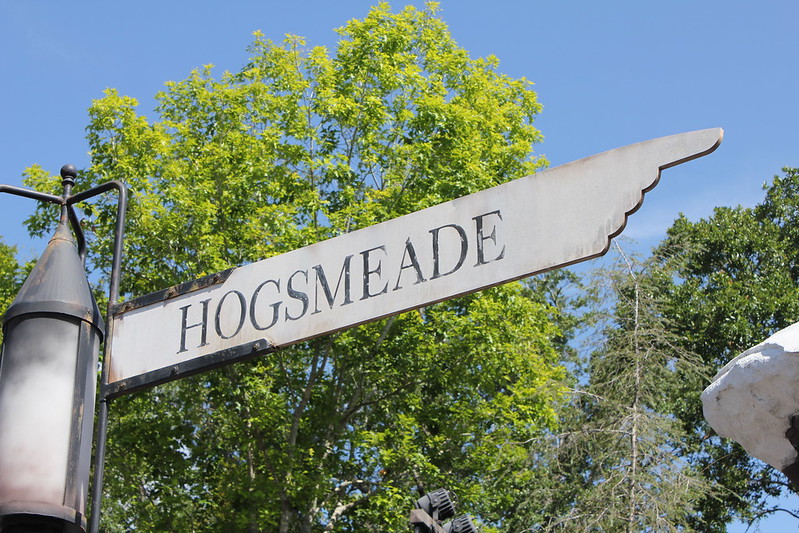 Come time for Harry Potter’s arrival, we see two possible outcomes: should the park successfully cope with the influx of guests and traffic alongside the jump in attraction complexity, we may see a precedent being set for Universal’s perception in the region. Gone are the old portraits of a park filled with shows and attractions from the 90s, and in its place, a park that stands eye-to-eye with its Florida cousin.

However, should the park suffocate with the lure of Potter, Universal Studios Hollywood may attract a new stigma: an expensive, unnavigable park filled to the brink. Worse comes to worst, we may see a repeat of Hong Kong Disneyland – a park that continues to battle mixed-to-negative opinions as a result of overcrowding from the park’s opening debut, and for a park like Hollywood, locals are most certainly key.

In the end, there is no “in-between.” It’s either make or break. The Wizarding World of Harry Potter in Orlando has already set the bar in themed entertainment, and now it’s time for Hollywood to meet or exceed what has already been done. Can Hollywood do it? Probably.