January 25, 2014 – As Universal Studios Hollywood prepares to open up its own iteration of the Wizarding World, we thought we’d prepare a blueprint with our predictions.

None of this should come as a surprise for anyone that’s been following the news surrounding the park, but since there hasn’t been a comprehensive article that outlines Hollywood’s land as a whole, we thought we’d be among the first with our own perspective. As always, plans are bound to change and predictions are often off the mark, so please don’t take this as a concrete set of plans. Having said that, here’s our take of Hollywood’s Wizarding World.

Like its counterpart in Florida (and soon Japan), the Wizarding World is expected to be anchored by the immensely popular ride Harry Potter and the Forbidden Journey.

With the Gibson Amphitheater completely cleared, we’re predicting that Forbidden Journey will take its place, parallel to the existing buildings located in CityWalk Hollywood. While Florida’s building is completely themed from a guest’s perspective, we’re inclined to believe that portions of Hollywood’s building will remain bare – namely from the path of the Studio Tour. Guests from Hogsmeade Village, however, will most likely be treated with an uncompromised view of Hogwarts. 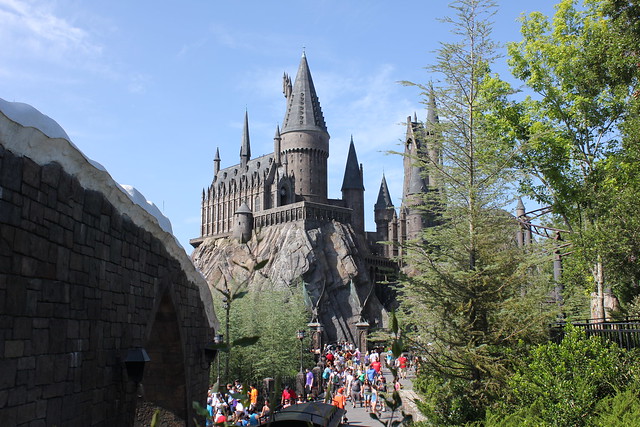 Unfortunately, we’re not counting on Dragon Challenge making the port over. We’d love to be proven wrong, but unless they can successfully isolate the noise emitting from a rather large coaster, we’re not getting our hopes up. Either way, Flight of the Hippogriff seems to be a good start at getting Hollywood’s coaster count up.

In this regard, we’re predicting an exact port from Islands of Adventure’s.

While we didn’t outline all of the available shops in our map above, we’re predicting the exact same roster from Florida: Ollivanders (complete with show), Honeydukes, Flich’s Emporium of Confiscated Goods, and Dervish and Banges in the same location as their counterparts in Florida. 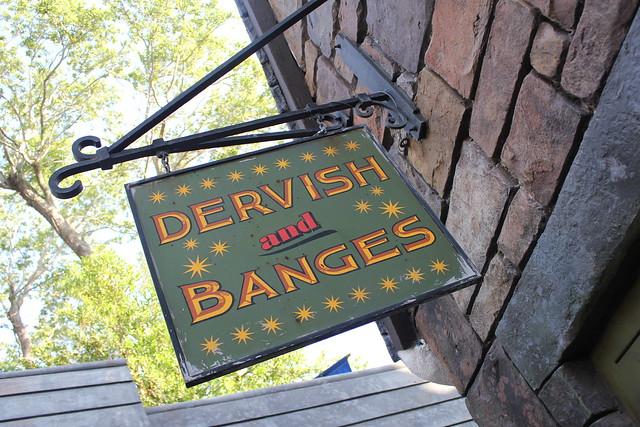 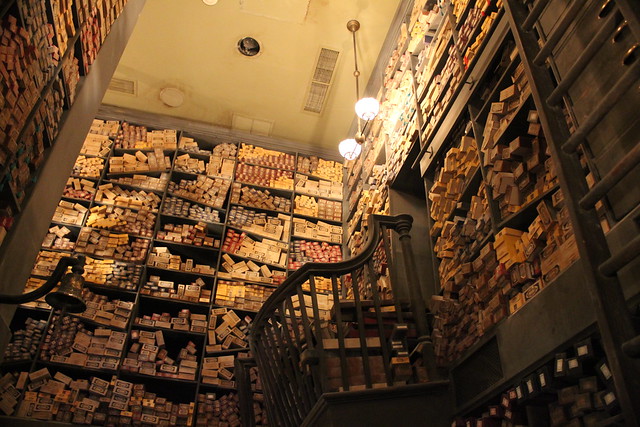 Whether or not Hollywood’s version receives a few interactive upgrades remains to be seen. But regardless of the differences, these detailed stores and storefronts are bound to delight.

The real question lies in the number of entrances and exits. Guests – we’re predicting – should be able to enter Hogsmeade Village as they walk near the intersection of Shrek 4D, Universal Plaza and Universal’s Animal Actors. There could also be an entrance near the Studio Tour to improve flow, but we’re unsure how that could ultimately play out.

Finally, the last item on our list – Three Broomsticks. Themed after a rustic British tavern, Three Broomsticks is an indoor restaurant that serves a variety of British cuisine. As with the shops listed above, we’re not expecting a drastic difference in location between restaurant in Hollywood or Florida.

Oh, and you can bet that Butterbeer will be served throughout Wizarding World as well. 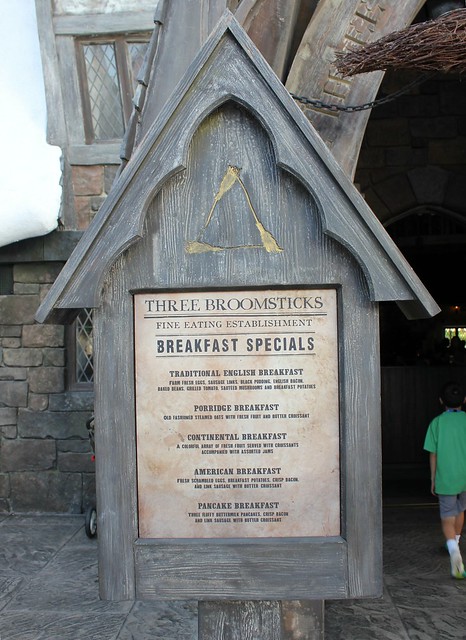 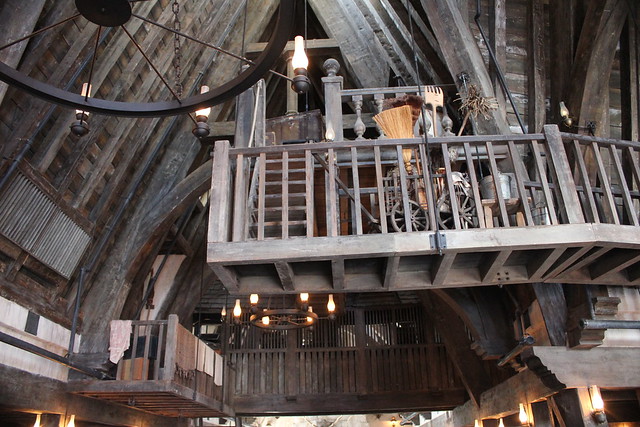 There you have it – our best predictions at what Hollywood’s version of Wizarding World could entail. It’s nothing groundbreaking by any means, but it’s still remarkable that Hollywood will be getting its first truly immersive experience in just a few years.

Let us know what you think about our predictions in the comments below, and thanks for reading!