May 12, 2014 – Brace yourselves, Summer is coming! This year at Universal, the summer peak season is sure to be intense. With new attractions opening, new attractions rumored, and future attractions in full swing with construction, can the SoCal passholders hope to survive the crowds? Should you visit the park now before it’s too late? Here’s a look at the latest happenings at Universal to help you decide! 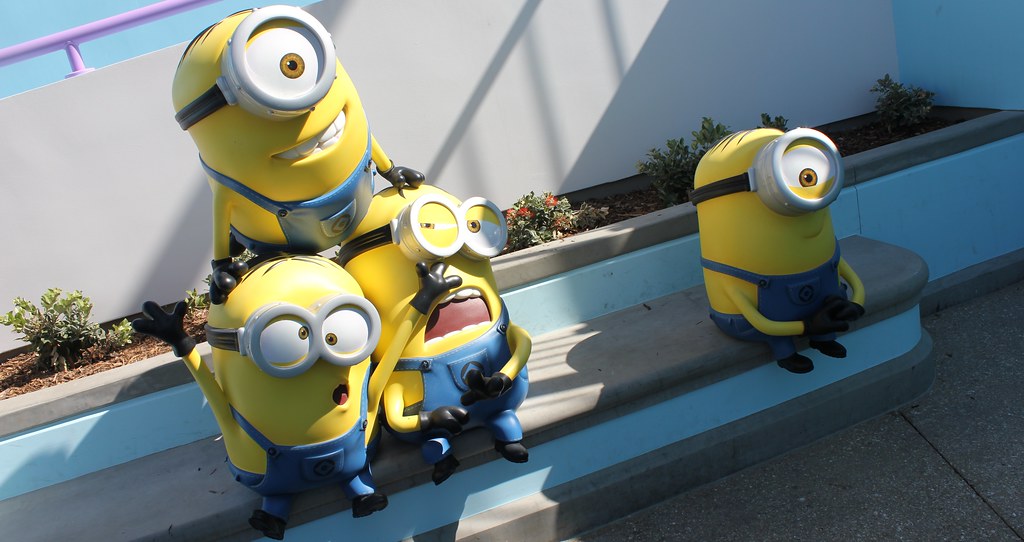 After much anticipation, Super Silly Fun Land and its adjacent water play area are now both open. Sitting on top of the former location of the Coke Soak water play area, the Super Silly splash area is sure to draw crowds from people looking to beat the summer heat. The play area will add much needed life to this half of the park, hopefully balancing crowds throughout the Upper Lot.

The new area also gives families with smaller children more to do, in addition to the Dino Play area next to Jurassic Park the Ride. As Minion Mayhem continues to post high wait times even in the off peak season, both the wet and dry play areas will be crucial to keeping guests calm, and boosting Universal’s attraction count as construction on the Simpson’s Plaza and the Wizarding World of Harry Potter continues to cause traffic when passing through the upper lot to the StarWay and Studio Tour.

Even with the new additions, it’s likely that we’re heading for another Summer of Survival – this time simply from the crowds! While last summer saw crowding on the upper lot due to the massive work being done on the deconstruction of Terminator 2:3D and the construction of Universal Plaza, this summer may prove to be just as bad, if not worse, due simply to the draw that the Despicable Me franchise and the Minions themselves have on families. It may be worth it for passholders to make their visits to see the new attractions now, and avoid the crowds and the heat this summer!

It’s that time of year again – Jurassic Park the Ride is currently closed, midway through a month-long refurbishment and set to reopen on the 17th of this month. While the month-long closure is an annual process, this year’s has fallen at an odd time. Normally, the refurbishment period for the ride comes in late winter, just after the end of the busy Grinchmas season. Universal normally schedules the refurbishment for the end of winter while the weather is still quite cold and crowds are light enough to close a major water ride and not cause too much complaint.

It could be that this year the park chose to delay the refurbishment until the opening of Despicable Me: Minion Mayhem, in an effort to offset the crowds that would be coming into the park and avoid closing yet another attraction as the construction continues to dominate the Upper Lot. If the 17th remains accurate for the reopening date, the park will be at nearly full strength in its attraction count by the time most schools begin letting out for summer vacation.

If the early crowds in recent weeks are any indication, the park is going to need as much as it can get in the way of attractions and entertainment to make it through the summer without major issue. As for what this refurbishment entails, it is likely a re-skinning of all the dinosaurs in the attraction, the repair of any minor aesthetic damage to parts of the ride, apply new coats of paint, and repair any rafts that may have damage from repeated daily use.

There’s no indication of anything in the ride changing to coincide with the new Jurassic World movie at this time, as has been rumored, but at this time it’s highly unlikely Universal would change the structure of the ride. Though Universal held special themed events in the past to coincide with the release of Lost World and Jurassic Park 3, such as the Summer Splashdown and Wetter than Ever, they have kept the plot of the ride centered around the first film and the alternate universe storyline set up by the queue videos. We’ll update you on the status of the ride once it reopens later this month.

Following an employee meeting at the start of the month, word has gotten out about a new night time version of the park’s famous Studio Tour.

If rumors are to be believed, this tour will feature a truncated version of the current studio tour, but completely revamped to be unique from the daytime experience. Attractions supposedly set to be included in the nighttime tour include the upcoming Fast and the Furious: Supercharged, Earthquake, Jaws, King Kong 360:3D, as well as a few other stops.

The new tour experience will give park guests something new to do after dark, which is traditionally when the Studio Tour stops running, and will help with the crowds sure to come this summer season.

Perhaps the most interesting rumor to arise hoever, is one concerning the night tour and 2015. As fans of the Universal powerhouse franchise Back to the Future know, 2015 was a very important year. Currently, Theme Park Insider reports that a Back to the Future themed segment could be joining the nighttime version of the tour. Whether this is just another case of wishful thinking on the part of Back to the Future fans, or a legitimate bit of information, we’re not yet sure.

The timing would be perfect on the part of Universal, but the issue would then become what exactly would a Back to the Future segment entail? Would it require a particular area in the backlot to be left unused during the day, or a change in set after dark? Would it be themed towards the 2nd film, which took place partly in 2015, or would it be themed to 1955? Would it be yet another screen based segment, or would it use physical props?

As more information on the night tour is released, we’ll give you the details.

That’s all the news that’s fit to print for this half of the month! Be sure to follow along with us for the latest out of Universal Studios Hollywood. As always, thanks for reading, and we’ll see you next time!

Adriana Morgan – also known by her internet handle Miss Betty Juice – is an editor-at-large for Inside Universal.