June 2, 2014 – This morning, Universal Studios Hollywood announced the start of an online competition that allows fans to select the theme of one of this year’s Halloween Horror Nights scare zones. Using French Street as a canvas, fans can select three themes via Halloween Horror Nights’ Official Facebook page. We’ve included the choices and illustrations below, alongside the full press release.

Universal City, California — For the first time in the history of “Halloween Horror Nights” at Universal Studios Hollywood, fans of the award-winning horror event will seal their own fate as they are called upon to vote for the most fear-provoking Scare Zone in the “Choose Your Scare” online voting competition. The winning Scare Zone concept will materialize in disturbingly real detail at Universal Studios Hollywood’s “Halloween Horror Nights” in Fall 2014.

“From June 4 to 18, 2014, “Halloween Horror Nights” fans will be invited to cast their vote via the Halloween Horror Night’s Official Facebook page to select one of three possible Scare Zone themes: Coprz, Mask-a-Raid or Ghoulz. The winning Scare Zone, which will be located on French Street, will be announced on June 19.

“For years, ‘Halloween Horror Nights’ fans have shared their thoughts on what they would like to see at the event. This year, we’re giving them a chance to participate in the creative process by voting for what they believe will be the scariest Scare Zone,” said John Murdy, Creative Director, Universal Studios Hollywood and Executive Producer of “Halloween Horror Nights.” “Our goal is to produce the most terrifying, most intense horror experience anywhere. The more scared the fans are, the louder they scream and the happier they are, so, to have them join us in this process is very rewarding.”

Fans can recruit friends to help amp up the vote count for a favorite Scare Zone choice by “sharing” their vote via their social media platforms using #UniversalHHN. 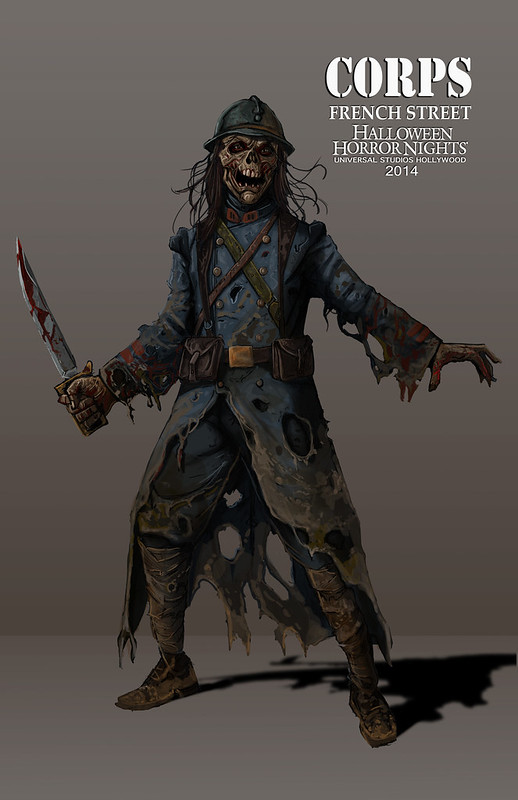 “The War to End All Wars” has left a swathe of destruction through battle-torn France, and on French Street at Universal Studios Hollywood’s Halloween Horror Nights, World War I-era soldiers have returned from the dead. The constant artillery bombardment has turned the twisted network of trenches into a sprawling graveyard, and now “The Lost Generation” is rising from their muddy graves and coming home to haunt the streets of “old Paris.” 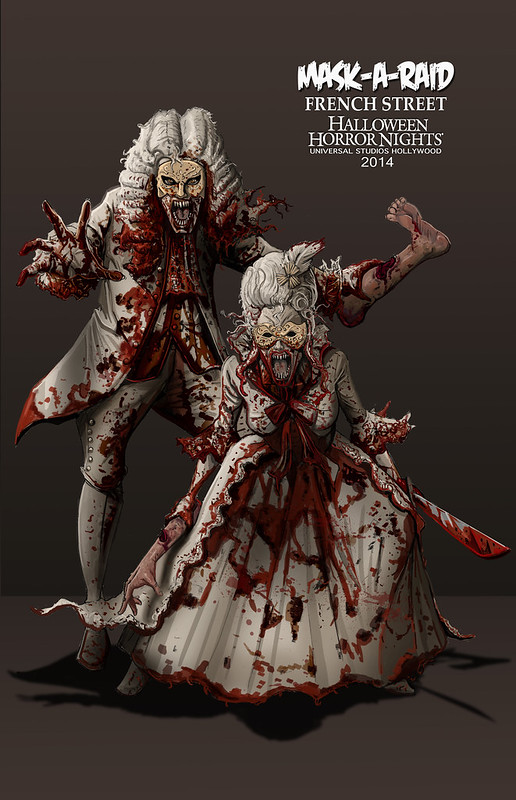 Masquerade Balls were a staple of the social calendar in pre-Revolutionary War France; a time for the members of the French aristocracy to misbehave behind the cover of elaborate, jeweled masks. But “mask-a-raiding” among the powdered and perfumed party-goers are members of a blood thirsty cannibal cult. Bon appétit! 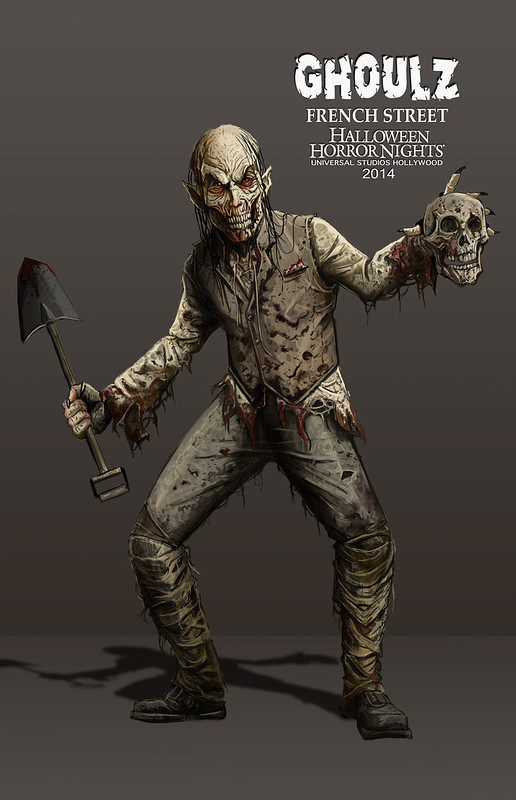 In 19th century France, restrictive laws and social norms prevented medical colleges from acquiring the one asset they need most – human cadavers. To solve this “body shortage crisis,” universities employed “unsavory characters” to do their dirty work and steal corpses from cemeteries in the middle of the night. Unfortunately, the grave robbers on Universal Studios Hollywood’s French Street have developed a morbid fascination with the dead – and a taste for human flesh.