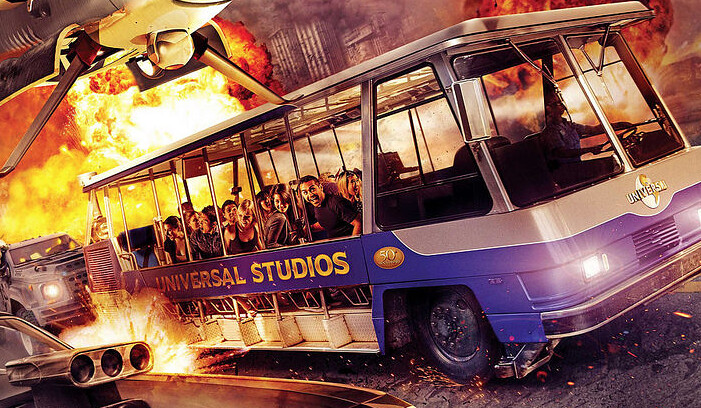 Lining the exterior of the tram, a selection of Studio Tour vehicles will mark the 50th anniversary of the theme park with a commemorative 50-year badge alongside the “Universal Studios” text in gold print. Likewise, a special blue and off-white paint scheme is expected to line the guardrails, though the final design and iteration of the trams may change. This is in contrast to the traditional glossy blue and yellow-star color scheme that composes the studio’s existing tram livery.

A symbolic representation of Universal Studios Hollywood, the Studio Tour tram can trace its origins to 1961 – back when the studio allowed Grey Line buses to roam the backlot. In 1964, Universal began a series of in-house tours on the iconic red-and-white Glamour Trams. In 1983, Universal transitioned to the current Super Tram frames, later adding audio and visual upgrades in 2000 followed by high definition monitors in 2009 to coincide with the opening of the redesigned metropolitan sets. 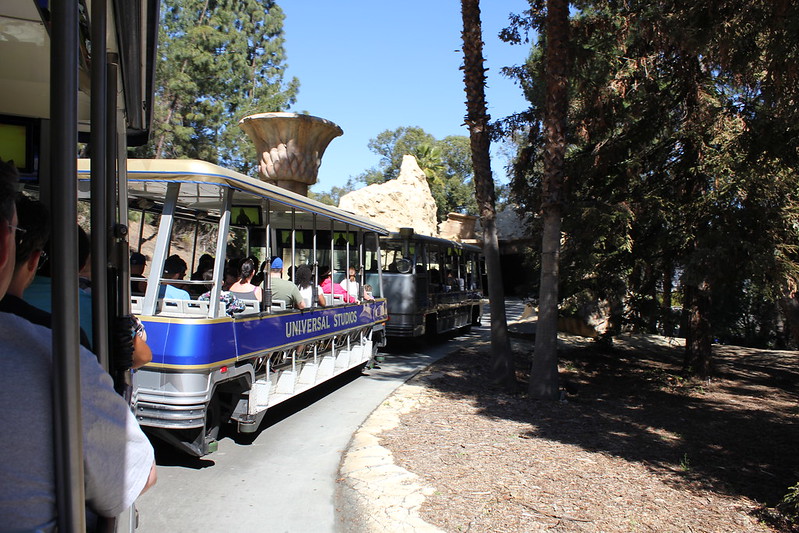 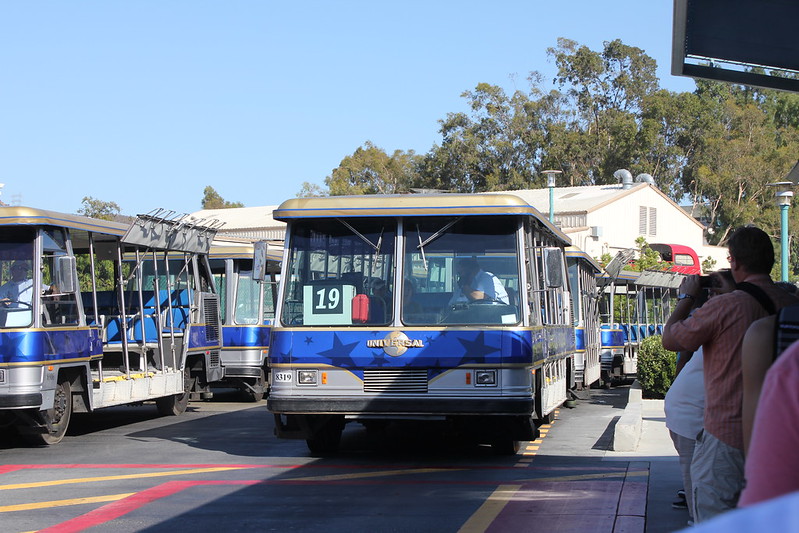 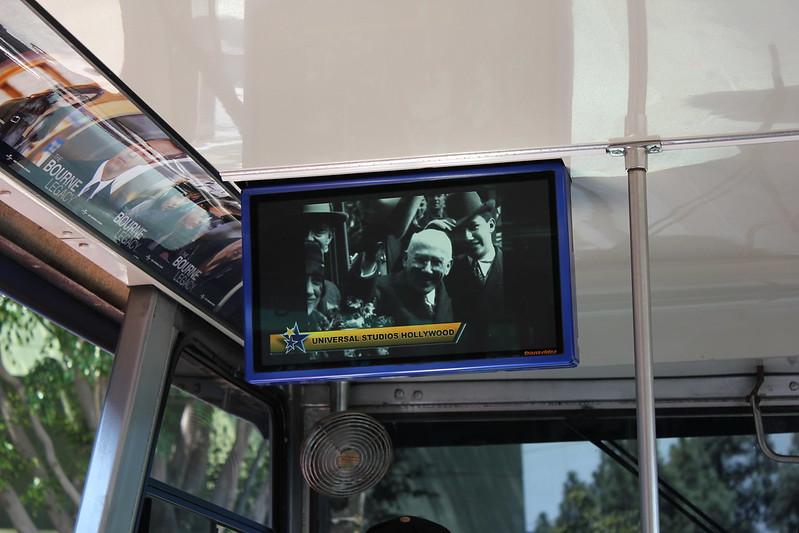