Similarly, it appears that Universal has reintroduced the 1-Day Pass option as an online exclusive, after dropping the option entirely earlier this year. Online purchases for the 1-Day Pass are now $92 – an increase from the previous 1-Day Pass of $87 before its discontinuation. As a result, those that purchase admission at the front gate will automatically be purchasing the Buy a Day, Get 2015 pass at $95, increasing gate admission by $3.

With the arrival of Fast and Furious: Supercharged and Springfield, Universal has been widely expected to increase the cost of admission to rival that of Disneyland. With Disneyland’s recent price hike, an increase for Universal Studios Hollywood was expected to follow. 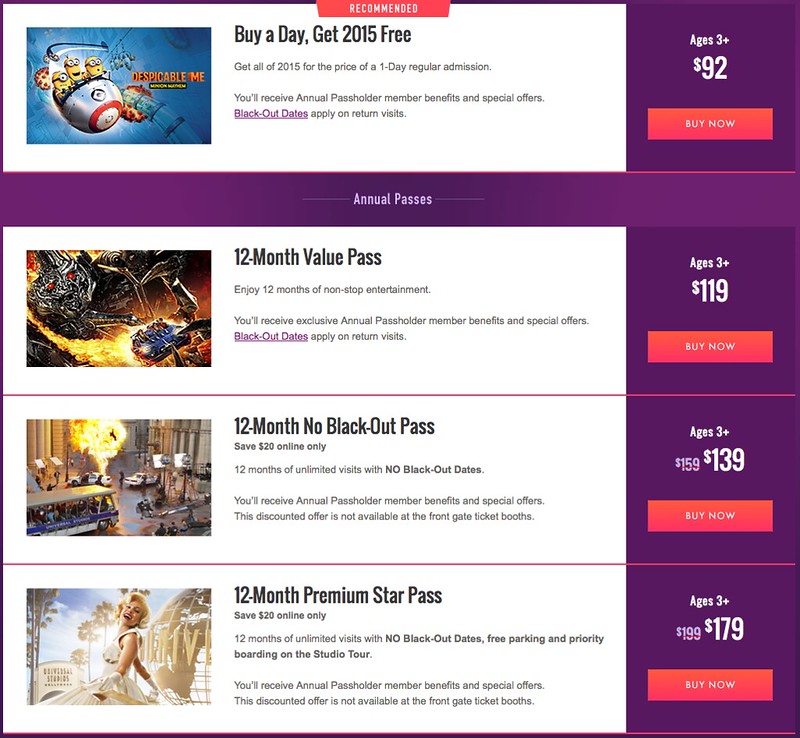