March 10, 2015 – Universal Studios Hollywood has filed a trademark application for “Hollywood & Dine,” Inside Universal has learned.

Categorized as a service for providing food and drink, Hollywood & Dine may be the new name of the replacement restaurant for Victoria Station and Universal’s House of Horrors. Indeed, the name falls in line with the dining, shopping and entertainment venue that will replace Victoria Station, which Inside Universal confirmed late last year. 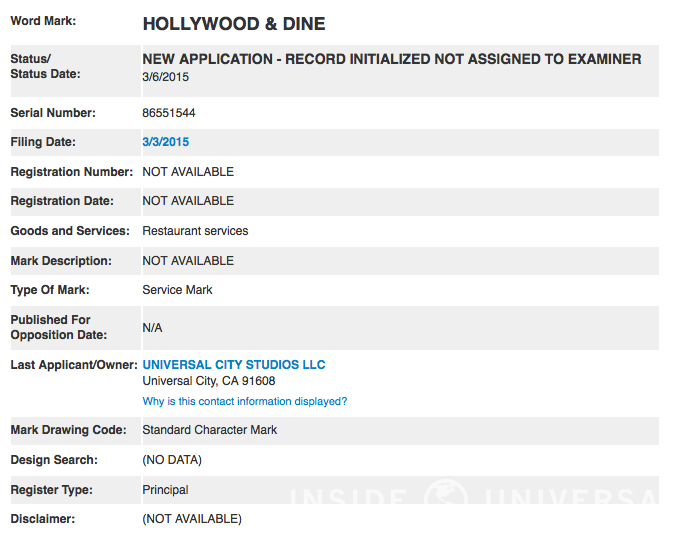 While details are sparse, the name does suggest a sit-down restaurant in the same vein as the Carthay Circle Restaurant at Disney California Adventure, continuing the art-deco theme that has served as the foundational theme for the park’s revitalized areas. These areas – which include Universal Plaza, the Lower Lot entrance, the refurnished Production Central facade and the Studio Tour entrance plaza – have acted as a unifying for the park’s new central theme.

Should Hollywood & Dine – as its name suggests – introduce lunch or dinner service to the park, the new eatery will fill a gap that has remained open since the closure of Marvel Mania Restaurant in 1999 (which also occupied the Victoria Station complex). Since the demolition of Universal’s House of Horrors and Victoria Station in November 2014, the park has walled the area off to general public. Attractions that were once stationed at or near Victoria Station – such as Hollywood Photoland, Universal’s House of Horrors and the Blues Brothers – have either been relocated or closed as the park continues its transformation. 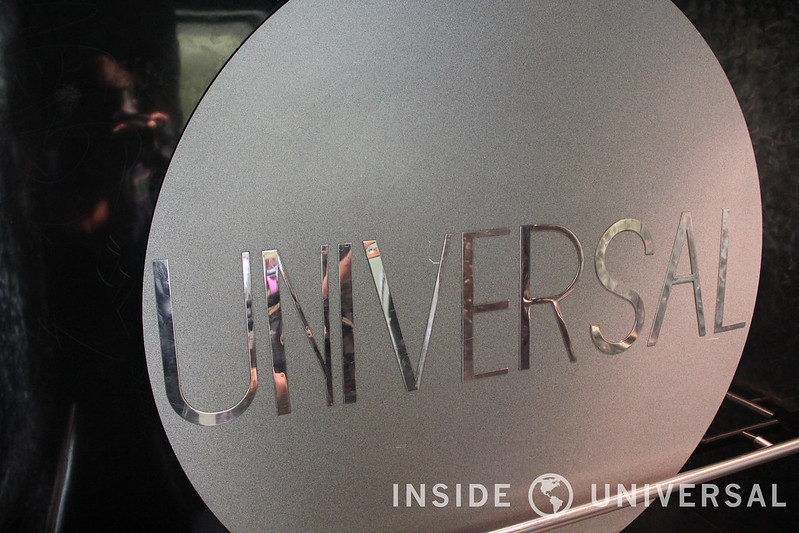