May 5, 2015 – This Saturday, Universal was back at MEND for their annual ‘Christmas in Spring’ charity event. The event name is deliberate, and is part of Universal’s desire to bring attention at the need to give to charity outside of the holiday season at the end of year.

Taking place on a hot day in Pacoima, 1,000 low-income families visited the M.E.N.D. center to be greeted by all kinds of food and entertainment. In addition to providing a huge amount of meals (600 pounds of chicken, 600 pounds of salad, and over 1,000 desserts served), there was a lot to keep the families busy. 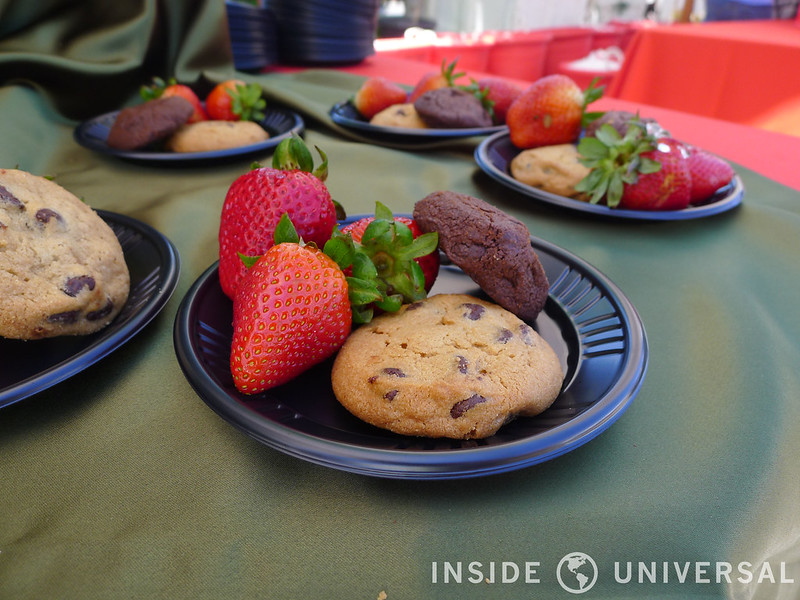 There were tons of desserts being served, from ice cream to cookies. 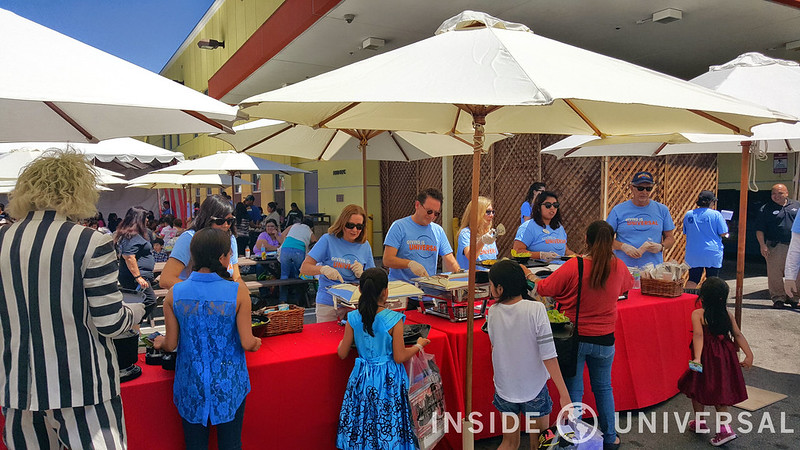 Even Universal Studio Hollywood’s president, Larry Kurzweil, participates in serving to the families. 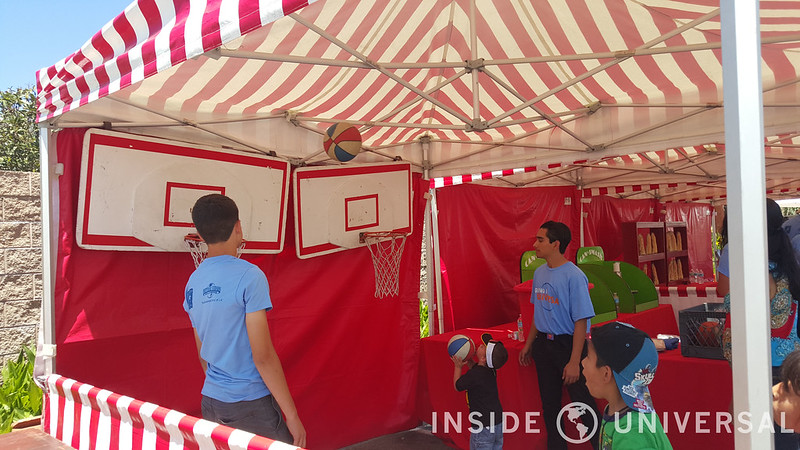 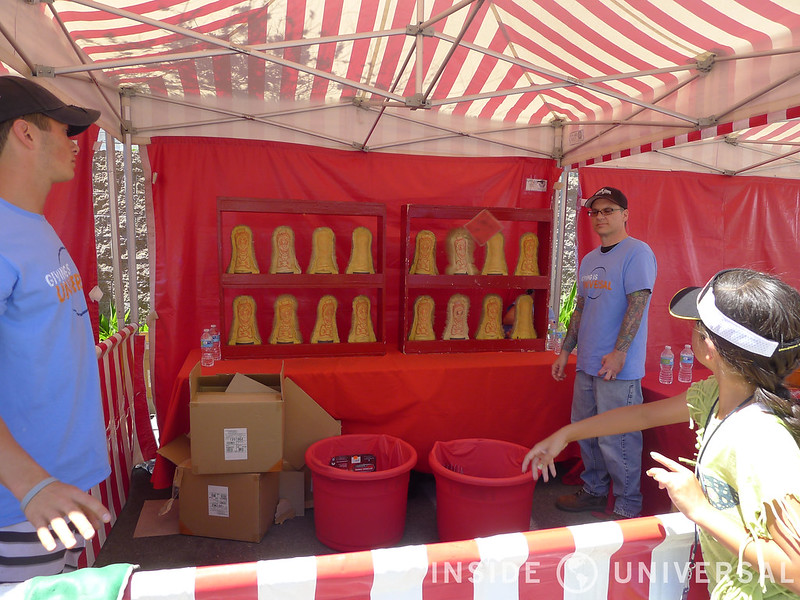 There were lots of free carnival games for the kids (and parents) to try their hand at. 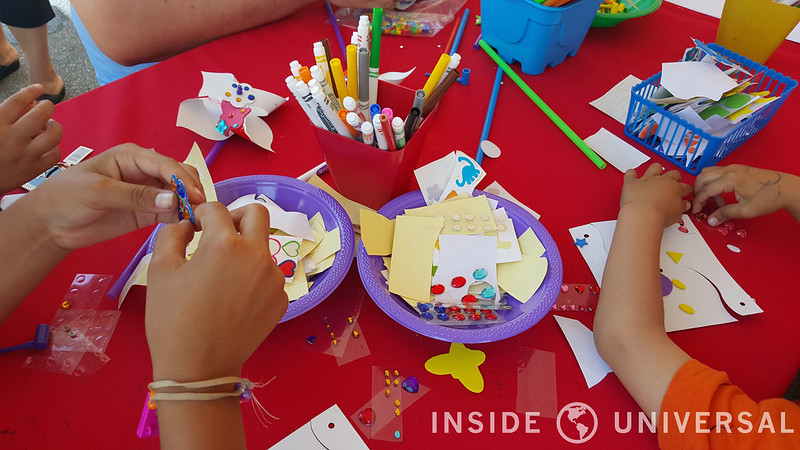 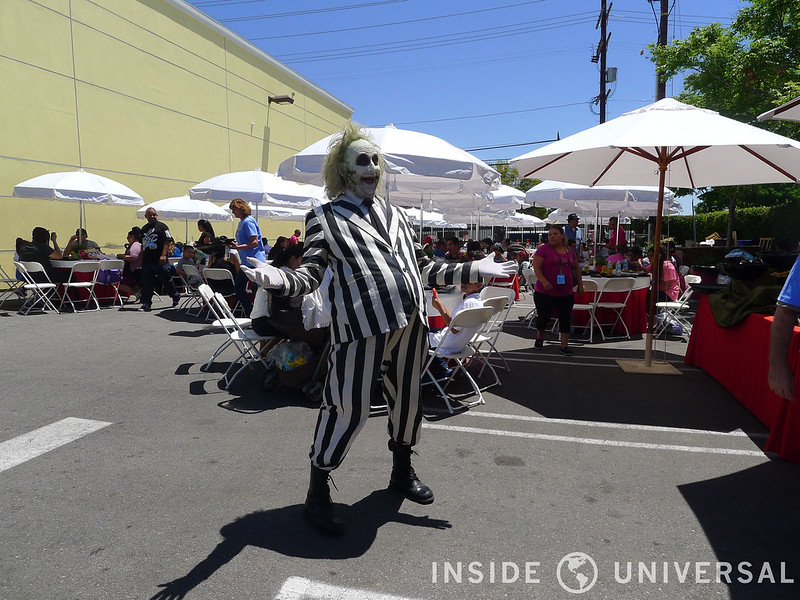 And, of course, it wouldn’t be a Universal Studios Hollywood event without some big name hosts dropping by. 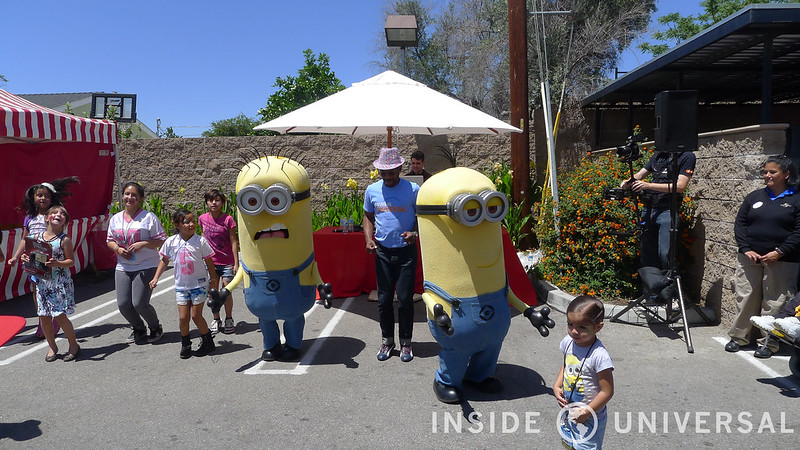 The minions made an appearance, and with the help of a DJ, got a big dance party going. If you follow our Twitter account you can see the video of them as the party started. 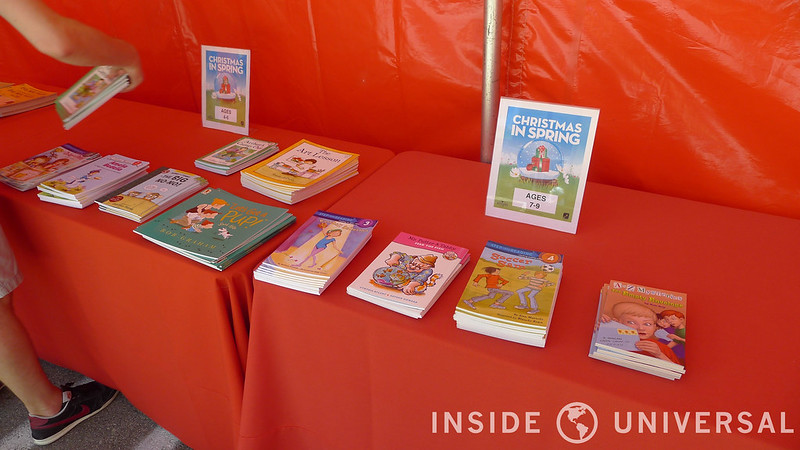 There were also a lot of age-appropriate books given out, as well. 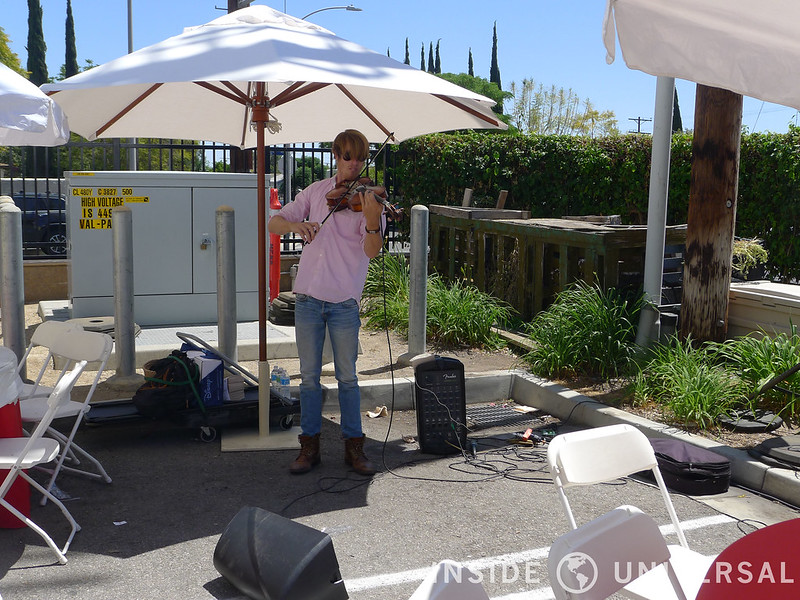 The DJ wasn’t the only source of music. One of the CityWalk street performers was also there, performing for the families while they had lunch. 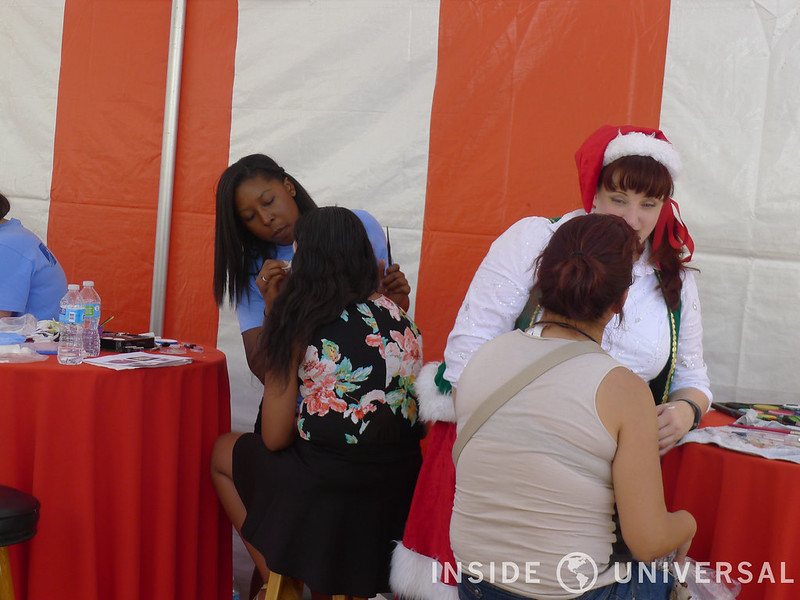 There was even face painting with help from Santa’s elves. 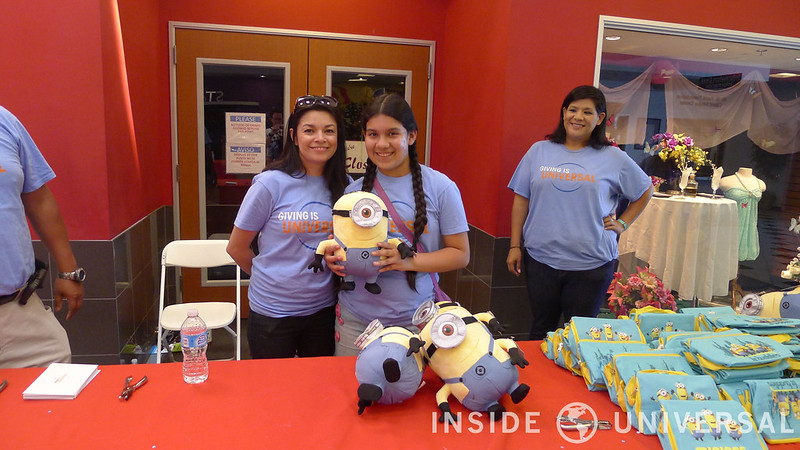 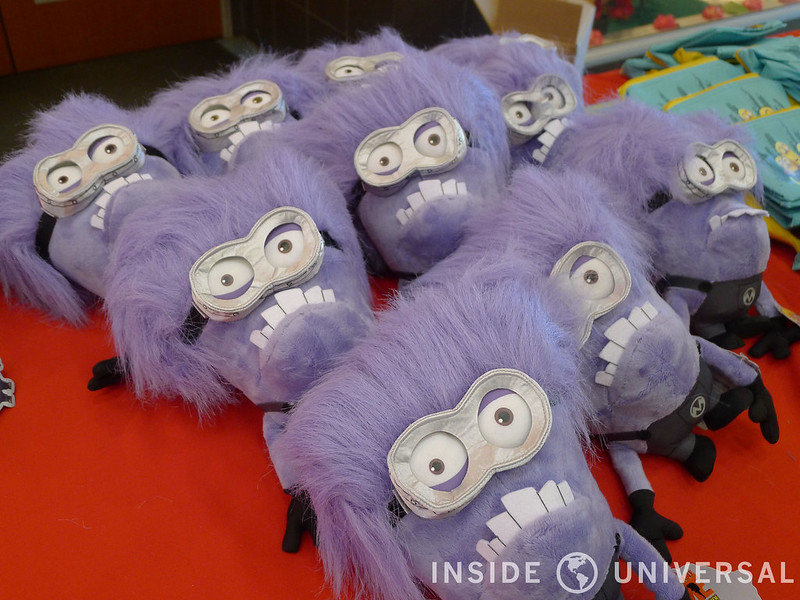 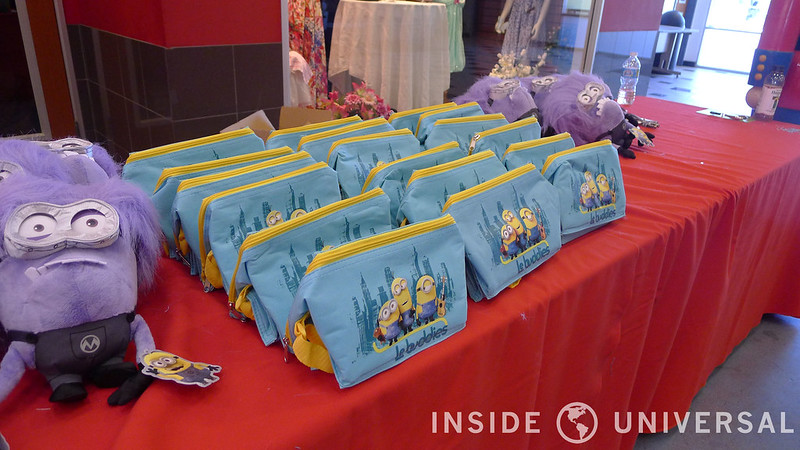 Upon leaving, each child was given a Minion plush and bag. 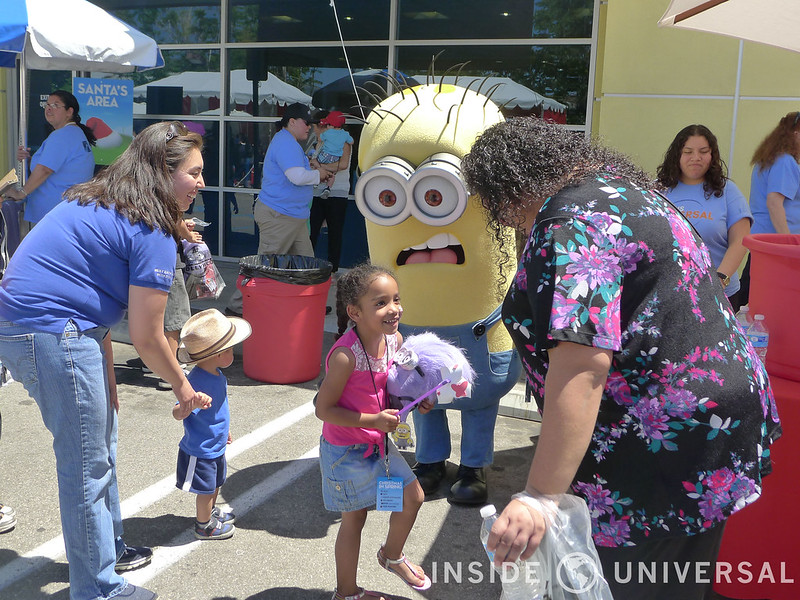 Some of the Minions were a bit shocked at how much the children seemed to enjoy the purple Minions. 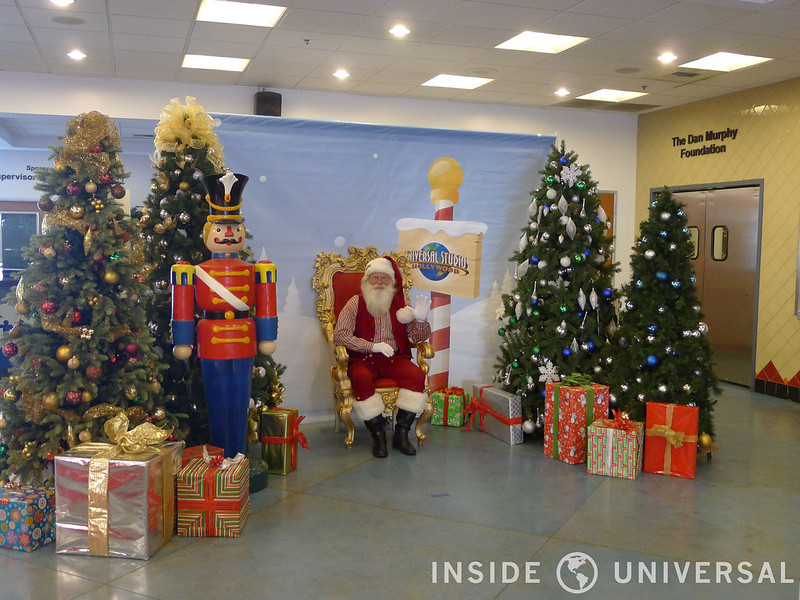 Of course, it wouldn’t be appropriate to call this Christmas in Spring without the big man himself there.