“People are going to see the Studio Tour in a whole new light.”

It’s a pun that Creative Director John Murdy is reluctant to make, but it really is the best description for what we can expect for Universal Studios Hollywood’s new nighttime offering to celebrate the park’s 50th anniversary. 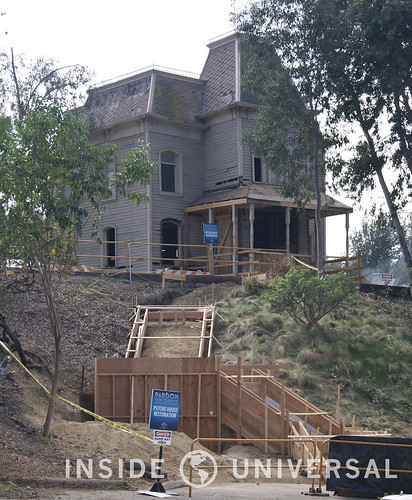 Little has been talked about the new tour, but we had a chance to chat with Mr. Murdy about what guests can expect. Moving away from light puns, John said that there is a reason Universal has never done a nighttime tour before. It’s dark.

“We don’t need lights on the back lot – productions bring their own.” This is also why eagled eyed guests, including those of us here at Inside Universal, have not spotted many new lighting rigs or structures being set up for the nighttime tour. The backlot will still have to accommodate productions bringing in their own lights, so the ones being used for the nighttime Studio Tour will be retractable.

Besides lighting elements, the tour will include projections and onboard tram audio. But it’s not just technology that is going to be used to “bring the sets to life”. Live actors will be used in vignettes around the tour. We know from previous reports that we can expect to see specific scenes taking place in the Court of Miracles, on New York Street and in Courthouse Square. This leads us to the second cliche that John doesn’t like to use, but does anyway, “The stars come out at night.”

“One of the fun things we are doing is recreating classic movie moments out of the backlot with live actors much like we do with Norman [Bates] during the day.”

Speaking of the Bates Motel, John recently tweeted about doing some testing out at the Psycho house, so we asked him what we could expect there.

“Over the years, you could look up at the upper window and get a peak at mother – that’s the mother that Norman with his taxidermy skills stuffed. In the movie, Norman has physiologically becomes mother, he dresses like mother and he murders people as mother.”

“We are going to see him [Norman] pacing back and fourth in the doorway of the Psycho house. It’s stuff that I’ve done harkening back to Halloween Horror Nights and different things I’ve done in mazes, I’ve just always wanted to do it in the real set.”

Murdy continues, “As you go by the Psycho House you’re going to hear that great audio from Anthony Perkins from the end of the film when he does that great monologue that ends with ‘I wouldn’t harm a fly.’ If you look at the set itself, you’ve got that beautiful glass door and then you have the two side windows. We are going to see him [Norman] pacing back and fourth in the doorway of the Psycho house. It’s stuff that I’ve done harkening back to Halloween Horror Nights and different things I’ve done in mazes, I’ve just always wanted to do it in the real set.” 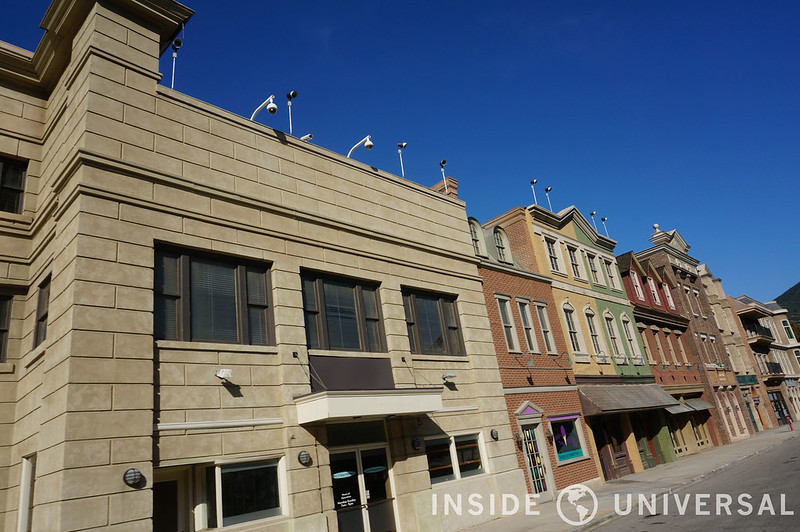 During the existing daytime tour, those “real sets” are marked by their static uneventfulness. Murdy hopes that what they are bringing to this new nighttime offering will have people thinking it’s a completely different tour. For the most part, Universal is still considered daylight park. We asked John about how the nighttime Studio Tour would compare to other theme park’s nighttime offerings.

“The Studio Tour has always been the heart and soul of this place going back to the earliest days of the theme park, because that’s all there was back in 1964, and it continues to be that to this day. It’s the only place in the world you can tour a movie studio and have the real behind the scenes aspects of movie making, but also have the thrills and excitement of the big amusement park attractions, things like King Kong and of course Fast and Furious: Supercharged, so I think it is the perfect cap to your night to take a spin on the backlot and see the backlot in, no pun intended, a different light.”

…and on the subject of the highly anticipated Fast and Furious: Supercharged tour animation set to debut this summer?

“What’s great about Fast aside from the brand and how much people love it, is it’s a true finale to the studio tour.”

“It has a lot of story point along the way, and it really does have a big foot print on the Studio Tour. And that’s kind of cool too in a sense – it’s not just like you arrive at the attraction and it begins. There are references to it along the way which I’m sure they are talking about, but what I think is cool about it – aside from just the obvious spectacle of it – is how much that brand Fast and the Furious has grown and expanded since the first film came out. I remember reading the script for The Fast and the Furious when it was a movie called Red Line before it ever got made and it was a modestly budgeted street racing movie tying into this kind of moment where that became really popular in culture and now you look at the box office effect.”

“What’s great about Fast aside from the brand and how much people love it, is it’s a true finale to the Studio Tour. In all its years the Studio Tour has never really had a finale. The closest thing you had to it, back when I was a tour guide, was the Ice Tunnel. Which was a great optical illusion that amazed back in the 70s, but it’s never really had a finale that really embraced technology and the here and now of theme park design and now it’s going to get that.”

Universal’s Nighttime Studio Tour is expected to open Fourth of July weekend and run weekends through Labor Day. Meanwhile, Fast & Furious: Supercharged is set to debut on June 25. Be sure to check back with Inside Universal for all updates leading up to the launch.

Portions of our interview with John Murdy have been edited for brevity. Our thanks to Universal and Mr. Murdy for the opportunity.