August 17, 2015 – Mel’s Diner, a classic Universal Studios Hollywood staple, will be undergoing an extensive period of refurbishment, Inside Universal has learned.

Aimed at revitalizing the restaurant’s infrastructure, Mel’s refurbishment will be completed in early 2016 as Universal prepares to open the Wizarding World of Harry Potter. While specific details of Mel’s refurbishment are unknown, Inside Universal has heard unverified reports that Universal is looking to expand the restaurant’s internal capacity. Such an expansion would allow Universal to accommodate the expected increase in crowds for Wizarding World.

Serving a variety of burgers, sandwiches and drinks, Mel’s Diner is themed after the 1973 Universal film, American Graffiti. Please stay tuned to Inside Universal for more on this and other stories originating from Universal Studios Hollywood. 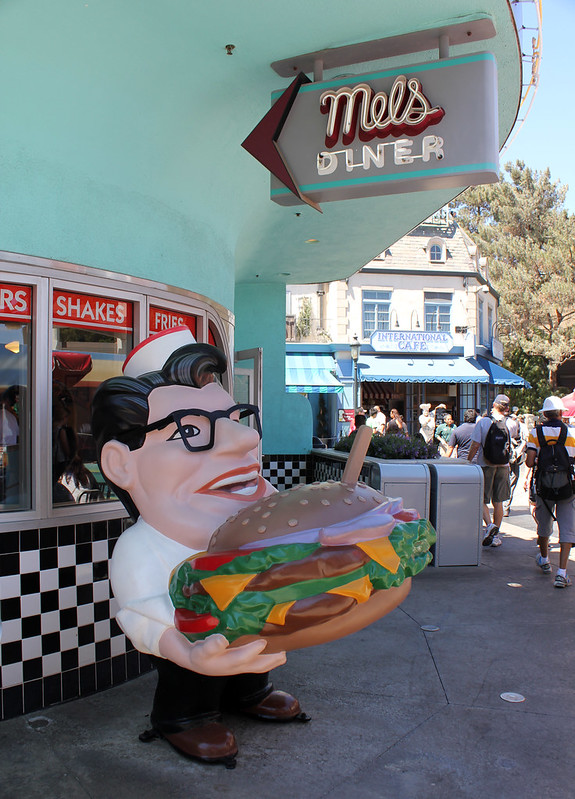