October 28, 2015 – We are officially half way through our series on Universal Studios Hollywood’s Halloween Horror Nights 2015. For our returning readers, welcome back! And for those of you who are just joining us, here’s an overview of how these articles go. In the efforts to encourage our readers to experience the event themselves, without spoilers, I’ve chosen to forgo giving a play-by-play of each maze. Instead, these articles will give you some background on each franchise as well as my overall impression of how the maze represented these franchises. Now let’s get started!

Earlier this year, it was announced, to no surprise, that AMC’s The Walking Dead would be returning to Universal Studio’s Halloween Horror Nights for the 2015 season. Much like years prior, this year’s maze focuses on the most iconic moments from the most recent season of the extraordinarily popular zombie franchise. Located in the former location of Soundstage 28, The Walking Dead: Wolves Not Far promised to be the “biggest, longest, most gruesome” maze to date. 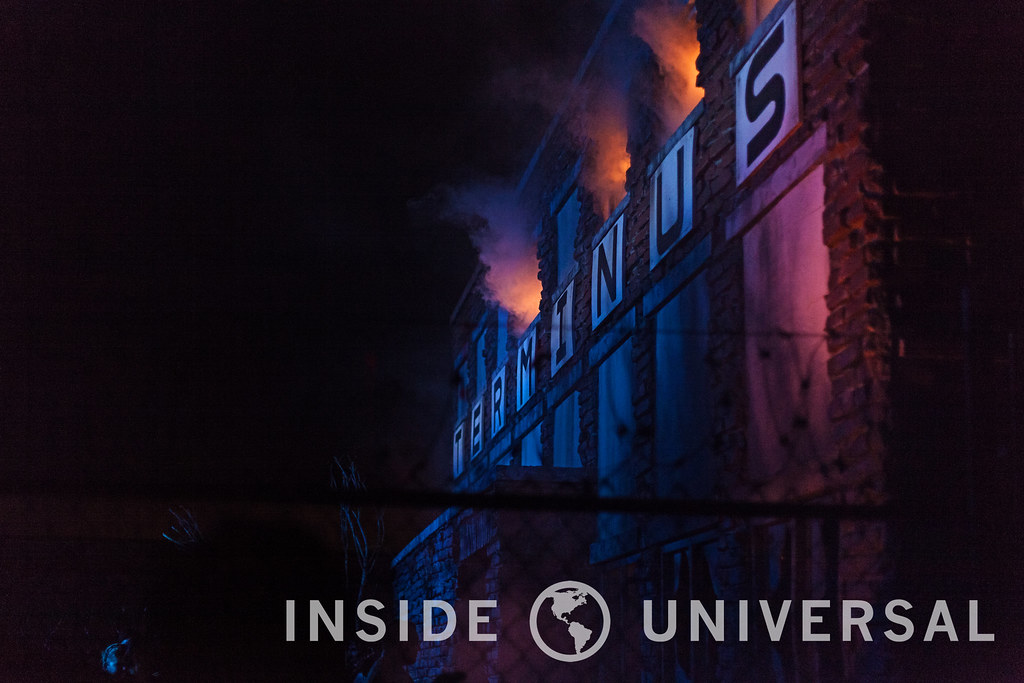 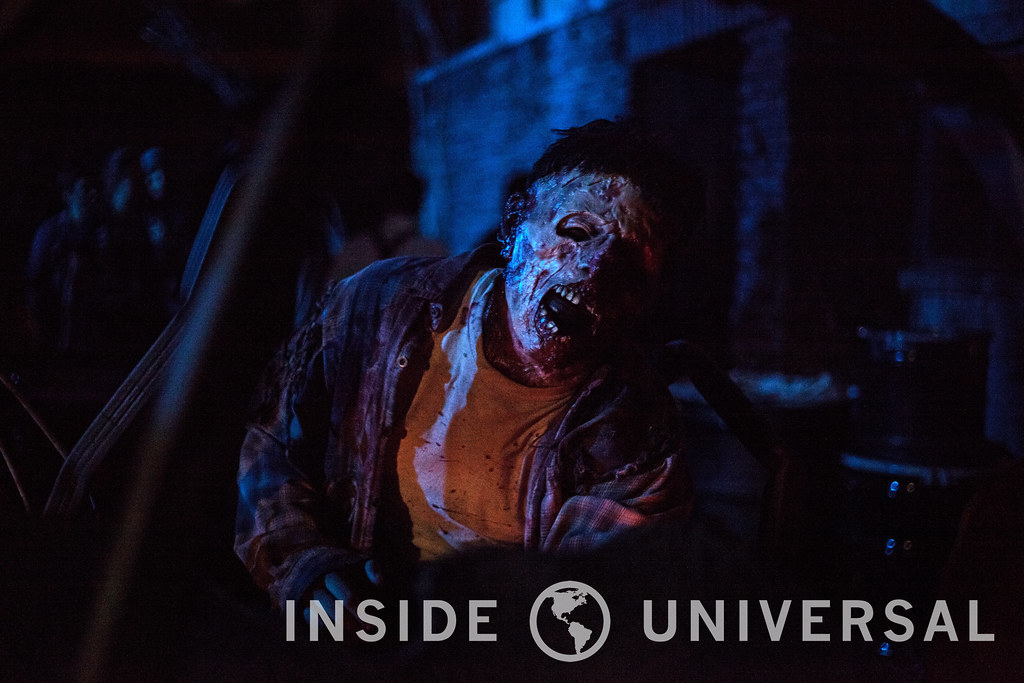 AMC’s The Walking Dead is a horror/drama television series based on the comic book series written by Robert Kirkman. As you can guess from the name, the series takes place in a post-apocalyptic world overrun with zombies, or as the characters call them, “Walkers.” Over the last five seasons, we’ve followed officer Rick Grimes and his team as they fight for survival against the undead and the living. Well into its sixth season, the success of The Walking Dead has only grown, raking in millions of viewers each week.

As mentioned above, this year’s maze, The Walking Dead: Wolves Not Far focuses primarily on events that occurred in season 5. Season 5 picks up where season 4 left off in Terminus. Unlike the sanctuary that was promised, Terminus turned out to be a community of cannibals who lured survivors to their city to satisfy their practice. After a fairly gruesome escape, Rick and his team find sanctuary in a nearby church occupied by a new character, Father Gabriel. Naturally, their troubles didn’t end there. After many hardships and deaths that are typical in every season of The Walking Dead, the season ends with the group coming together in a new city known as Alexandria, which has somehow managed to survive and thrive despite the zombie apocalypse occurring outside its walls.

Some of the iconic scenes and locations from season 5 of AMC’s The Walking Dead include Terminus and its cannibals, Pastor Gabriel’s church, and a FEMA camp where all hell has broken loose. From there, you continue into the Del Arno Foods warehouse facility where you come across the group’s newest enemies, “The Wolves.” Not much has been revealed about “The Wolves” yet in The Walking Dead series except that they are a group of survivors who believe themselves to be descendants of wolves whose purpose is to scavenge and kill as many survivors they can. After they trap, kill and mutilate their victims, “The Wolves” leave them with their iconic letter “W” carved into their victim’s foreheads. 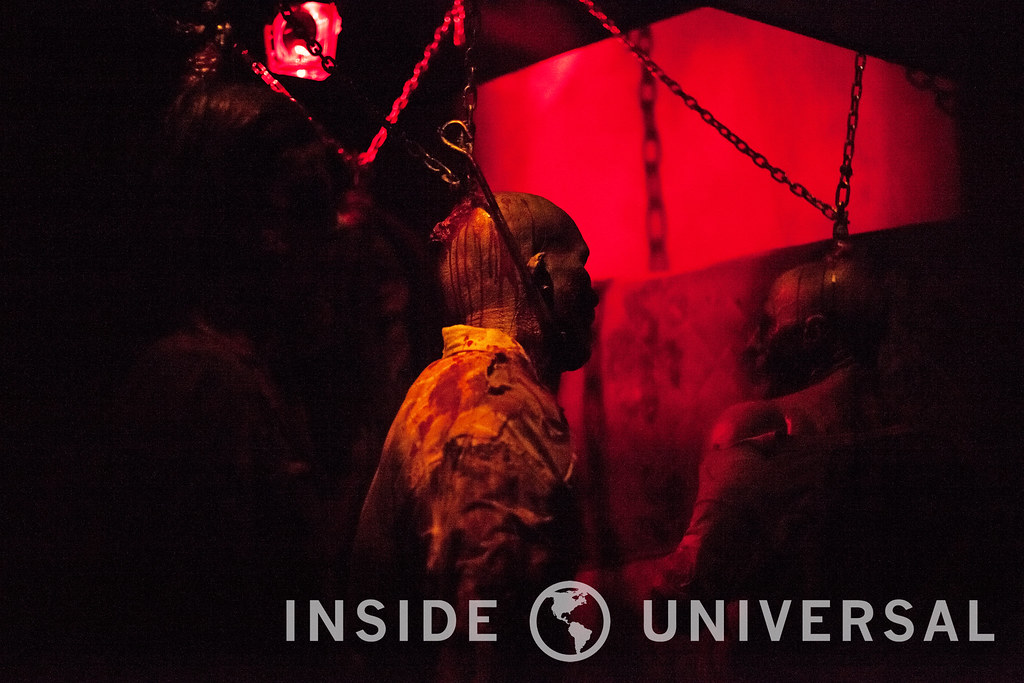 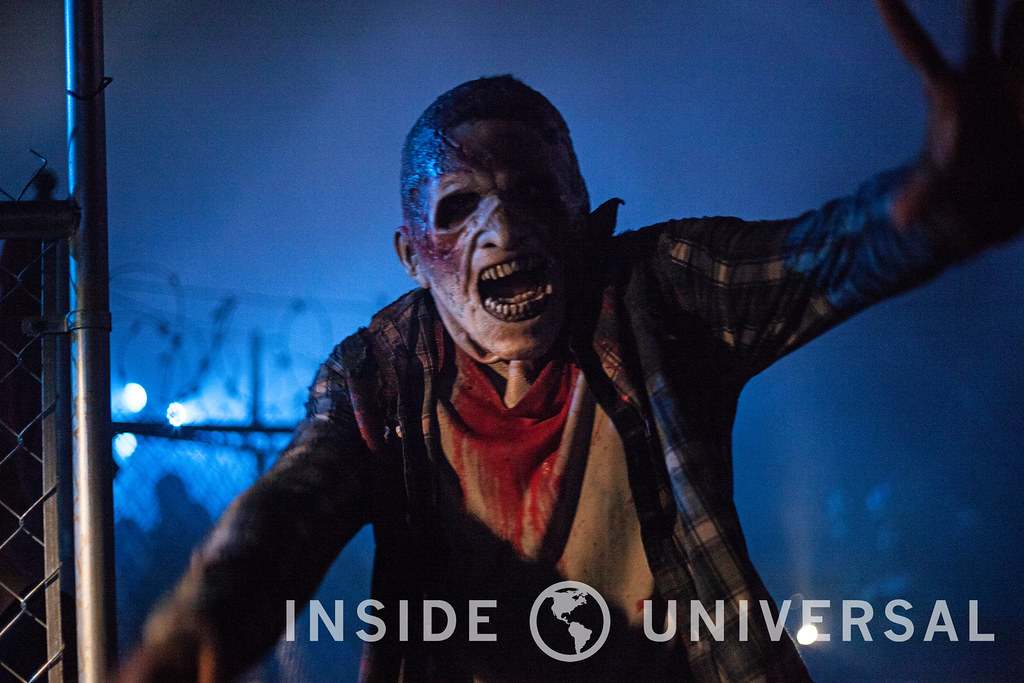 Just like the creative team over at Halloween Horror Nights promised, this maze is definitely bigger and longer than ever before seen at Universal Studios Hollywood. However, with that length comes many of this maze’s downfalls. Because of this franchise’s popularity, the Walking Dead mazes are always wildly popular and attract a huge crowd. To accommodate this crowd, the employees tend to let huge groups of people in at a time and they don’t allow much time in between each group. As a result, you get overcrowding which not only causes most guests to miss many of the scares, but there is almost always a back-up in the maze. At this point, I have gone through the maze three times, and I still haven’t seen all of the scares because of the huge group they send us in with. The most notable crowd issue I came across inside this maze was when the crowd backed up and caused us to be at a stand-still in one room for at least 5 minutes. I was squished between a group of tall men and a poor scareactor who seemed at a loss for what to do after only having me to “scare” for those five minutes. By the time we started moving again, I was hot, sweaty, and over the whole zombie experience.

“Just like the creative team over at Halloween Horror Nights promised, this maze is definitely bigger and longer than ever before seen at Universal Studios Hollywood. However, with that length comes many of this maze’s downfalls.”

Now don’t get me wrong, I love The Walking Dead as much as the next person, but I don’t think I’m the only one who has gotten tired of these mazes. Granted, each year they do manage to bring about new scenes from the previous season to the mazes. This year, for example, my favorite scene that was portrayed in The Walking Dead: Wolves Not Far was Noah’s death scene. The actor portraying Noah is consistently believable and creates a great distraction for an upcoming scare. However, there are only so many times you can be frightened by walkers before they become commonplace. Just like Rick and his gang no longer fear the walking dead, I, too, have grown immune to their fear factor. Because of this, I can’t rightly say that I particularly enjoyed this year’s maze. In fact, aside from the scene with Noah, I can’t say that this year’s The Walking Dead maze was that memorable.

This isn’t to say that the design and scareactors weren’t up to par. Like every maze this year, the set design and the commitment of the scareactors were incredibly impressive. It’s always amazing to me how dedicated the actors are to their characters. To bring back the example of Noah, he is so believable that it brings back the same emotions I felt when watching that episode on TV. My opinion of this year’s maze has nothing to do with its execution; rather it comes from a place of boredom from its continuous returning each year.

That does it for this article on The Walking Dead: Wolves Not Far. Let me know in the comments down below if you agree or disagree with my assessment of this year’s Walking Dead maze! I would love to hear your thoughts. As always, thank you for making Inside Universal your number one source for all things Universal Studios Hollywood and Halloween Horror Nights 2015. Stay tuned as we continue this series on Halloween Horror Nights 2015 with This is the End: 3D. 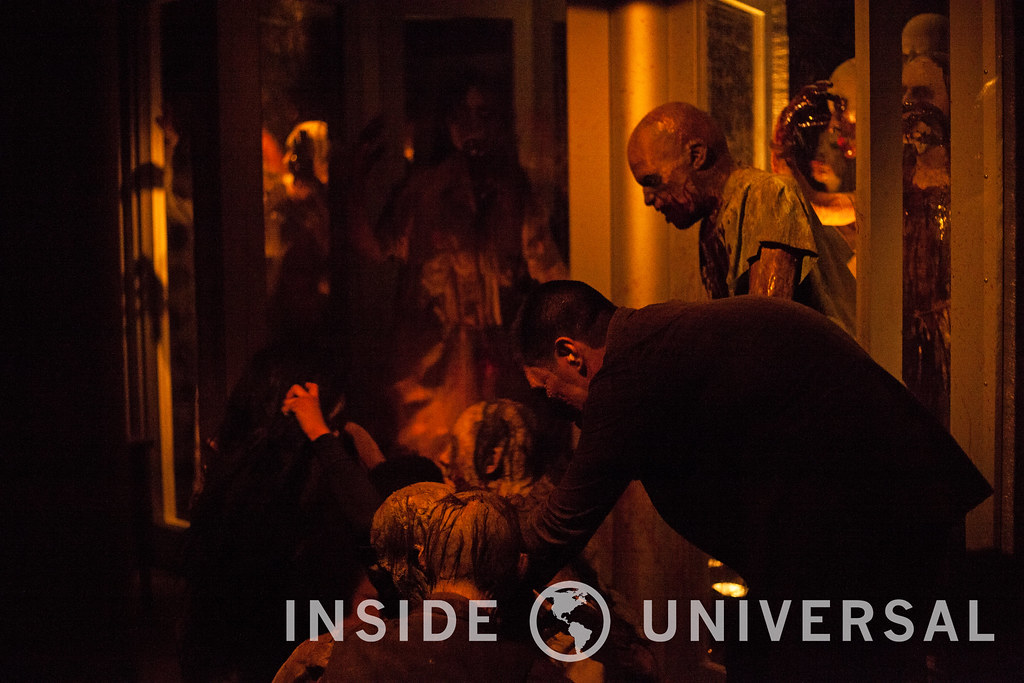