“How do we redevelop what is essentially the same show, but really get it to where it should be?”

That’s the question Universal sought to accomplish when they went into development for the new Special Effects Show nearly a year ago. While the Upper Lot’s iteration of the Special Effects Stage premiered in 2010 to somewhat positive – if not overly cautious – reviews, it had never achieved the same spirit as the original Special Effects Stages that was famously housed in the Lower Lot years ago. 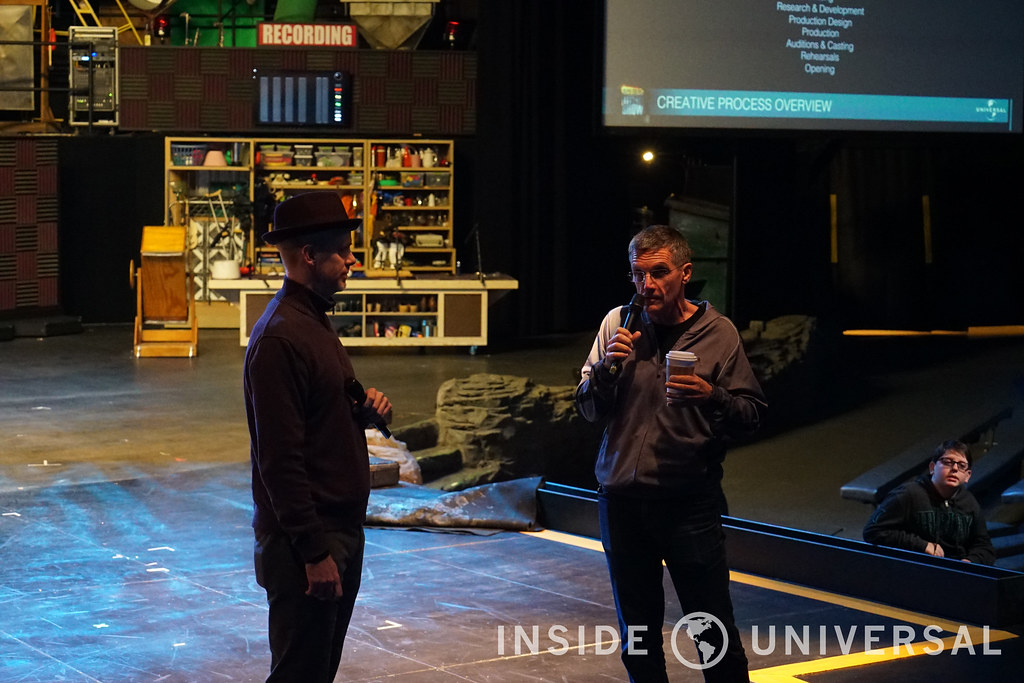 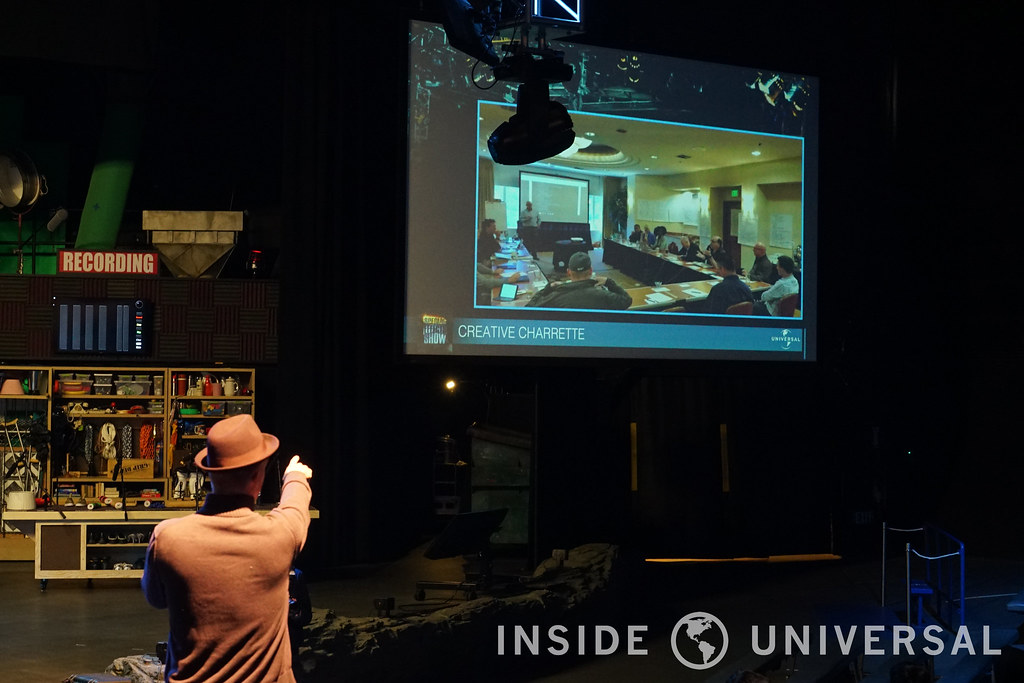 Back in 2010, Universal had sought to transfer the same comedic atmosphere that had been quietly nurtured in the Lower Lot production to a larger, more elaborate production on the Upper Lot. While the Upper Lot production – housed in the infamous Castle Theater – carried some of the elements made so famous in Universal’s original production, it had never quite managed to capture the edgy, comedic (and sometimes sardonic) look at the movie-making industry that made the Lower Lot show such a continuous draw for fans. Comedy is often said to be the most effective in small, intimate environments, and the Castle Theater’s 1700 room capacity often made it difficult for hosts to connect with the audience on a personal level.

In a trend that began with the overhaul of WaterWorld back in 2014, Universal re-evaluated their current production of the Special Effects Stage and tried to emphasize and bolster the stronger elements in the show. The Special Effects Show was born. 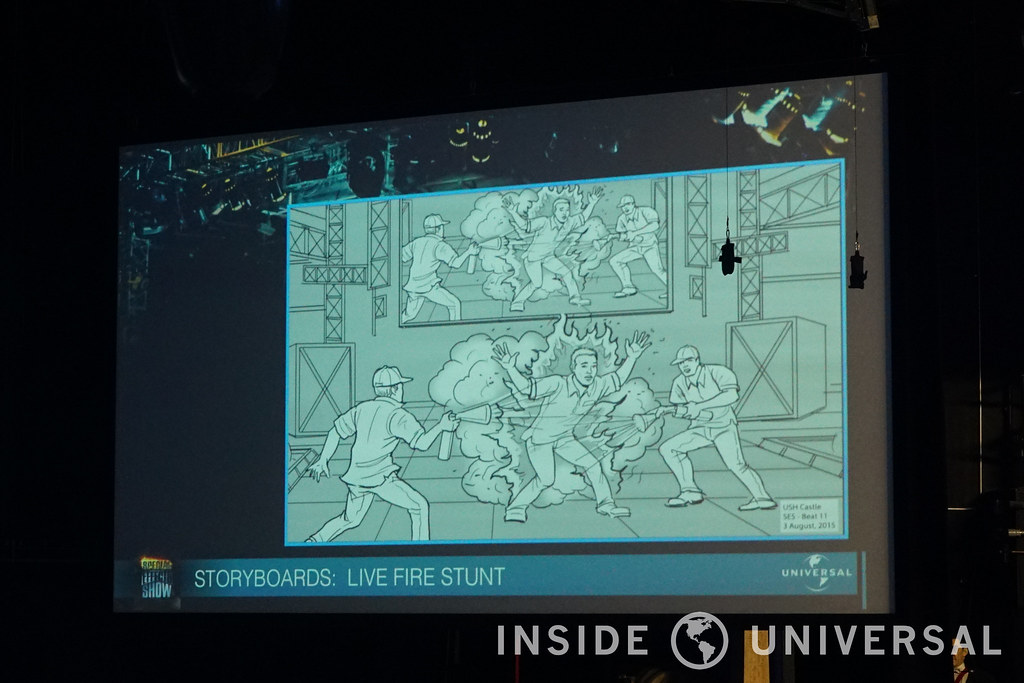 A storyboard for the show’s new burn sequence 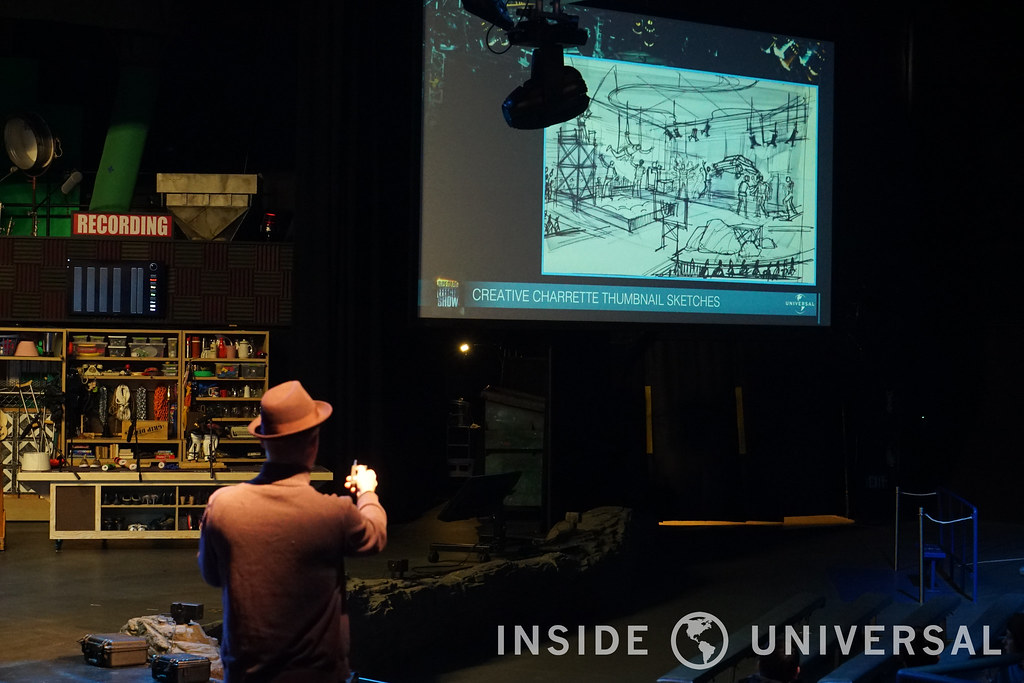 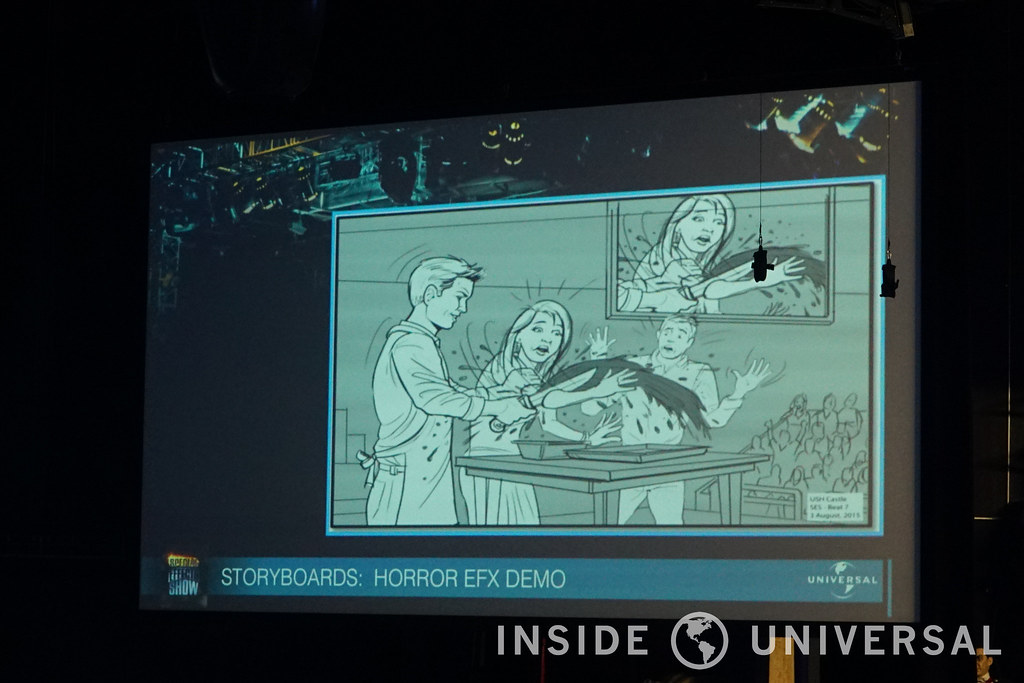 A stylized rendition of the blood knife trick

Gone is the emphasis on melding comedy and information – a dubious combination in a theater known for troubled productions – and in its place, an informative and, more importantly, spectacular look at Hollywood movie-magic. However, while the creative team at Universal may have infused more stunts into the show, they also chose to focus on the important contextual elements that ultimately tie a production together. Towards the end of its shelf life, the Special Effects Stage gained a reputation for its reliance on long video segments lifted from the Despicable Me franchise. The new Special Effects Show would need to captivate audiences with information that they didn’t already know, and in a manner that would allow the show to move at a brisk pace.

Refinement would be key, and segments from the previous show would either need to be rethought or dropped completely to incorporate the show’s new action sequences. Segments – like the green screen demonstration and bits explaining the use of computer-generated imagery – were removed or condensed in favor of elements that involved more sophistication and engaging audience participation (like the familiar Foley bit from the original Lower Lot production). Once the informational portion of the show was completed, Universal turned to Action Horizons to focus on the show’s new stunts. 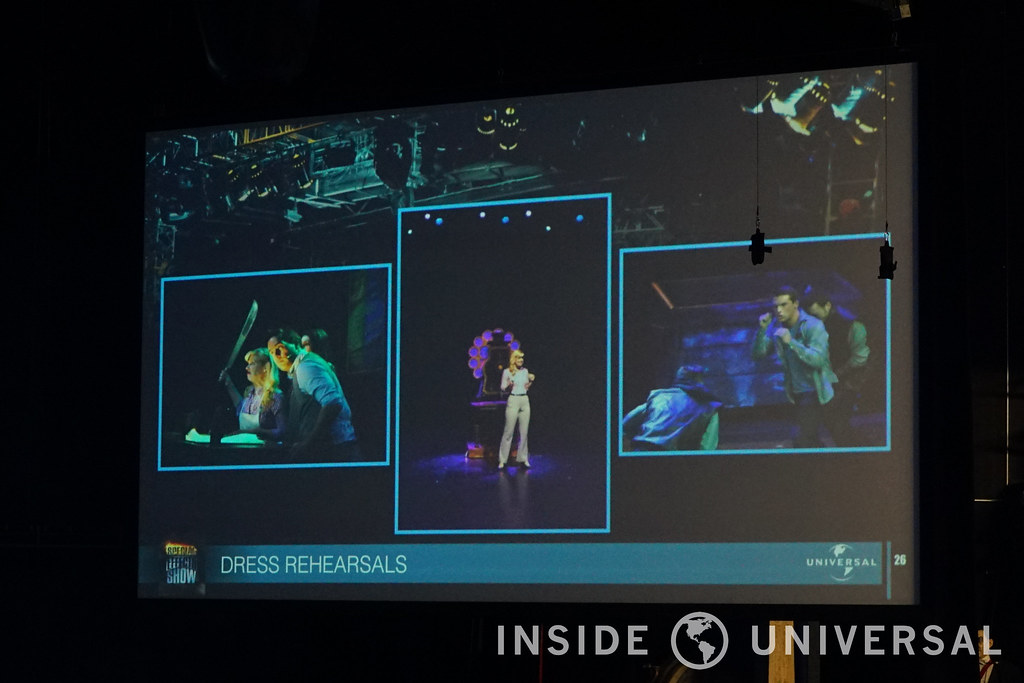 An early dress rehearsal of the new Special Effects Show 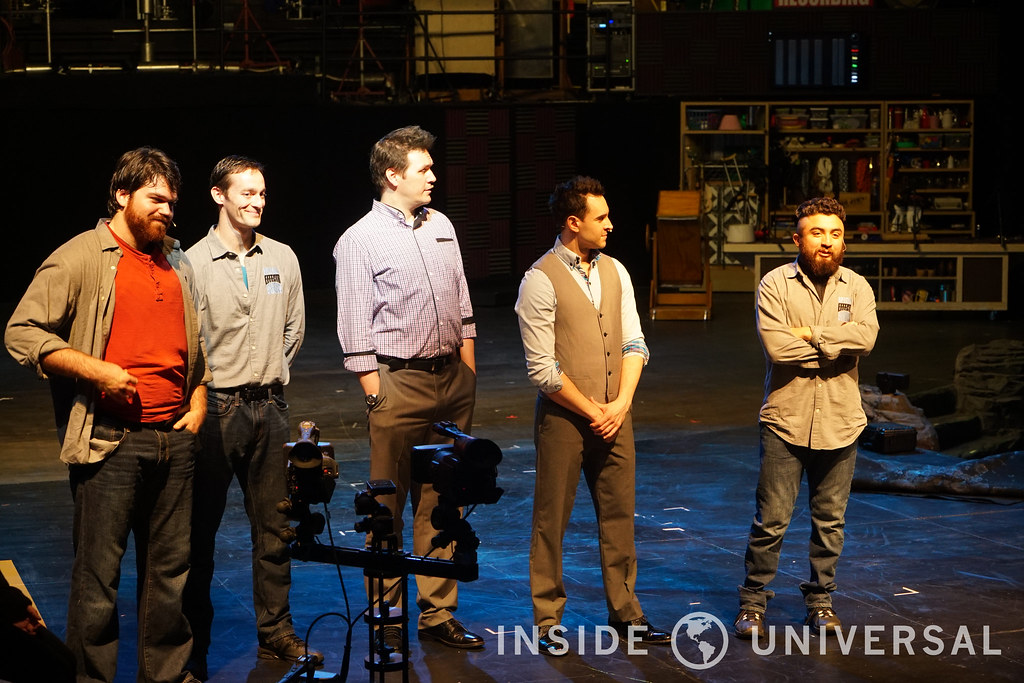 The cast of the new Special Effects Show

Coming off the heels of the successful relaunch of WaterWorld 2.0, Action Horizons went through weeks of research and development to incorporate stunts into the new show that would be both engaging for audiences and safe for their performers to perform. New elements like the indoor burn and the fight sequences were carefully choreographed to allow actors to perform up to 12 performances per day, and in incredibly tight spaces. While Hollywood’s iteration of WaterWorld may be the tiniest of the three versions that exist worldwide, Action Horizons would need to work in an even smaller environment that came with the Castle Theater. Concepts like a hovering car were originally proposed, but Universal eventually refined their roster to three stunts involving wire hangs, a fight sequence and an indoor burn – the latter of which proved to be a fan favorite at the Annual Pass Event. Universal – obviously happy with the show’s final product – made it a point to note the collaborative partnership between them and Action Horizons.

“We’ve got really a first-rate group of performers and company,” Runco said of Action Horizons, and with WaterWorld 2.0 and the new Special Effects Show under their belt, one can’t really argue with their results.

The new Special Effects Show can be seen in the Castle Theater at Universal Studios Hollywood. We’d like to thank Universal for hosting another Annual Pass Event. It’s phenomenal to see them ramp up their engagement with the fan community.