The Universal City/Studio City Metro Bridge is now open, Inside Universal has learned.

Debuting alongside The Wizarding World of Harry Potter on April 7, the new pedestrian bridge features two escalators, three elevators and three staircases, elevating traffic above Lankershim Boulevard. A pathway – featuring lighting underneath the handrails and barbed fencing on either side – curves alongside the intersection, allowing pedestrians to exit off three points.

Crews began construction on the pedestrian bridge in June 2014, aiming to reduce the number of traffic incidents between guests traveling between the Universal City Metro station and Universal Studios Hollywood. The $19.5 million dollar project is part of the larger NBCUniversal Plan, which aims to redevelop Universal City with new infrastructure and attractions across two decades. The new pedestrian bridge was funded in part by NBCUniversal and by the county. 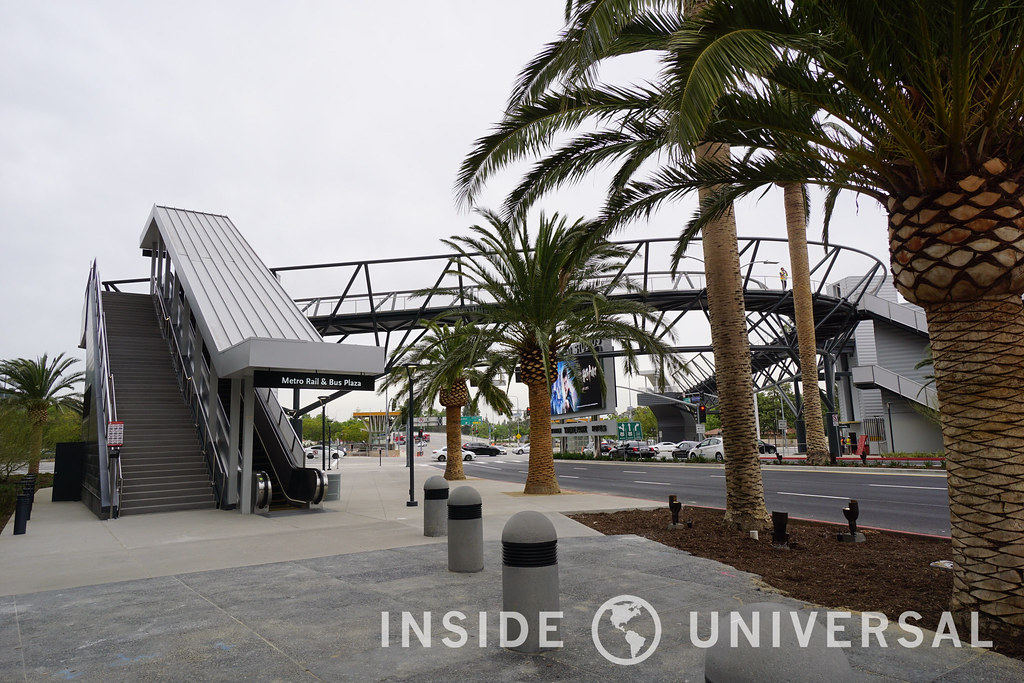 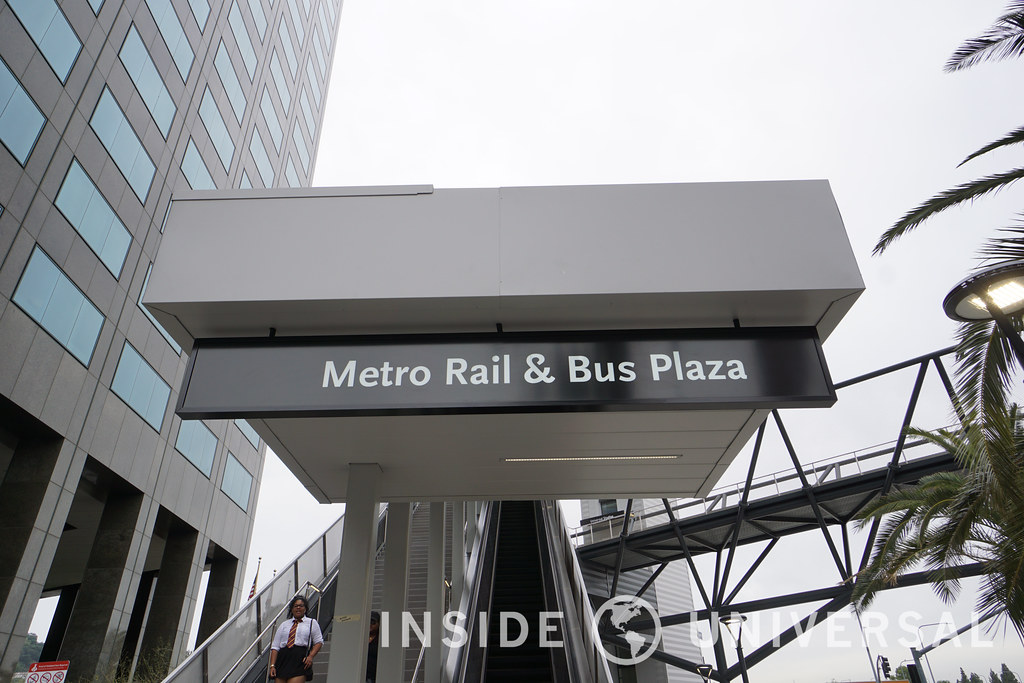 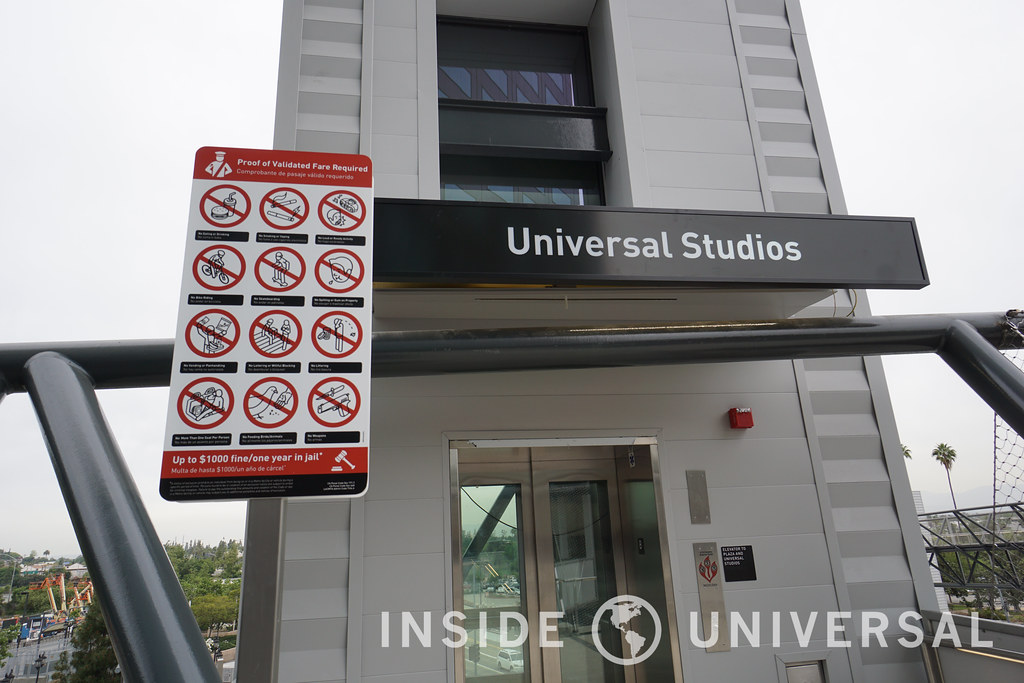 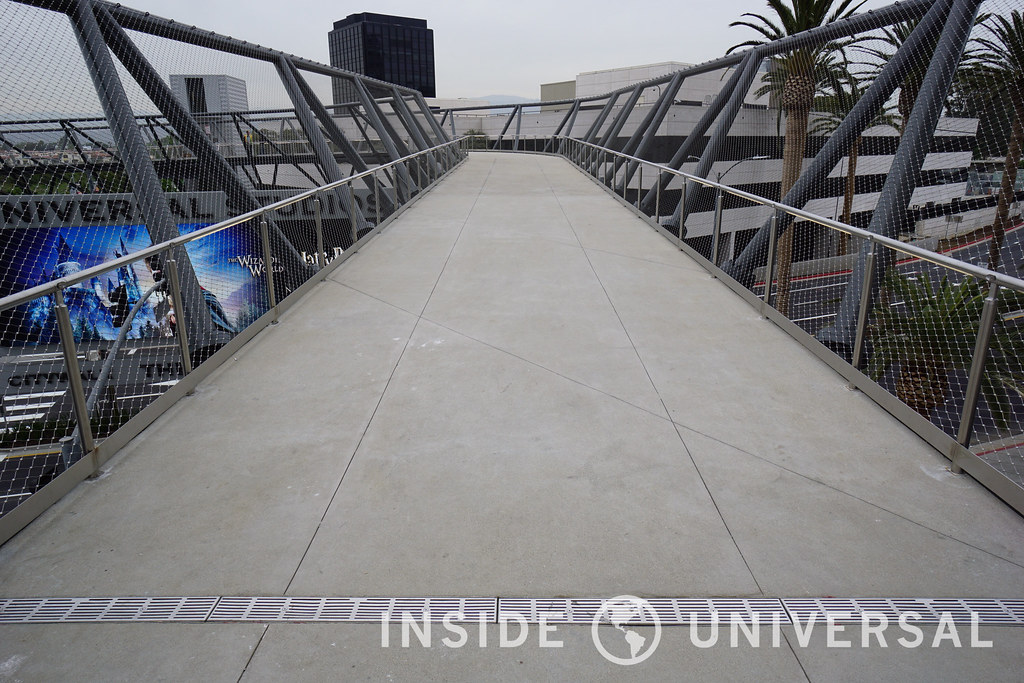 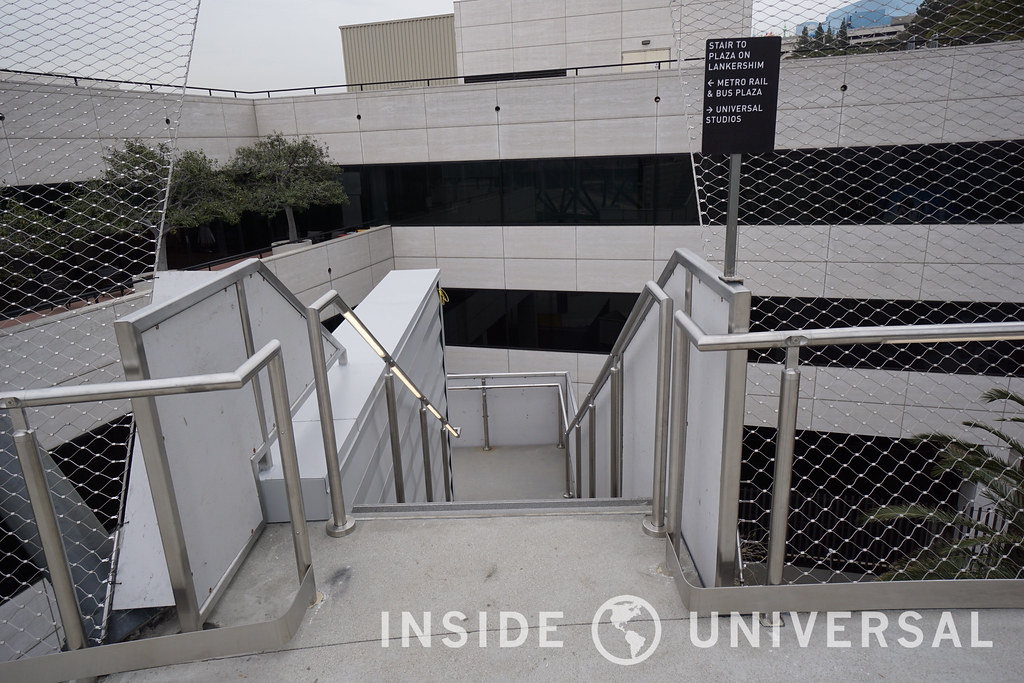