Focusing namely the athleticism and dexterity required to become a walker, John Murdy and Greg Nicotero introduced the opening cast of Universal’s up-and-coming year round maze. Their challenge? To create a cast that can embody the general characteristics of a walker, while still retaining some form of individuality. As Murdy put it, actors must “find their inner walker.”

As cliché as that may sound, the attraction creators’ emphasis on originality rings true. With an attraction that aspires to be as authentic as The Walking Dead Attraction, placing untrained performers in an immersive environment runs the risk of showcasing caricatures – a huge offense that could throw off the balance of the attraction. Instead of simply mimicking the popular television show, Murdy and Nicotero aim to place you in the heart of the show’s premise. Authenticity, therefore, is key. You’re not just watching events from The Walking Dead transpire – you’re living it.

Now here’s the key question: how does Universal transform dozens of talented actors into authentic walkers?

Just like the television show itself, Universal will host a series of walker schools (often referred to walker boot camp by the attraction’s creators). What does boot camp entail? Well, lot and lots of movement (as expected), some chasing, but more importantly, no gliding and especially no stomping – a movement that Nicotero jokingly referred to as the “get out of my yard zombie.” Walkers on The Walking Dead television show feature a series of underlying base movements that are unique to the show: nonlinear, explorative, and intensely focused on their pray. Add these movements, a touch of individuality, makeup and a final screen test and you have the foundation of The Walking Dead Attraction.

However, unlike the show, the attraction differs in one significant way: there are no cuts. Unlike a television show, which can be sliced together through a series of short clips, The Walking Dead Attraction is one continuous experience, and thus, actors are expected to maintain their character for hours on end in a typical operating day. This level of consistent movement over time requires a tremendous amount of stamina and discipline – two traits that will undeniably be developed over the course of boot camp training.

After observing a public screen test of the attraction’s opening cast, Nicotero and Murdy conducted a question & answer session dedicated to the attraction. The main takeaways? The Walking Dead is immensely popular – both in the United States and worldwide, hence Universal’s decision to create an all-new experience in the park. As Murdy noted, the show “transcends the narrow confines of what we think of horror, becoming a pop culture phenomenon.” Simply put, the show is immensely popular worldwide, with domestic and international figures to support that claim.

The second takeaway? The attraction will feature hundreds of Easter eggs with references plastered throughout the maze. Time and time again, Murdy and Nicotero stressed the importance of authenticity, with every detail – such as the Don’t Open / Dead Inside doors – matched exactly with the television show. 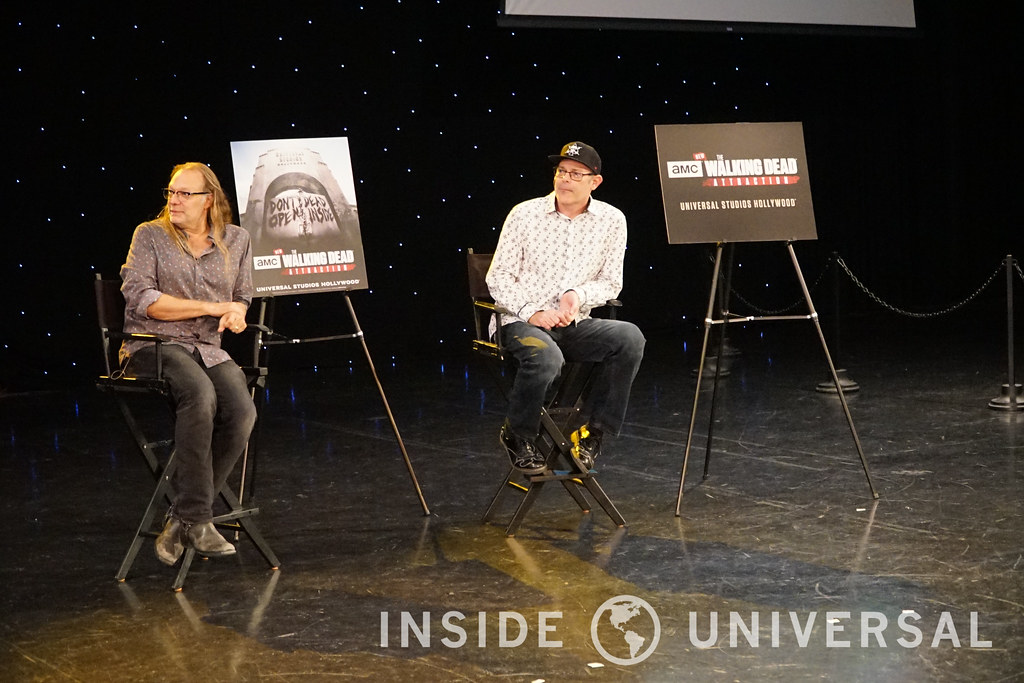 Third, the attraction features effects that will adjust accordingly depending on how guests traverse through the maze. Dozens of effects profiles were created to cater specifically to guests who may take a slower pace, alongside those that might breeze though. Studies on crowd flow gathered from Halloween Horror Nights were incorporated into the attraction to ensure that every guest – even those running – have the same opportunity to receive the same level of interaction, albeit in a slower or faster form.

Fourth, while the attraction could have been a ride, Murdy pushed for a walk-through experience, noting “the survivors [in the television series] – when they get from point A to point B – are walking.” Murdy also made it an effort to stress that there isn’t a ride vehicle protecting you from the attraction’s interactive elements, intensifying the guest experience. 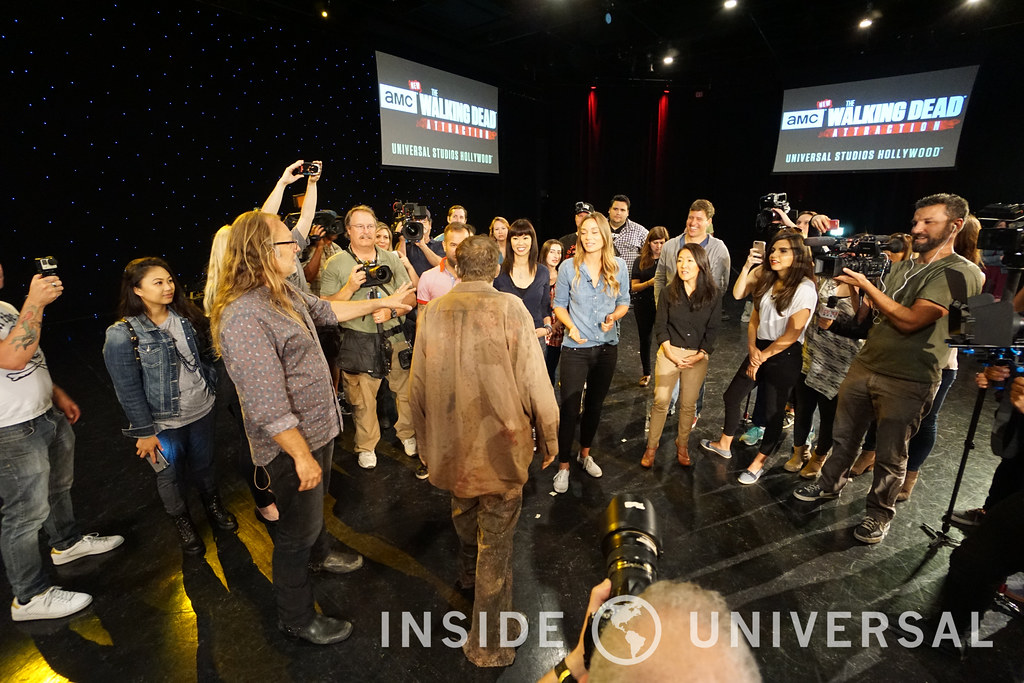