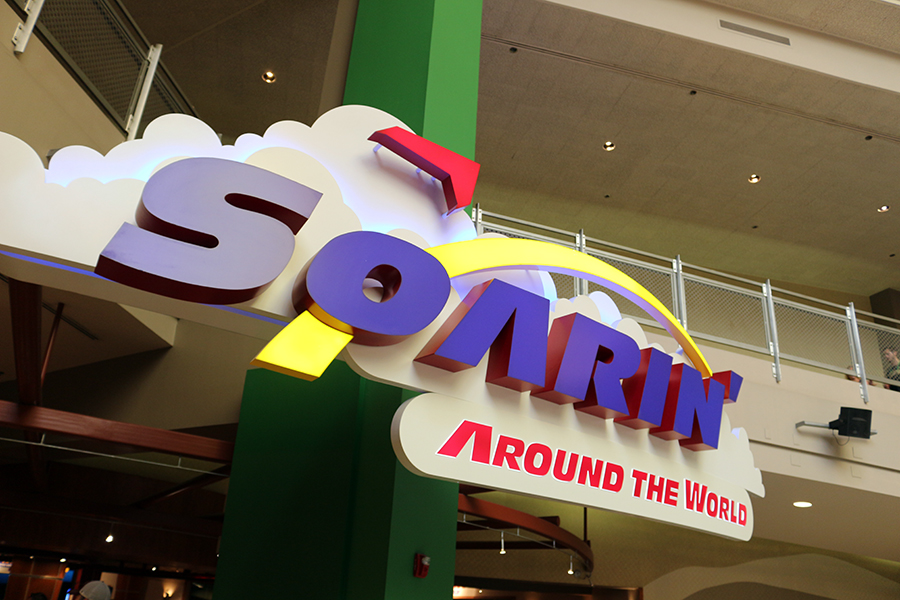 Soarin’ Around the World officially opened at Epcot on Friday, June 17.

The new, updated version now features high-definition, laser-projected footage as guests “soar” through some of the world’s most famous landmarks – including the Pyramids of Giza, Eiffel Tower, Great Wall of China, and more.

Much of the queue remains the same, with the blue hues and lighting; and “Around the World” added to the Soarin’ marquees. The interactive game that was featured in the stand-by queue is now gone, replaced by videos of clouds to give the queue a “terminal” feel. In addition, Disney has added a 3rd theater to help alleviate the wait times.

Patrick Warburton still serves as the “Chief Flight Attendant”, providing guests with important safety information. The score was composed by Bruce Broughton, who based the new music on the original Soarin’ score by the late film and television composer Jerry Goldsmith.

Originally opening in 2005, Soarin’ took guests over breathtaking views of California. The California version did return for a limited-time this Summer, before finally retiring on June 16th.