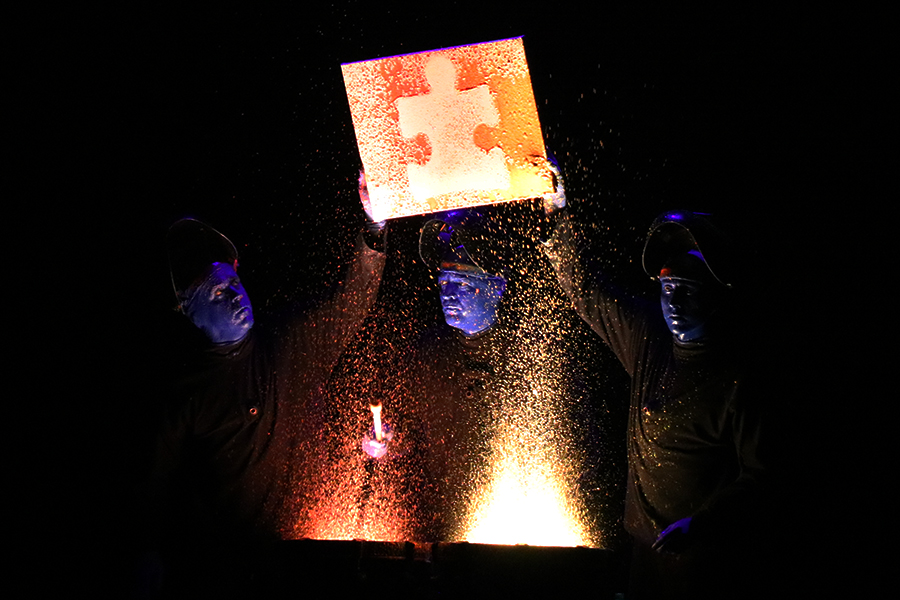 The sensory-friendly show featured slight modifications including reduced sound and light levels at various moments throughout the show and earplugs were made available upon request. The Blue Men also limited the amount of direct audience interaction and kept their approach to the audience more subdued.

‭”We’ve heard from many families affected by autism that their children responded to the Blue Man character in a very moving way. We don’t know ‭the exact reason. We can only speculate that it has to do with the Blue Men communicating in their own unique way — non-verbally, through visuals, touch and sound.

Blue Man Group created a calming environment in the theater’s lobby for families seeking a break from the excitement. After the performance, guests participated in a meet-and-greet with the Blue Men and band members. As part of the partnership, Blue Man Group has pledged to donate a minimum of $25,000 to the cause as well as host autism-friendly shows suitable for families in Boston, Chicago, Las Vegas, New York City and Orlando.

Below is our interview with one of the Blue Men – Jordan, in which we discuss how they worked on putting together an autism-friendly version of a high-sensory show:

Autism spectrum disorder (ASD) and autism are both general terms for a group of complex disorders of brain development. These disorders are characterized, in varying degrees, by difficulties in social interaction, verbal and nonverbal communication and repetitive behaviors. Autism Speaks is dedicated to promoting solutions for the needs of individuals with autism and their families through advocacy and support. If you want to get involved and help in any way you can, make sure to visit autismspeaks.org