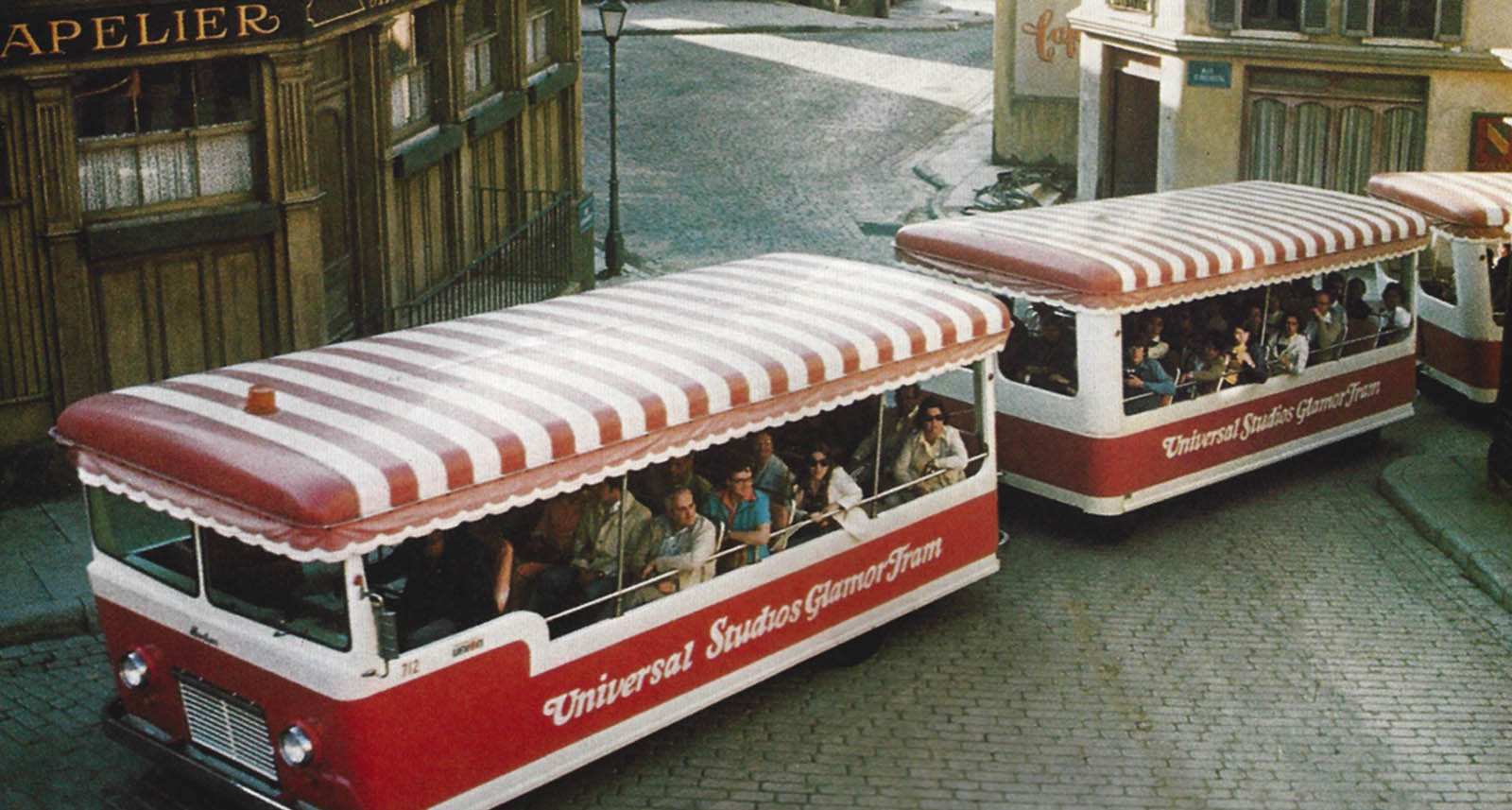 Today, we’ll be looking at Universal Studios Hollywood’s first park president, Jay Stein, and how he managed to run the world’s first movie studio and theme park. Be sure to read Jerry Green’s book to learn more about this and other stories from the park!

Universal Studios Tour (now called Universal Studios Hollywood) was the beginning of what evolved into one of two major theme park companies that dominate the world of outdoor entertainment. But who was the driving force steering the Universal juggernaut that took on Disney?

A young man, fresh out of National Guard basic-training, was weighing his possibilities after completing six months of military service. A friend suggested he should consider the mail room at a movie studio, in particular Universal Studios. The mail room? Yep. The advantage of the mail room … you get to meet everyone on the lot while delivering the mail office-to-office.

So, in October, 1959, Jay Stein, a man who one day would be inducted into the theme park hall-of-fame, began his ‘show biz’ career the in mail room. Over an eight-year period he worked several jobs at the studio until 1967 when he was tagged at the age of 26 to be president of a division of MCA (parent company of Universal at the time). Following his father’s advice to ‘never turn down a job offered by the boss’, he assumed the role of president of a division at MCA.

Having no experience in theme parks, Jay learned from the best, Cliff Walker, the tour’s operations manager. A few years earlier, Cliff was hired from Freedomland in New York, having worked before that at the Seattle World’s Fair.

Cliff had an easy-going, laid-back management style (that part of the mentorship didn’t necessarily translate to Jay). I never saw Cliff yell or even get upset with his employees. And he usually served as a buffer between the more abrasive style of his bosses and those who worked for him. It was Cliff who gave me my break into the area of entertainment that I most enjoyed – hosting shows.

During his first seventy-two days as president, Jay worked every job at the tour. He wanted to learn from the ground up. Cliff taught him that the theme park business was always about the guests. So for Jay, he was the perfect mentor.

Most people would not consider Jay as ‘user-friendly’. He had a reputation for slicing-and-dicing his management team when things didn’t go the way he envisioned. He was a no nonsense manager who demanded loyalty and unwavering devotion from his employees. If the job required a twenty-four-hour shift, don’t ask, just do it. The project had to open on time. Terry Winnick, a VP and close friend of mine, lived out this overnight reality more than once.

To assure success, Jay always hired the most highly recognized people in any given specialty. If he needed a stuntman to advise on a project, Hal Needham. If show design and staging were required, Landmark Entertainment, or one of several companies with impressive credentials. If the quintessential consultant was required, Steven Spielberg. It was a business theory I admired. If you hire the most reputable person or company for the project, what can your bosses say if there’s a problem? You hired the best. But of course Jay rarely failed.

Although I spent 25 years at the studio working for Jay as a line-employee, then Entertainment Director, and finally in P&D, he never directed his rants at me personally. The only time he ever blew up was when I was Entertainment Director, and it was regarding the A-Team Show. But his anger was toward the show, not me. After ranting and ordering me to fire everyone in the show, he calmed and I saw a dramatic change in Jay’s demeanor. He said, “I don’t want to fire them. I’m just so frustrated with that show.” I understood that. It was the kind of show that caused your blood pressure to spike – lots of great individual elements that just didn’t work as a show.

Jay is thought of primarily as a manager, but he also had a creative side. Many of the successful promotions came as a result of his input and direction. He knew what he wanted.

And surveys … lots of surveys were taken in the Entertainment Center. It seemed the studio lived and died with surveys. That’s not a complaint. It’s to his credit. He wanted to know what the guests were impressed with, and where the yawn points were. After all, the guests were paying the bills. Listen to them.

But from an employee’s perspective, someone who usually viewed him from a distance, Jay was the consummate manager and visionary. He took a business that was dominated by the ‘mouse’ and carved out, not just a piece, but an equal share of the industry. He took on Disney and won!