During the D23 Parks & Resorts Panel at the 2017 D23 Expo, Disney has confirmed that the new name of Star Wars Land at both Disneyland and Disney’s Hollywood Studios will be called – “Star Wars: Galaxy’s Edge”.

The lands will feature two major attractions – one surrounding a battle between the First Order and the Resistance, and the other based on an Millennium Falcon experience. Each attraction and land itself will offer guests the chance to immerse themselves in the Star Wars universe.

Star Wars: Galaxy’s Edge will open in 2019, first at the Disneyland Resort and later in the year at the Walt Disney World Resort. 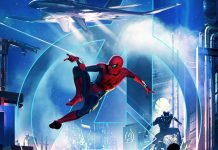