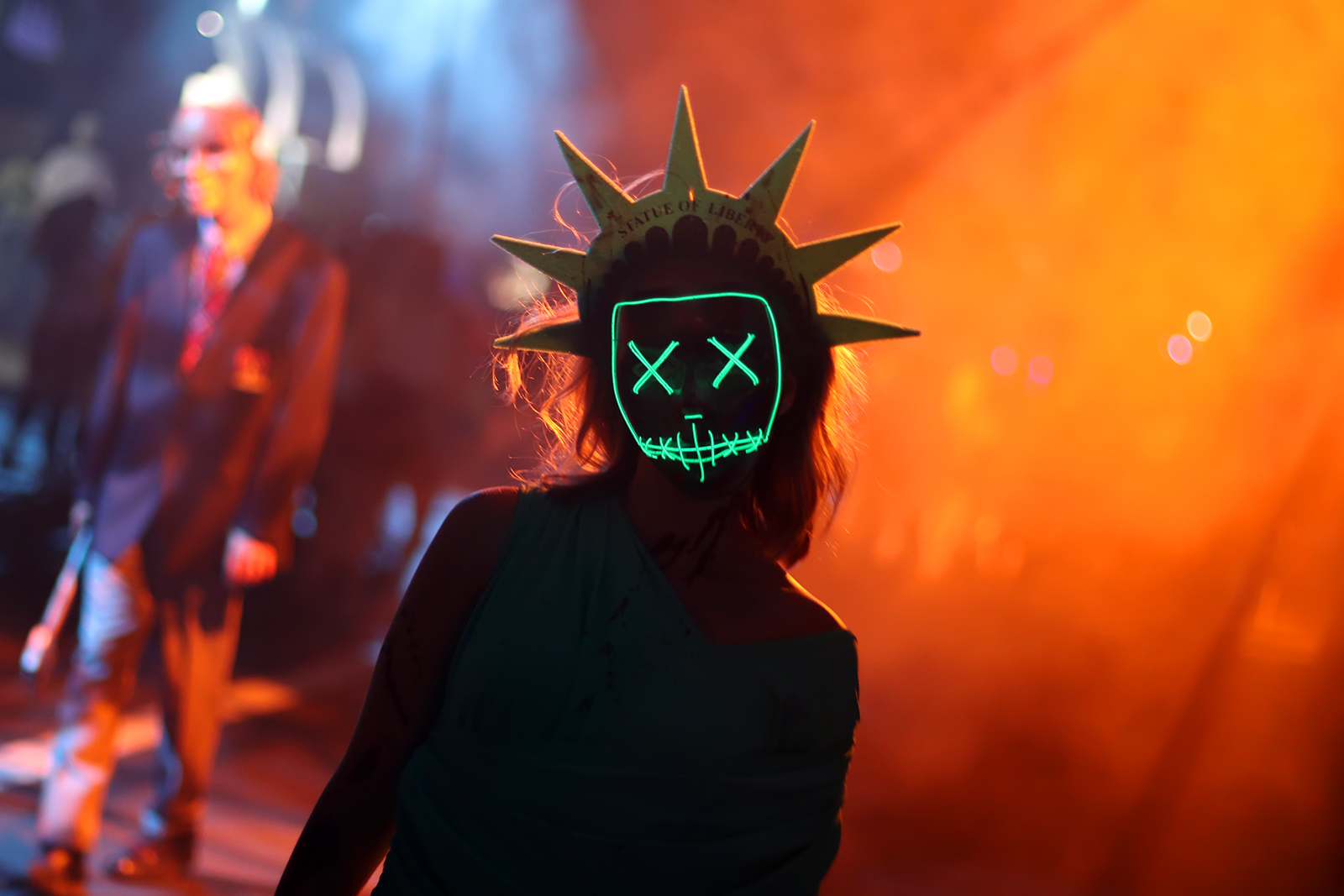 Universal Orlando’s Halloween Horror Nights 27 has had a interesting lead-up to Opening Weekend. After a rather unusual silent hype-machine during the Summer, fans were wondering what this year’s event had in store. A last minute visit from Hurricane Irma severely impacted scare zone prep and presented some minor issues to the outside haunt venues. Yet, the 27th year kicked-off this past Friday as intended, and with some curious expectations.

Right off the bat, one of the major changes this year was the shocking, last-minute decision to limit hard liquor sales and remove jello shots from the event – just days after announcing the specialty drinks featured this year. While we’ve been known to enjoy a drink or two, we applaud Universal for taking a step at trying to limit the “frat party” atmosphere some nights can bring at the event. Unfortunately, not everyone believes in the word “moderation” and that can become a liability to the safety of the guests and the actors in the streets. For those looking to enjoy a libation or two, you can still purchase beer, wine, and the pre-mixed featured drinks at the pop-up bars.

As far as food goes, pizza fries. That is all.

This year, the house line-up is rather strong. Each house is designed well, with many of the top ones being some of their best designed houses ever. In addition, our rankings of 1-4 have fluctuated between 4’s to 4.5’s because they’re that damn good, but there are just our first impressions. As always, ratings can change, and houses can move up and down after another run through the house. We’re sure as the event continues, and as the house casts find their footing – the list will change again. 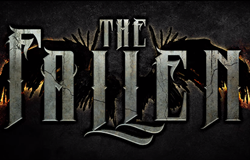 Take the scenery of Horror Nights 22 favorite, Gothic; add the intensity of 19’s Dracula, and you get The Fallen. We went through this house three times over the weekend and each one was full of intensity and had the best scares of the night. The costumes and mask designs are fantastic and fresh, the flying/stunt scares are used superbly, and the intensity is helped by a pounding soundtrack and stellar sound effects. 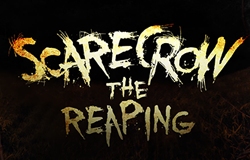 Another beautiful house, Scarecrow had some pretty great scares each run we had over the weekend. As far as design goes, probably one of the best uses of the tent structures. The maze offers tight quarters, but also large rooms to help give some depth to “Dust Bowl-era Nebraska”. The hurricane damaged the cornstalks at the entrance, but it actually ended up to help round out the look of a “decrepit farm”. One nitpick we did have is that the house was a tad dark, so you couldn’t really see the beauty of the scarecrow masks. 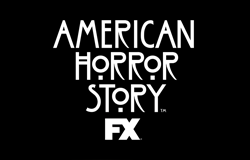 We didn’t anticipate Vol. 2 to surpass last year’s house, but it did – even though we all felt that the source material of the seasons was weaker in comparison. It featured a better facade, better transitioning between seasons, some great costuming and character choices, and some clever distractions. Coven, surprisingly, was the strongest season in the house, with Roanoke being the weakest. With that said, Roanoke did have a rather clever “Got ya” scare featuring a spider-like girl. 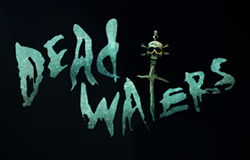 After the beautifully designed Ghost Town last year, it seems like Art & Design wanted to top it with Dead Waters. The scale in this house is massive, both horizontally and vertically. There are tight spaces to lure you into some close-quarter scares, then there are wonderful, giant set pieces that make you feel that you are in the bayou. The house isn’t as scary as the previous 3, but the big issue is that it’s really short. If this house was 3-4 scenes longer, this would definitely have a higher ranking. 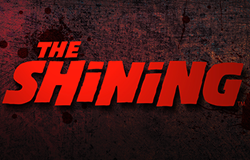 Fans of the movie will be glad to know the creative team nailed the feel and atmosphere of the film. While not very scary, the house features a good use of scale without sacrificing the tight spaces that makes haunted houses work. The Blood Elevator scene works very well, and Gold Room is a standout. There is something missing however with this house to really elevate into next level territory. Maybe as the cast grows into their role, the rating will change. 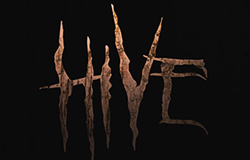 Another house that was set up for something else entirely during early planning, Hive was a very pleasant surprise. As far as the concept goes, it’s probably the event’s “scariest” this year, featuring some great costumes with glow-in-the-dark contact lenses, low light, and some very tight quarters. The house suffers from an OK first half, but really picks up the intensity as you make your way through the second half. 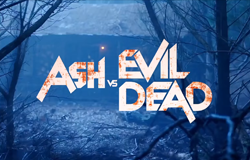 This year’s “humor” house, Ash vs. Evil Dead packs quite a few good scares. The house can be hit-or-miss though, especially if you haven’t followed the Starz series. Regardless, there’s still enough horror and humor for non-fans to enjoy. Having said that, if you’ve seen the show, there were some ideas that didn’t translate from screen to maze as well and fell a bit flat. On the flip side, there was scenes from the show that we wished made it into the house, including a bit more of “Henrietta”. 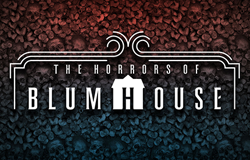 The Horrors of Blumhouse (∗∗∗)

The house that has the Inside Universal guys divided. Everyone had different runs from OK to great – hence the “average” rating. The few things we did agree on? The Purge scenes completely miss the mark, and the finale is top-notch – featuring some great scares and some high-end intensity. We’ll get a better feeling of the house as the event progresses. 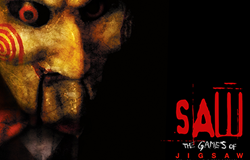 Saw: The Games of Jigsaw (∗∗)

The bottom of the pack, the house suffers from not feeling fresh, and being more of a “Best of” of the movies than making you feel a part of Jigsaw’s game. The house still features some neat effects, and the re-creation of the infamous bathroom from the first movie gets two big thumbs up, but overall – this house missed the mark for us.

Scare zones add ambiance to the event, setting the mood and atmosphere as you’re walking from house to house. Due to the impact of Hurricane Irma, many of the zones were affected and were not complete by Opening Weekend. With that, we are rating the zones based on what we experienced and the potential it seems to have – but overall is a rating of Incomplete. 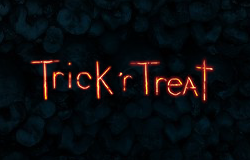 Central Park features pumpkins once again! The zone features a stunningly beautiful atmosphere and ambiance that captures the spirit of Halloween, and the film, perfectly. Even though it’s more of the same down Central Park, it’s different enough to feel fresh. 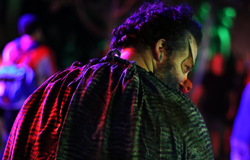 Regardless of how many times they go to the “chainsaw clown” well, it works – and that’s mostly due to the right cast. It seems like the cast is enjoying the part, which translates into some great interactions and opportunities for some good scaring. It’s a bit of a downgrade from a numbers standpoint however. At last year’s event, we had 4 different groups. This year, it’s just the clowns. We wish they added a second group along the Transformer/Starbucks Alley as it feels empty. 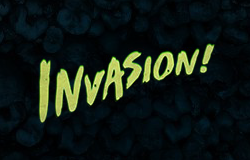 This zone is going to have to rely on the cast. We saw some fun interactions with the aliens and guests, but the zone isn’t very scary. The huge crashed spaceship in the middle is a killer visual, but it feels like the zone needs something more. Hopefully, Irma prevented more set pieces from being included. 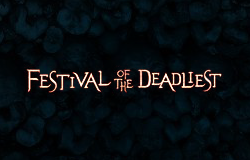 Festival of the Deadliest (∗∗∗)

Another case where Irma’s impact was definitely felt, this zone suffered the most. Too dark, and the props felt like afterthoughts. Things were added between Opening Night to Sunday, so it’s obvious this zone has more to offer. As far as the zone itself, it features some great costume and creature designs. Bone, the quasi-unofficial-kinda-sorta-but-not-really icon, has a great presence. The zone also features some rather alluring performances from the women. 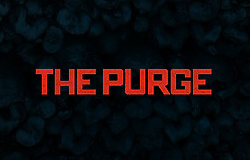 Irma’s wrath was felt here, as many of the props that were set up before the hurricane hit have yet to return. The Purge scarezone is helped by some of the new creative masks and costumes that were featured in the 3rd film, Election Year – but this zone suffers from a bit of staleness. The actors do their part, and do it well which helps the zone tremendously; but from a creative standpoint, we hope this is the final year of the Purge being featured at Horror Nights. 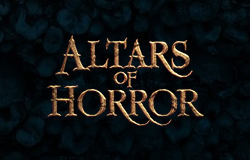 Photo-op zones are a necessary evil in the event, sadly. The low rating is no fault to the actors, as they do a great job giving the guests a chance to either grab a selfie or get scared. The problem lies with the creative choices as this zone is completely uninspired. It’s just a giant, bland, living billboard, featuring columns bearing the names of this year’s marquee properties. We’re good with a photo-op zone, just not this one. Hopefully, the end result from this weekend was due to the impact of Irma, otherwise… this may be an all-time bottom tier zone. 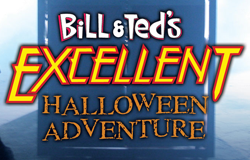 A fitting end to the most excellent duo! Universal gives the popular show a proper send off in a very fitting way. While not every joke landed, the show still features some standout moments. The show is bolstered by the chemistry of the two leads, which features the return of the actor who played Ted for many years. Other high points is the return of fan-favorite characters of shows before, and a tear-jerking video montage played at the beginning and end. The final show is going to be a rough, teary-eyed watch… 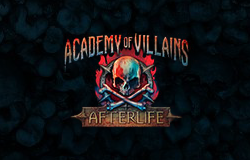 Academy of Villains: Afterlife (I)

The surprise hit of last year wasn’t able to show off their planned show due to the impact of Irma – so this gets an Incomplete. However, the troupe’s talent was on full display on a temporary stage as they created a temporary show while the main stage gets fixed. Kudos to the group for turning a negative into a positive and giving the audience what they want. On that alone, 5 stars!

While the marketing for this year was odd, Universal’s Art & Design team still delivers a strong event that’s supported by a stellar house line-up. Our Opening Weekend was a fantastic one, even with the effects of Irma still lingering. Once Universal gets everything to as it should be, we may be looking a quite the 27th year. If you’ve already visited, make sure to share your Review on our forums.

Brian Glenn - September 25, 2020 0
Universal Orlando has confirmed that the Jurassic World VelociCoaster will officially open Summer 2021. The confirmation was made on the official page of the Jurassic...

Brian Glenn - September 22, 2020 0
Drew & Brian review Universal Orlando's Halloween Special Event Testing weekend; including the 2 haunted houses - The Bride of Frankenstein Lives! and Revenge...
© 2019 - All Rights Reserved - Inside Universalis not affiliated with Comcast, NBCUniversal, Universal Parks & Resorts, The Walt Disney Company, The Blackstone Group or SeaWorld Parks & Entertainment. You may not copy, redistribute, publish, sell, or otherwise make the original contents of this website available to third parties unless you have received prior authorization from Inside Universal.
This website uses cookies to improve your experience. We'll assume you're ok with this, but you can opt-out if you wish.Accept Read More
Privacy & Cookies Policy