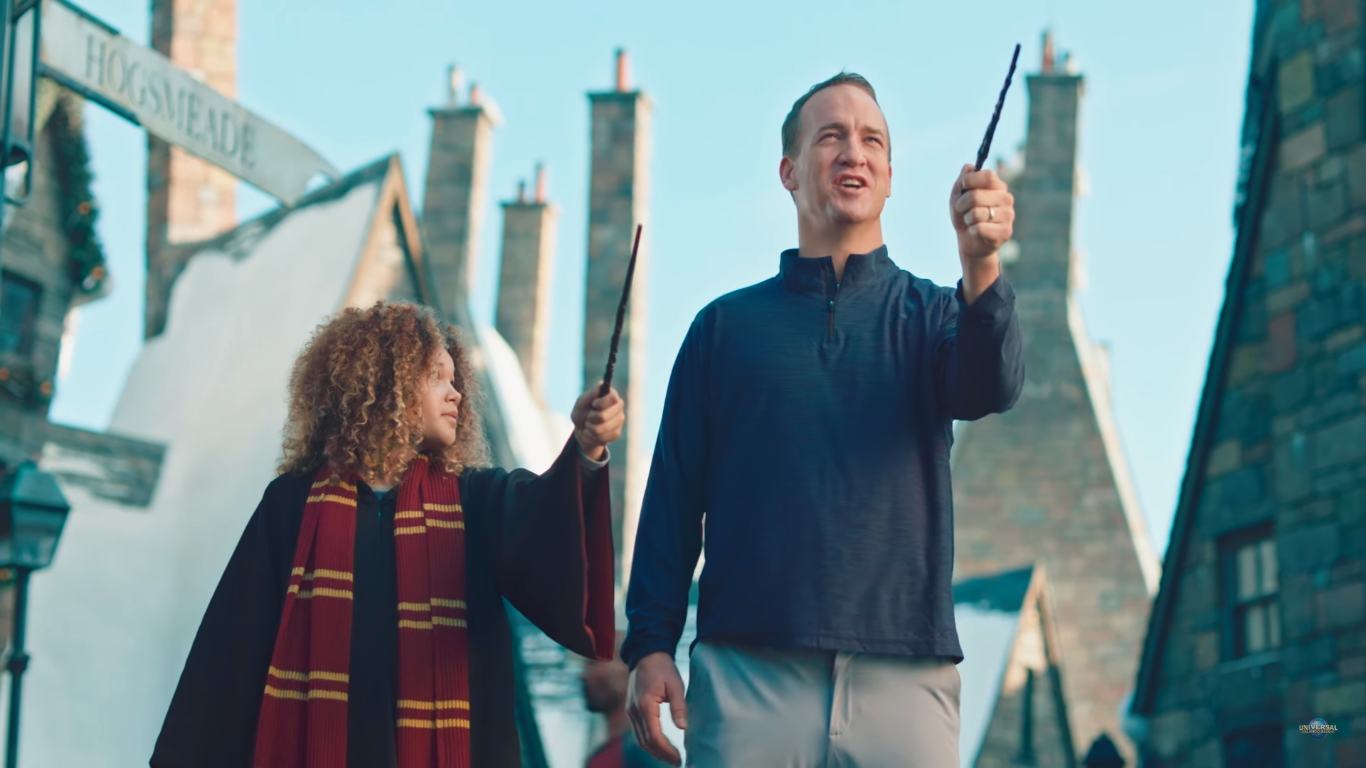 In the commercial, Manning becomes “vacation quarterback” to America – coaching families to take their vacation to the next level at Universal Orlando Resort and Universal Studios Hollywood.