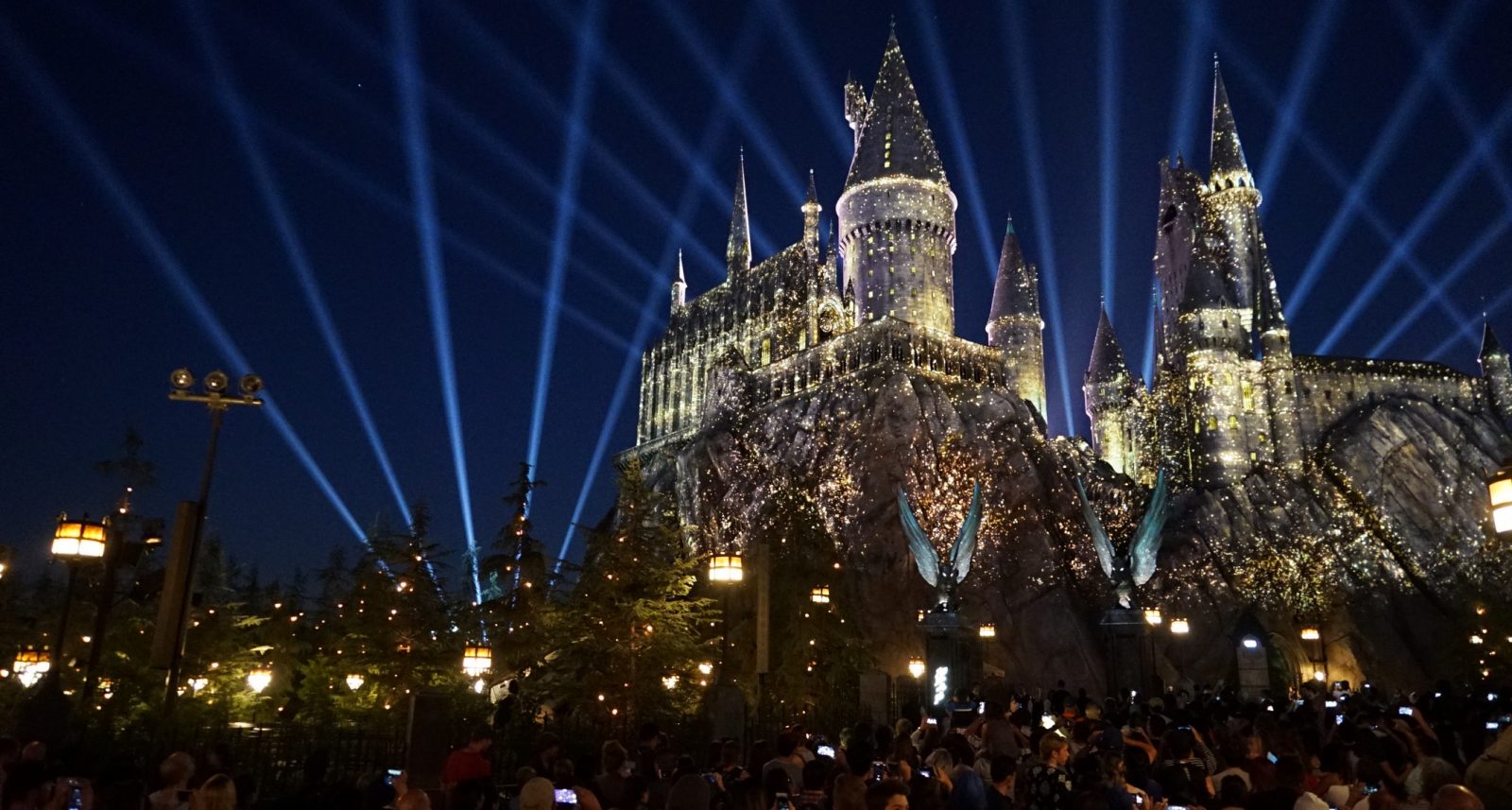 Universal Studios Hollywood has announced “The Nighttime Lights at Hogwarts Castle” will be returning in March for a limited engagement.

The scheduled dates are as follows:

The show celebrates the four houses of Hogwarts: Gryffindor, Ravenclaw, Hufflepuff and Slytherin, and features projections and beams of lights.

Here’s our review the show from its debut last year.