It’s the most wonderful time of the year! Universal Orlando has started setting up the streets to transform into their respective scare zones for this year’s Halloween Horror Nights.

As of now, only Central Park is being staged for the Twisted Tradition scare zone. In the coming weeks – props, lighting, rigs, and more, will be added to other areas of Universal Studios Florida for the popular Halloween event. 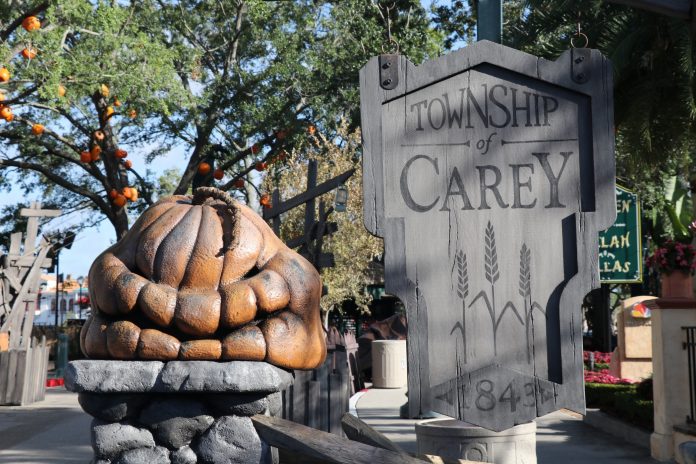 In Twisted Tradition,  the zone will be centered around rotting pumpkins with “Fetid beings” inhabiting the area. The popular Central Park pumpkins have returned, adorning the trees along the Park’s pathways. 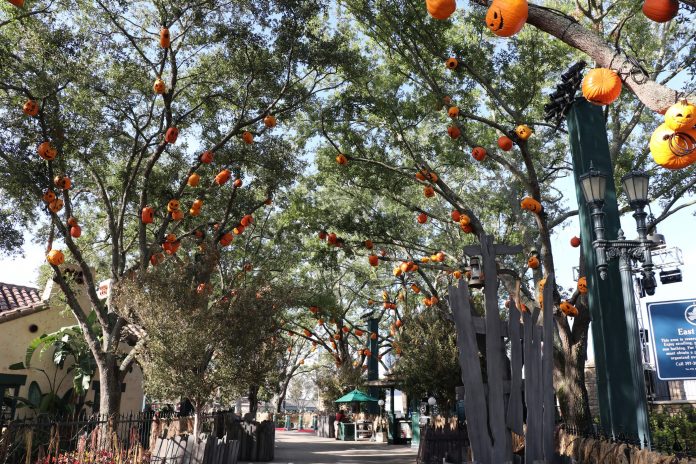 In addition, Fear Factor has closed on August 11 for the season to start the set-up for the Academy of Villains: Cyberpunk show. 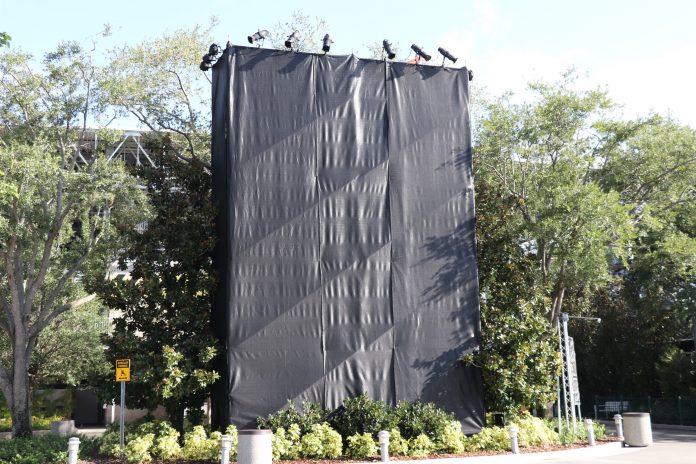 Below are more photos of the Twisted Tradition scare zone set-up.