Universal Parks has announced Sing on Tour will be headed to Universal Studios Japan. The new musical attraction is set to open Spring 2019. 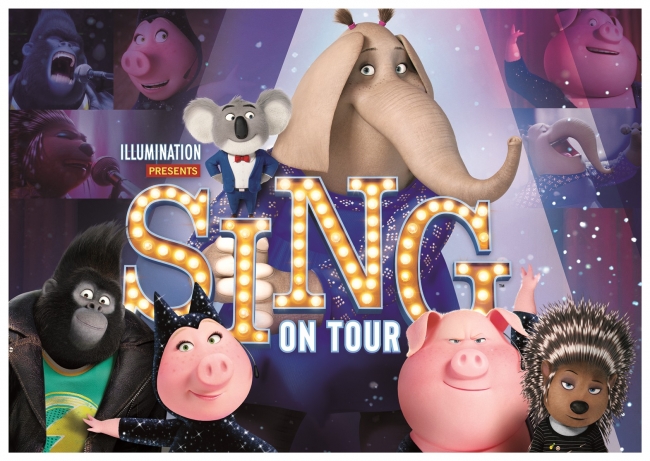 Inspired by the hit Illumination film, the story of the attraction finds theater manager, Buster Moon, bringing all the talent selected from his auditions to host a Japan Premier.

The attraction will be held in the new “Illumination Theater”, and will be jointly developed with Universal Studios Japan and Illumination Entertainment.

Directed and written by Garth Jennings, and co-directed by Christophe Lourdelet, the 2016 film features the voices of Matthew McConaughey, Reese Witherspoon, Seth MacFarlane, Scarlett Johansson, John C. Reilly, Taron Egerton, and Tori Kelly. The film is about a group of anthropomorphic animals that enter a singing competition, hosted by a koala who is trying to save his theater. A sequel is scheduled to be released on December 25, 2020.