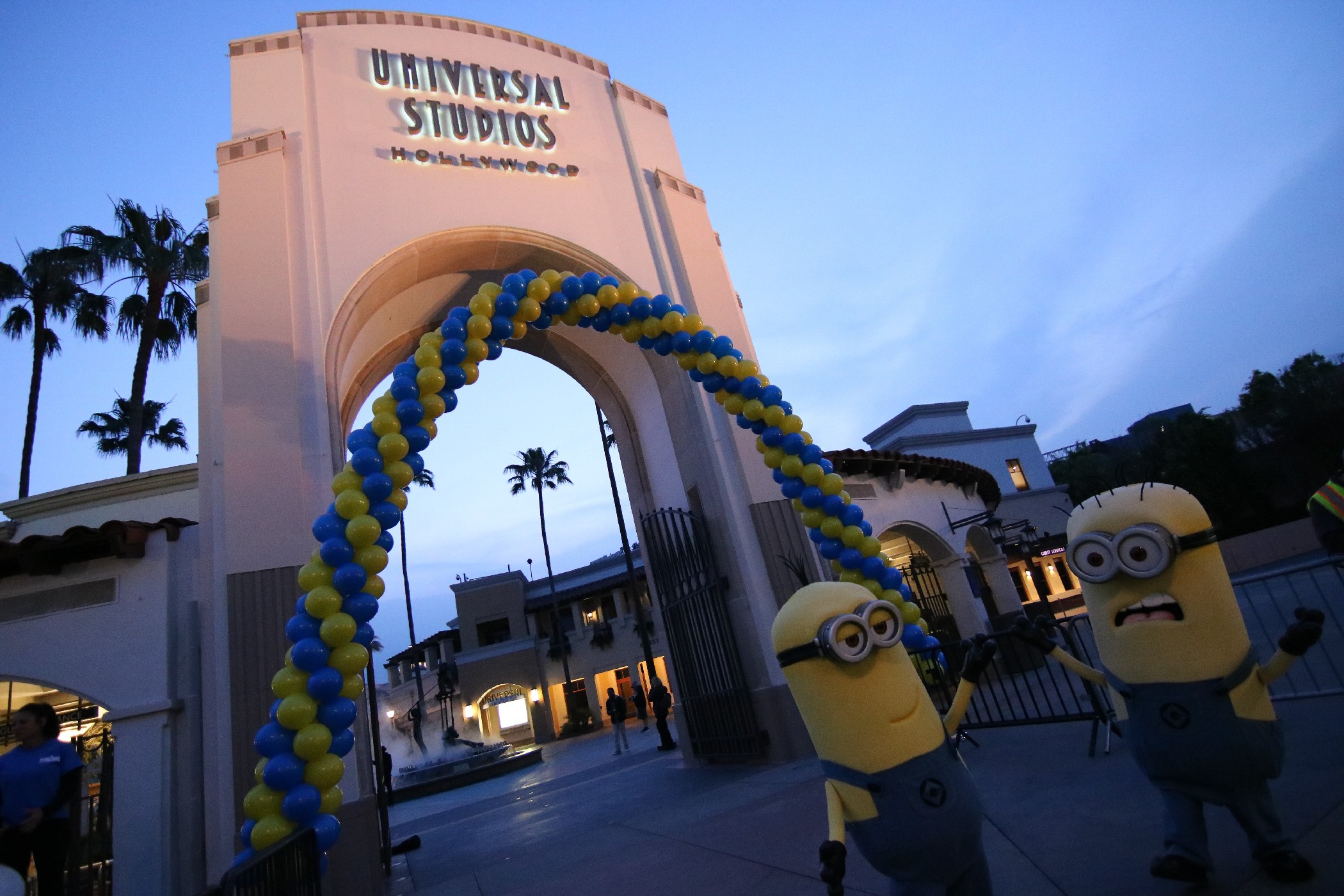 On May 11 and 12, Universal Studios Hollywood launched their inaugural 5K run under their Running Universal series, beginning with the Minion run – themed after the Minions from Illumination’s Despicable Me.

The route for the run filled with twists, turns, ups, and downs took participants inside of the theme park and led them along a path onto the iconic Universal backlot, with the finish line just inside of Universal CityWalk at the 5 Towers stage. Though runners were welcome to aim for their best finish time, all were encouraged to take advantage of the many photo opportunities located all throughout the course, featuring Gru, Stu, the girls, and of course, the Minions, located at various locations including Super Silly Fun Land, the Studio Tour’s Jaws attraction, the War of the Worlds set, the entrance to Fast and the Furious: Supercharged, as well as multiple others.

Though the run did not officially begin until 6AM, participants began arriving as early as 4AM – approximately an hour before corrals opened for those ready to line up along the yellow carpet reminiscent of the Minions. On both mornings of the event, two hosts for the run – with the help of the Minions – brought an extra spark of energy among the crowds, reminding all that they were making Universal history by participating in the very first Running Universal event.

When the start time at last approached, confetti cannons and a wave of cheers commenced the beginning of the race. Serious runners enthusiastically took off while those who preferred to take in the scenery walked at their own pace to the side. Though the race was undoubtedly centered around the Minions, it was difficult as fans to not stop for too long next to the lake at Cabot Cove and watch the first half of the Jaws segment of the tour operate on repeat, or gaze at the rare backstage views of the park.

As the run came to an end, participants crossed the finish line and were awarded Minion-themed finisher medals sporting the Running Universal logo in all its glory. Refreshments, snack packages and of course, bananas, were offered to runners as well as they cooled off and relaxed in celebration. A few additional photo-ops just outside of the Universal Cinema also remained busy as participants enthusiastically showed off their medals.

All appeared to have a fun time among the Minion mayhem and the overall well-organized event, including us here at Inside Universal. We look forward to more Running Universal events in the future, with the next being a Jurassic World 5K and kids’ 1K Raptor Run on Saturday, November 16, 2019.