Universal Studios Japan has announced details for their popular Halloween Horror Nights and Universal Surprise Halloween, running for a limited time from Friday, September 6 to November 4.

During the day, guests can meet Minions and other popular characters while they enjoy the costumed revelry of “Festa de Parade” and satisfy their sweet tooth as candy rains down from the sky at “Happy Trick or Treat.” In the evening, guests can experience the new “Wonderland Seasons Joy-Halloween”, featuring characters in “Sparkly” Halloween costumes.

At Halloween Horror Nights, the streets will be filled with the undead as “the zombie festival of hell” overtakes the park. Ever wanted to see Zombie Acrobats? A “Zombie de Dance” dance festival will be featured; led by Dr. Chaos, who is “looking to use humans as bait to lure in the zombies”. 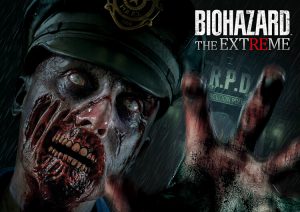 For the mazes, Resident Evil comes back with the all-new “Resident Evil TM · ​​The Extreme”. The horror maze was originally featured from 2013-15 and was extremely popular. This year, the park says the maze will take the fear to a “super-extreme level”. Guests will find themselves in Raccoon City, full of infected people. The interactive maze will feature two routes, based on characters from the Resident Evil 2 game – “Leon” and “Clare”. Each route will feature different threats and will allow guests to experience tactical experiences and targets to shoot.

Other mazes that will be featured this year include Area 51, where guests will encounter horrible “unidentified encounters”, and Cult of Chucky – Chucky’s Madness Ward, featuring the returning, infamous murderous doll, Chucky.
Several attractions will be getting Halloween overlays, as Space Fantasy will pull guests into different dimensions in “Space Fantasy: Black Hole”. Terminator 2: 3D will also feature a temporary replacement with Ryoko-Cursed attraction. 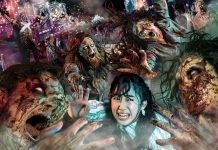 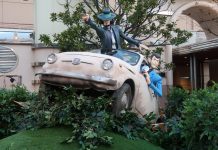 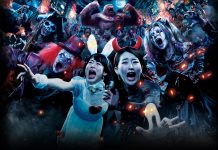