This year’s Halloween Horror Nights brings guests a blast from the past on ‘80s Throwback Thursdays! Operating each Thursday during the event, ‘80s Throwback Thursdays feature a number of special offerings centered around the theme of the 1980s, including – but not limited to – a live band playing iconic hits from the decade, a DJ dance party, and even multiple appearances from Beetlejuice himself. 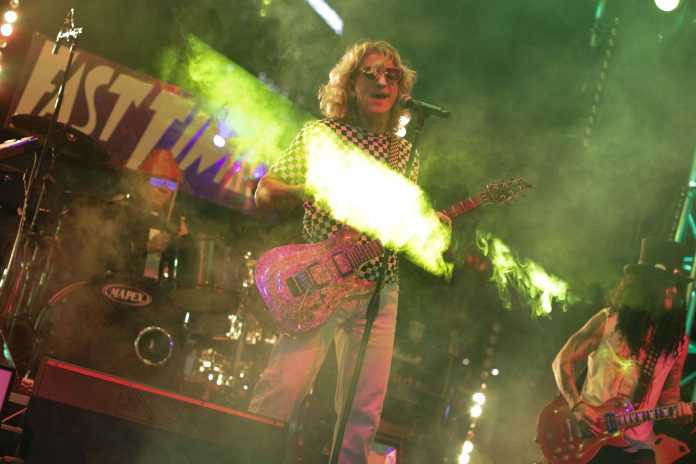 As mentioned in our review of this year’s Halloween Horror Nights, many of this year’s mazes – including Ghostbusters, Stranger Things, and Killer Klowns from Outer Space – are based on properties either released in or centered around the 1980s, unsurprisingly rendering ‘80s Throwback Thursdays a well-fitting addition to this year’s event.

Though all regular Halloween Horror Nights attractions operate as usual, the atmosphere of the event significantly changes on Thursdays. All are encouraged to come dressed in their best 1980s attire, while music from the decade blasts across the Universal metro sets, escalators to and from the Lower Lot, and around the stage on the Lower Lot where the live band plays. Despite seemingly being a minor change at the event, the addition of ‘80s tunes alone effectively sparks excitement among enthusiastic guests; many of whom danced and sang along all throughout the night.

As one of Throwback Thursdays’ main additions to the event, a live ‘80s tribute band, Fast Times, covers an abundance of famous ‘80s songs for all to enjoy. However, what truly adds to the experience is the one and only Beetlejuice, who – at designated times throughout the night – dances and interacts with guests around the stage. 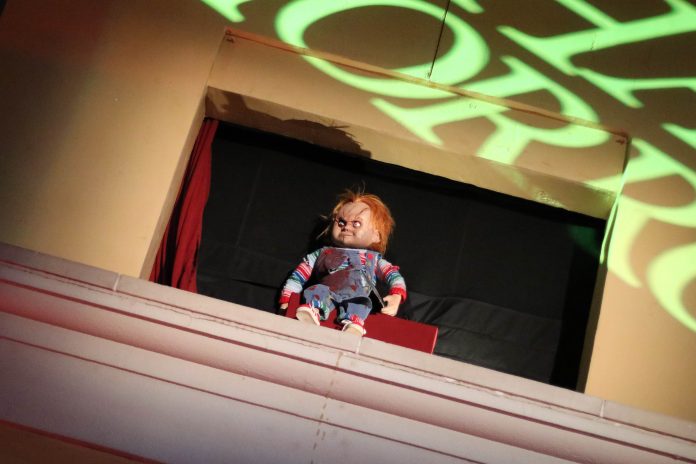 Another character addition can be found at the entrance to the park on the Upper Lot: the infamously murderous doll, Chucky. Sitting up high above guests, a puppet of Chucky tosses insults at audience members innocently walking by in a similar – though more subdued – manner to Chucky’s Insult Emporium long gone from Hollywood’s event. 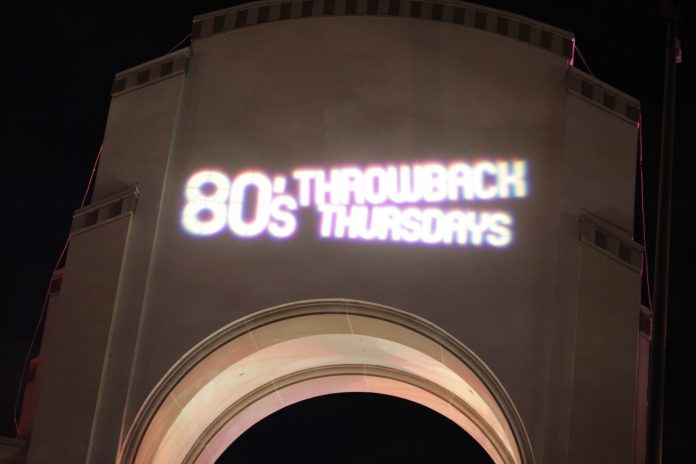 We thoroughly enjoyed our visit to Halloween Horror Nights on an ‘80s Throwback Thursday and cannot recommend it enough to those who can make it. While its changes from the general event may seem small, ’80s Throwback Thursdays create an indescribably exuberant atmosphere sure to bring about smiles on all.