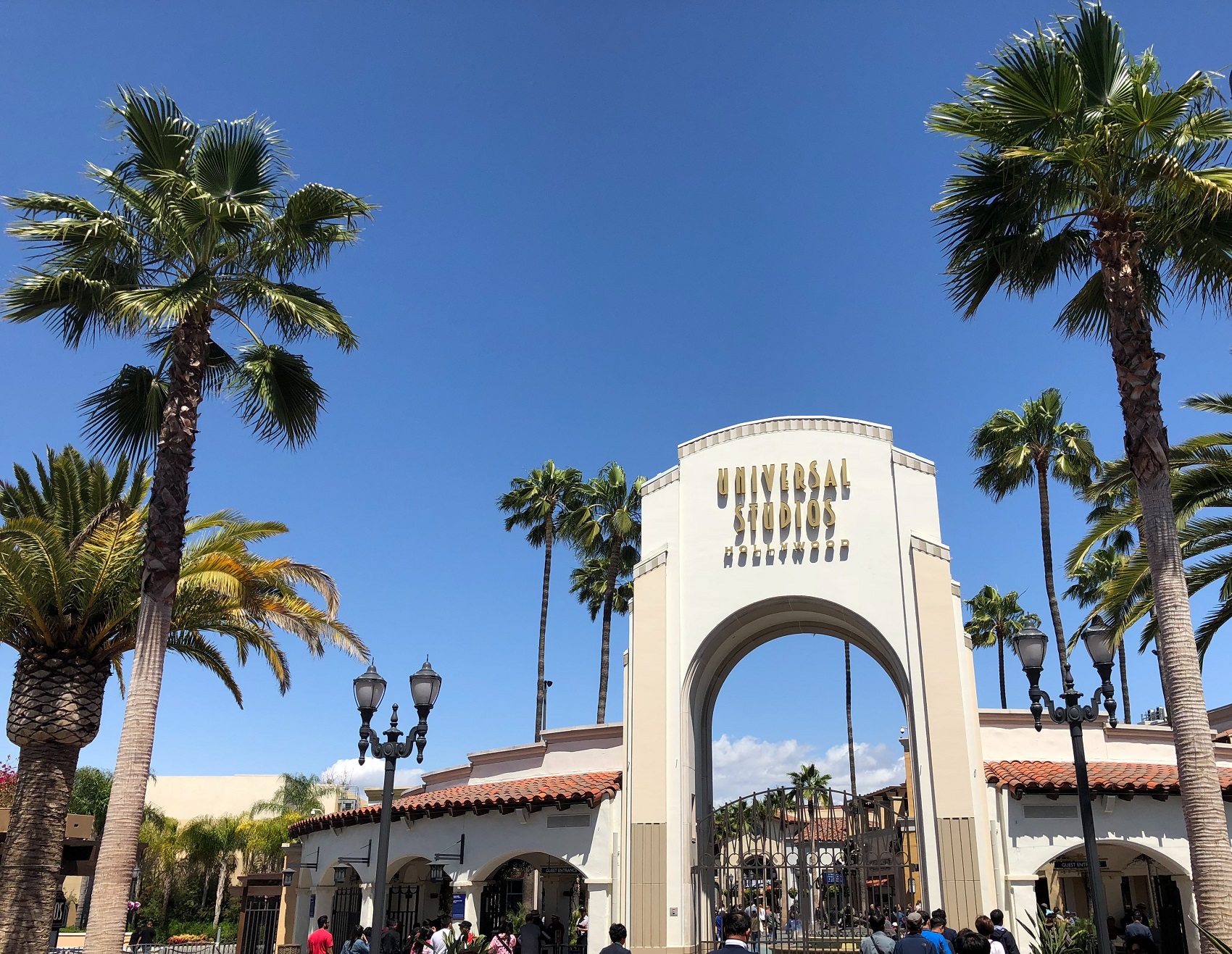 Universal Studios Hollywood has seen tremendous growth in attendance over the past 10 years; most notably with the popularity of new attractions such as King Kong 360-3D in 2010 and The Wizarding World of Harry Potter in 2016. Universal Studios Hollywood’s growth has always been triggered as a result of increasing tourism within the greater Los Angeles region that resulted in a very tight fit within an area not commonly seen as ideal for theme park development.

With the acquisition of the Universal Corporation by parent company Comcast, Universal Parks & Resorts is working harder than ever to create the most immersive and compelling entertainment attractions to inspire the modern guest visitor. After the tremendous record-breaking opening of the Wizarding World of Harry Potter in Orlando, Florida at Universal’s Islands of Adventure park, Comcast has shown consistent steps in favor of growth for its theme park division. It’s time for Universal to now address expanding around Universal Studios Hollywood and add an additional theme park.

Universal has many challenges in California to find the proper balance for sustainable growth while restructuring the current property to become beneficial for both the studio and theme park.

While supporting primarily a major motion picture studio for over 100 years, the property has seen its fair share of challenges with ongoing population increases since the 1970s and skyrocketing land value in this ever-popular location for residency.

The theme park element began to rise in the 1960s as the Universal Studios Tour became something larger than anyone ever envisioned for the company. Universal has encouraged theme park attendance by expanding their Orlando property from a single theme park experience to a full resort-style complex which could rival the likes of the Walt Disney Corporation.  In Hollywood, there are decade long moments of transition from a major production environment to an entertainment destination while production facilities are streamlined and the tourism surge pushes forward.

While square footage is at a premium, many sound stages throughout the property have been modernized and relocated to help support the studio with state-of-the-art recording facilities and offer much-needed space for the theme park to grow. Tom Williams, President of Universal Parks & Resorts was quoted during the Bank of America Merrill Lynch 2019 Media, Communications & Entertainment Conference saying, “There is land that hasn’t been developed.  It’s all subject to development rights… It’s all defined by a plan that’s called the Evolution Plan approved by the County and the city.”

A creative theme park expansion solution nearly 3 decades ago was a parking structure on the side of the Visitor’s Entertainment Center hilltop (known today as the Upper Lot) where the theme park could utilize the top level of the structure for additional attractions. Not long after with the opening of Universal Citywalk in 1993, Universal Studios Hollywood complemented their daily experience with nightly venues and dining options outside of the main gate area.

Balanced growth between all-new attractions and the ability to support more public than ever before created record-breaking attendance in 1996 and allowed for increased spending from the average guest. With the removal of the Universal Amphitheater in 2013, Universal currently has just one major venue as their main source of consistent traffic for Citywalk vendors. Future attraction projects inside the park (Secret Life of Pets: Off the Leash, Super Nintendo World) continue to show Universal Parks and Resorts’ desire to increase the value for guests to return frequently.

With the current single day experience at Universal Studios Hollywood, it’s imperative that guests continue to progress through the park offerings swiftly and smoothly.  The Operations Department’s goal is to maintain the flow of the theme park on a daily basis so guests can enjoy the best experience for the price of admission. The Studio Tour attraction which has operated for over 55 years consecutively, and was the attraction which catapulted Universal into the theme park industry, has a very inconsistent loading process and adjustments must be made daily for noise mitigation and special filming production requirements.

For a consistent operating experience, the Studio Tour is not only costly but has major challenges to fulfill the operational goal. With the pressuring need for theme park fluidity to support an increase in attendance, could the Studio Tour become something that gets removed, or scaled back to create additional space for new attractions? While other theme parks have tried to copy the Studio Tour experience and moved on, the recent development of an all-electric Super Tram powered vehicle could show that the Studio Tour might get significant changes in the near future and still be Universal Studios Hollywood’s pot of gold.  Public surveys have been circling regarding the World Famous Studio Tour becoming an upcharge attraction for Universal Studios Hollywood. With the potential growth of the property, Universal could maintain the Studio Tour element, just in a different form than which it is today.

Seasonal events are designed to attract an increase of attendance in what would normally be a slower tourist season.  Universal Studios Hollywood attempted to revive the Halloween activities in 1997 with a 4-year run spanning a maximum of 12 days in the month of October.  In recent years, Halloween Horror Nights (HHN) operates nearly 8 weeks in total during the fall months. Because of the high demand, the event is now supported with more attractions, mazes, and entertainment than ever before.  This creates a logistics challenge for Universal where the park’s daily operation must co-exist with the construction and demolition of this event during some of its highest attendance seasons in the summer and winter. To alleviate some of the pressure, many of the HHN activities are housed outside of the theme park footprint and onto studio property which must be rented using the HHN budget.

Universal is made of many divisions and the backlot studio is designed as rental space, not only for outside companies, but also for Universal itself. Utilizing production space for up to 4 months or more can become very costly and eliminates those areas to rent for a long period of time. More revenue options are lost when the “daytime” theme park experience must be cut short by decreasing operating hours for the “after hours” event to operate within the same environment.

When Universal Studios Hollywood today hosts nearly 10 million guests per year, we can see where the limitations of one theme park handling all of this pressure simultaneously, including fire code safety, becomes overwhelming. Recent online ticket sales, similar to purchasing your ticket for airline travel, became a necessary requirement for the park to have guests reserve which day they plan to visit. This would allow for Universal to predict the upcoming high attendance days and help adjust operational needs with more accuracy.

Many critics have voiced how Universal Studios Hollywood seems to not get involved with the overnight hotel options in Southern California.  The design of the Hollywood theme park over the past 55 years was never meant for supporting a resort-level experience on the scale of the definitive Disneyland Resort.  Many resorts have on-site hotel options and perks available which become a key component for keeping families and groups local for consecutive days. When nearby Sea World San Diego is in development of a second park with a west coast version of Sesame Place, Six Flags Magic Mountain is in the development phase of their first on-site hotel, and competitive local hotels such as the Universal Hilton and the Universal Sheraton already planning expansion due to current demand, one has to wonder why Universal has not stepped into the game of becoming a multi-day destination?  With high demand in Hollywood hotel occupancy currently over 90%, and resort quality hotels increasing in the business, Universal could be in the position for a major profitable expansion.

To manage this, Universal Parks and Resorts must prove to its parent company that it can sustainably utilize square footage currently supporting the studio lot and increase revenue with an entertainment growth option. Metered metrics must be assessed for a company to invest billions of dollars and guarantee its investors they can turn a long-term profit. A 2019 job posting by Universal Parks & Resorts for a “Senior Director Estimating” could signify that Universal is preparing itself toward offering strategic expansion options to Comcast in the near future.

With Universal Parks & Resorts currently full steam on a major expansion in Florida opening in 2023 (and their ninth hotel), it makes sense for the same team to shift focus to Hollywood and expand the property to a resort-level on the heels of their largest development in the history of the company. Building another theme park with new hotel options in California would allow Universal Studios Hollywood the ability to support a wide range of guest experiences simultaneously and balance many of the convenience challenges with a comfortable, multiple-day experience sought after by the traveling community.

With demand, competition, overcrowding, a unique location, solving revenue losing logistic challenges, plus the surging focus of bringing the successful Universal Orlando Resort experience to the west coast, there is much to support the catalyst for another theme park in California for Universal.  Los Angeles continues to be one of the largest vacation destinations in the world. The popularity of this city is attractive and the city is constantly trying to keep up with demand. Universal’s story is not much different with the continuous need to offset foot traffic and manage growth in the LA Basin that was not originally conceived for the 21st century.  Universal has the opportunity to see an exciting future expansion as a potential resort-level experience in the heart of Hollywood and become a shining image of Southern California.  With Los Angeles hosting the Superbowl in 2022, the World Cup in 2026, and the Summer Olympics in 2028, you can bet that Comcast has their eyes set on the future and how they can monetize their property to gain a stronghold in the world-class destination business.