“The future. The polar ice caps have melted, and the continents are deep beneath the waves. The survivors live on these floating fortresses known as Atolls in this place called WaterWorld. Brave explorers voyage in search of the legend of Dryland, the last remaining on the planet. But the Deacon, maniacal leader of a group of evil raiders called Smokers, is determined to find Dryland first. He’s ensured that no explorer has ever returned, until now…” 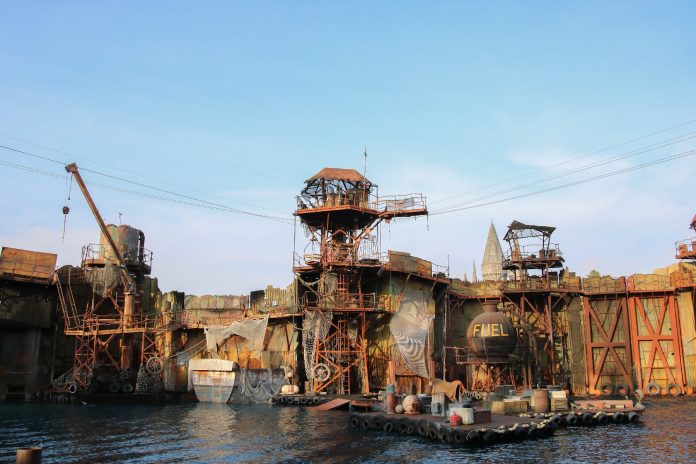 WaterWorld: A Live Sea War Spectacular celebrates its 25th anniversary of drawing audiences into an exciting, post-apocalyptic battle up to eight times a day, on October 21, 2020. Though the original production will remain closed on its anniversary, along with the entirety of the Universal Studios Hollywood theme park, it still plays on at Universal Studios Japan and Universal Studios Singapore, with the fourth iteration of the show currently in the works under Action Horizons – the independent stunt company that operates many of the theme parks’ action-based shows – as it undergoes construction at the upcoming Universal Studios Beijing, slated to open in May 2021. 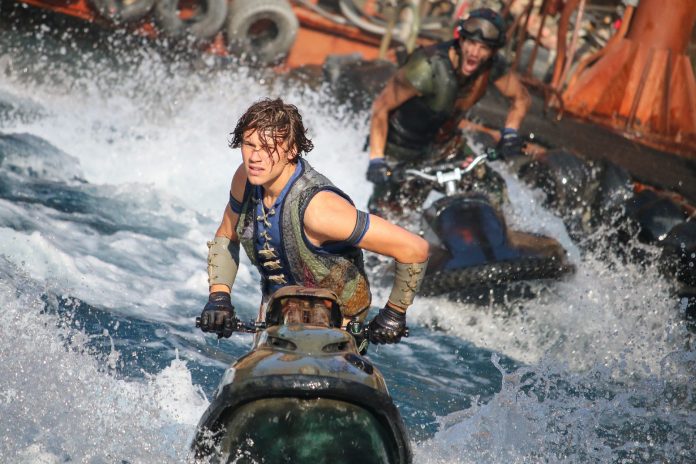 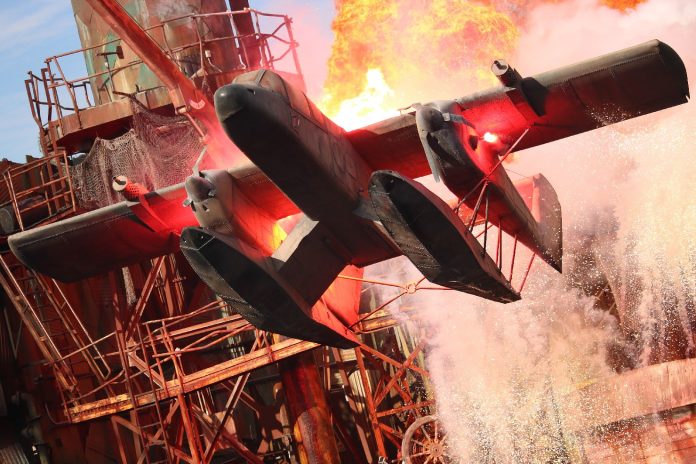 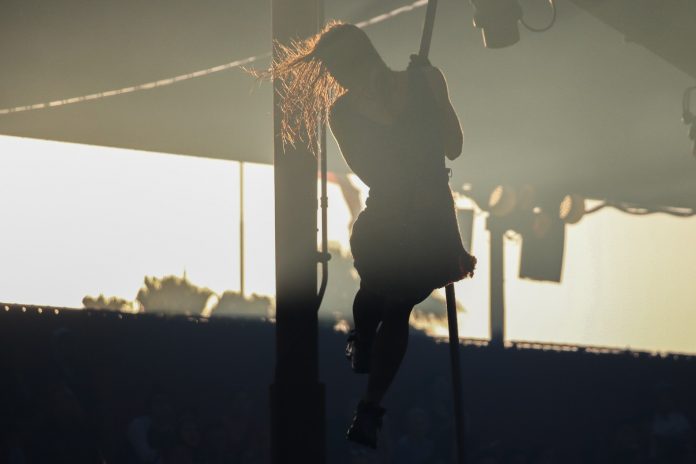 Based on the 1995 film of the same name, the success of the WaterWorld show remains a phenomenon in the themed entertainment industry to this day. Featuring rotating casts of nine performers – nearly all of which are heavily involved in the film and television industry with notable credits – WaterWorld has long served as a popular gig for professional stunt performers and actors alike looking for flexible work that cooperates with their ever-shifting schedules. Between the dynamic action-packed fight sequences, thrilling pyrotechnics, and an easy-to-follow plot that has guests instantly rooting for the heroes – Helen, the Mariner, and the residents of the Atoll – WaterWorld remains, in our opinion, one of the strongest experiences offered at Universal Studios Hollywood. 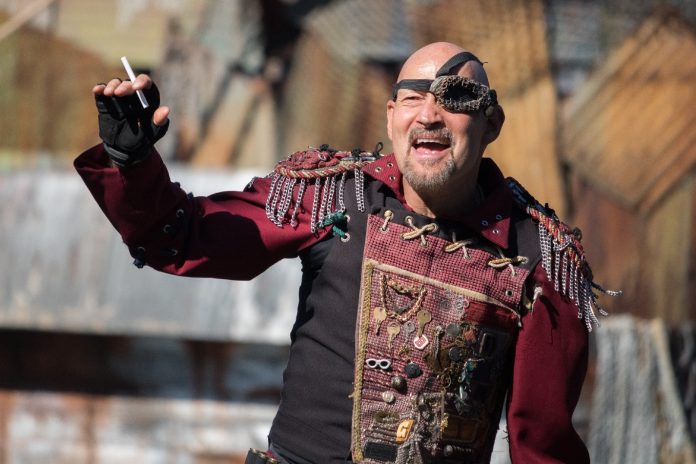 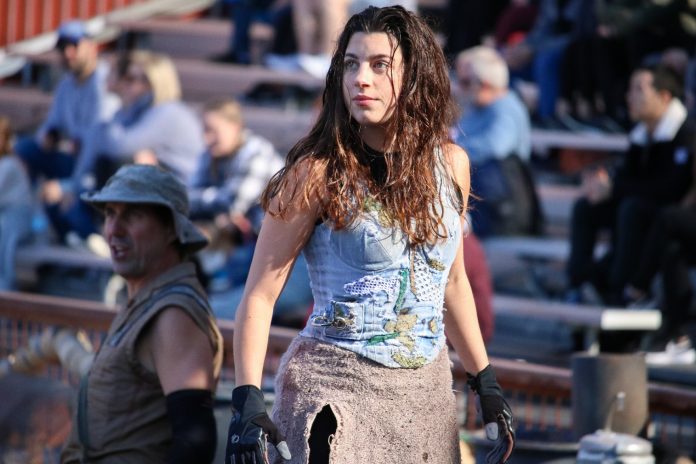 Though in recent years, Universal Studios Hollywood has been actively shifting away from its catchall studio personality focused on giving guests a behind-the-scenes look at how movies are made, WaterWorld has managed to adapt and survive by offering an exciting experience like no other, undoubtedly serving as the park’s strongest show and the attraction that Studio Tour guides themselves always insist that guests do not miss. Just three years ago, in 2017, WaterWorld was recognized by the Themed Entertainment Association (TEA) with a Thea Award for Outstanding Achievement. Regardless of your personal opinion on the show, no one can deny that it remains one of the most successful Universal theme park attractions of all time. 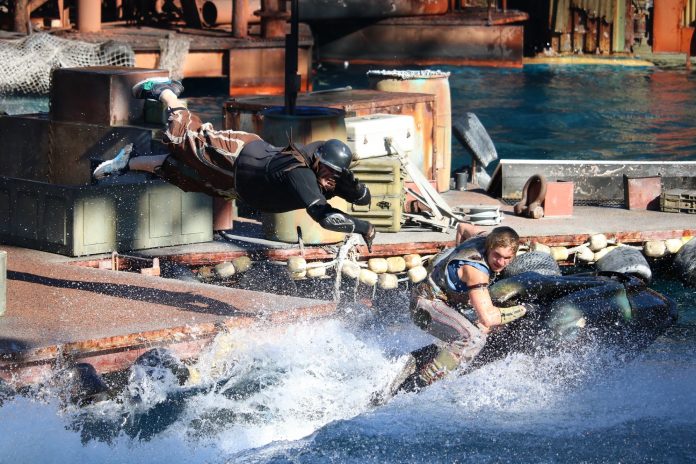 Outside of its short-lived transformation into the adult, parodical version of the show known as SlaughterWorld – only taking place during event nights at Halloween Horror Nights 1998, 2006, and 2007 – WaterWorld for years remained more or less the same as it had been on its opening day in 1995. However, we would be remiss if we did not mention that the show has since undergone several major changes, the most significant spurred on by the shifting of management into the hands of Action Horizons: the independent stunt company that had already been overseeing the Japan and Singapore productions.

After closing for a lengthy refurbishment as the show approached 19 years of operation, WaterWorld reopened in 2014 with a modified set, a slightly altered plot similar to its peers in Japan and Singapore, and a focus on bringing the action closer to the audience with the addition of new and revised stunts, including a “caveman” jump from the rightmost tower facing section 2, as well as an additional fight sequence between Helen and Lackey. Without going too in-depth into all of the adjustments (which can be found in greater detail here, for those interested) the changes undoubtedly added an element of modernization into the show for today’s action-craving audiences, in turn keeping it relevant as ever for generations of all ages. 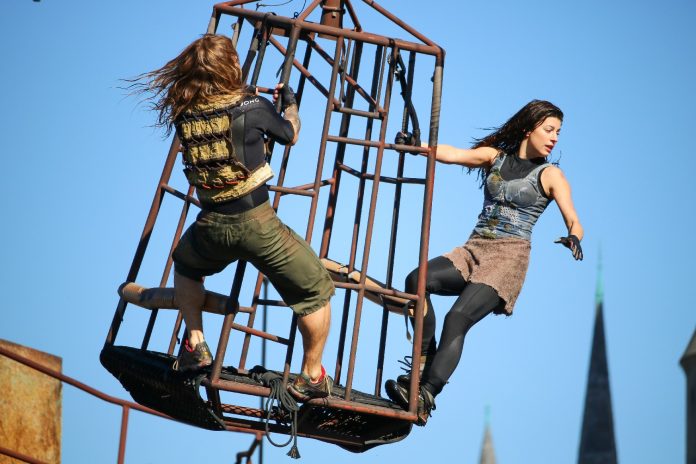 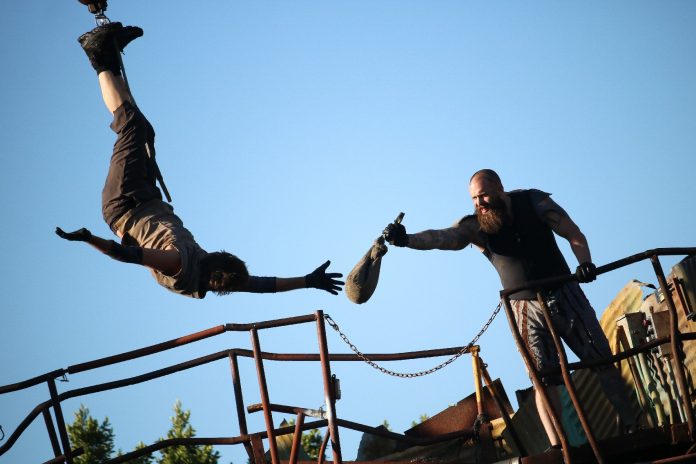 As the Hollywood production awaits its return to its twenty-fifth year of operation, a brand-new production awaits its opening at Universal Studios Beijing, serving as an ultimate show of the staying power of WaterWorld. Fans will surely be pleased to know that not only will this new production be receiving a slot in the attraction list at the park, but it will also get its own themed land that includes dining and other entertainment offerings. No other production of WaterWorld in the world has received such treatment, let alone after the 25th anniversary of the Hollywood production, reinforcing the show’s longevity as yet another truly outstanding phenomenon.

It is clear that the show has taken on an identity of its own separate from its source material, and even more so that it has not lost its relevance; if anything, its relevance has only increased as many guests tire of screen-based attractions and once again demand practical effects, likely thanks in part to the rise of virtual reality and other technology becoming widely available in consumer homes. As Universal Studios Hollywood navigates its progression forward as a theme park with a shifting, stronger identity, it now looks to its past for inspiration, and there are few better examples to glance at than the longstanding success of WaterWorld. 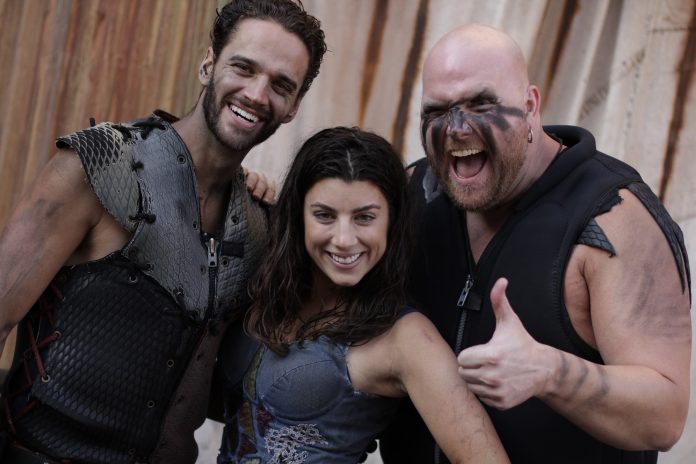 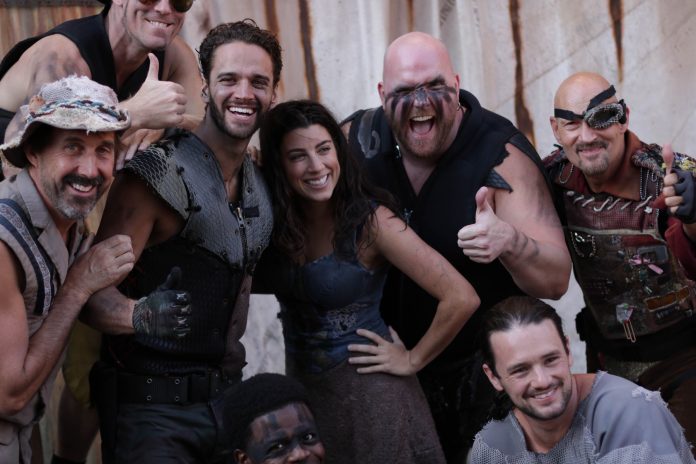 From all of us at Inside Universal, and particularly myself personally, we wholeheartedly thank the past and present cast, crew, management, and everyone else who makes WaterWorld the extraordinary attraction it is to this day. I know that I am not alone in sharing that this show has given me memories to last a lifetime, as well as introduced me to some of the kindest souls in the industry among the performers and beyond. WaterWorld will always hold a special place in my heart, and its impact has certainly reached a multitude of guests far beyond myself, not to mention inspiring many to pursue a career in the stunt industry. Thank you to Action Horizons for all you do and all you have done, and we look forward to returning to the Atoll in the future. 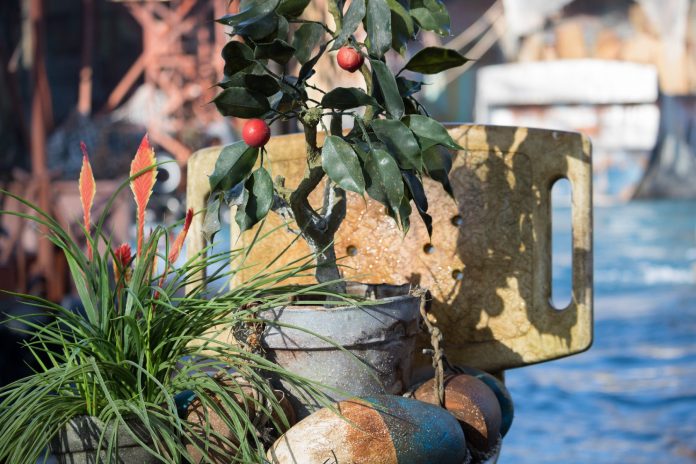 Below we have linked two videos taken of the original and revised show at Universal Studios Hollywood in 1999 and 2014, respectively, for fans who may be interested: