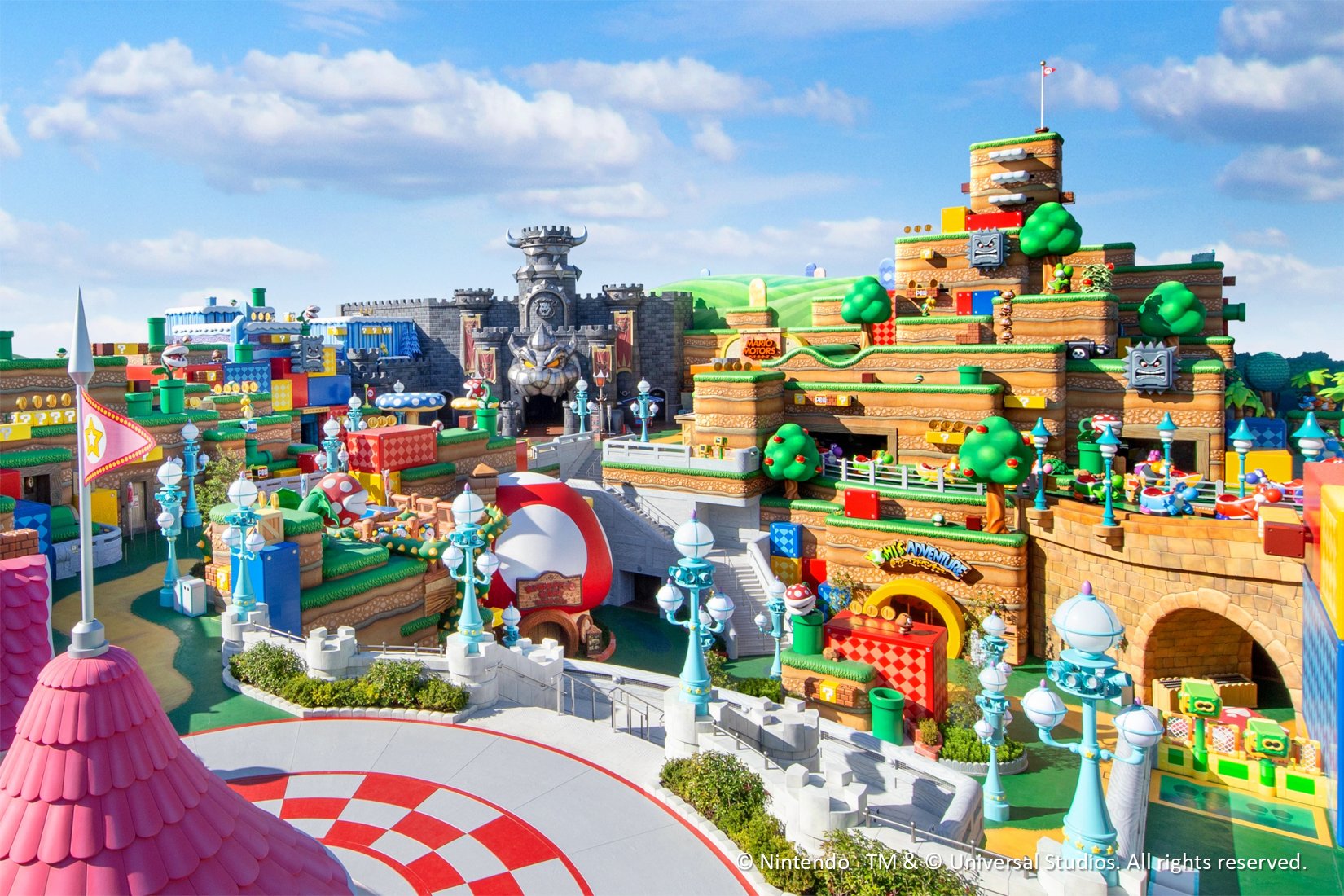 Universal Studios Japan has announced that it will hold its grand opening of Super Nintendo World on Thursday, February 4th, 2021. 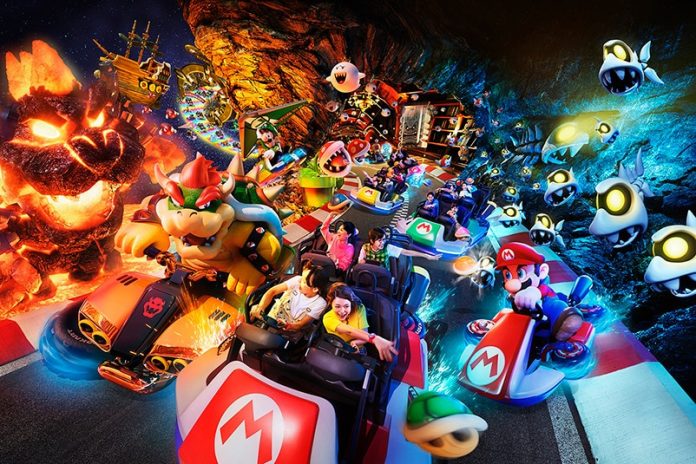 “Race your way to victory! Iconic Mario Kart courses have been brought to life with cutting-edge technology. Challenge enemies with shells! Aim for the finish line with Mario and Peach! The world’s first interactive Mario Kart theme park ride will leave you with a rush of adrenaline!”

Guests will race through the iconic courses of Mario Kart with their favorite Nintendo characters and be transported into the Nintendo worlds where they’re not just playing the game, they’re actually being immersed in the game. With the help of augmented reality, guests will steer into the Mushroom Kingdom and throw shells as they race to the finish line. Universal promises each ride will be a unique experience. 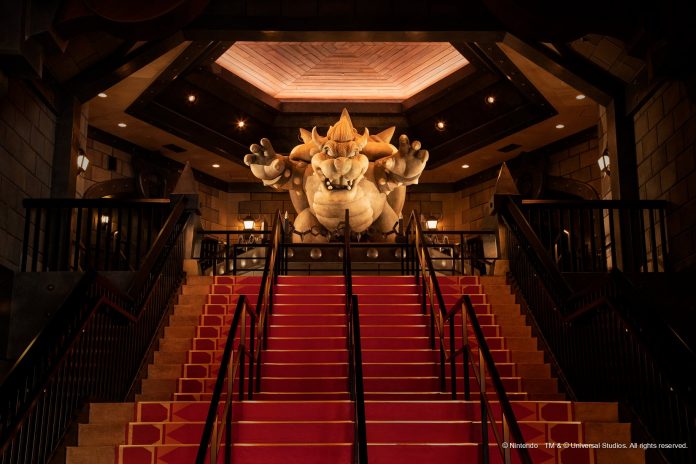 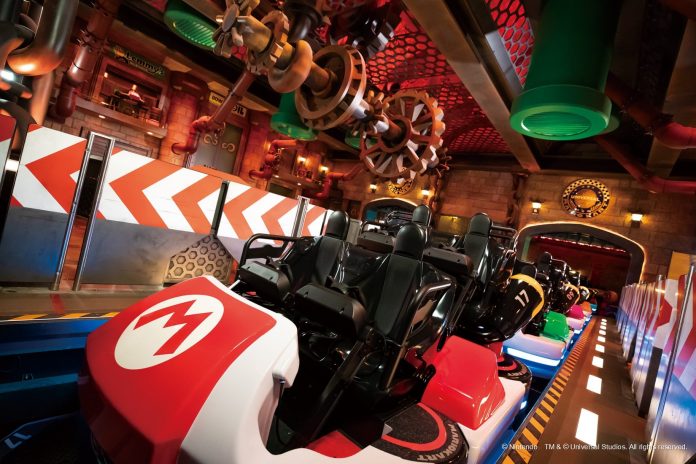 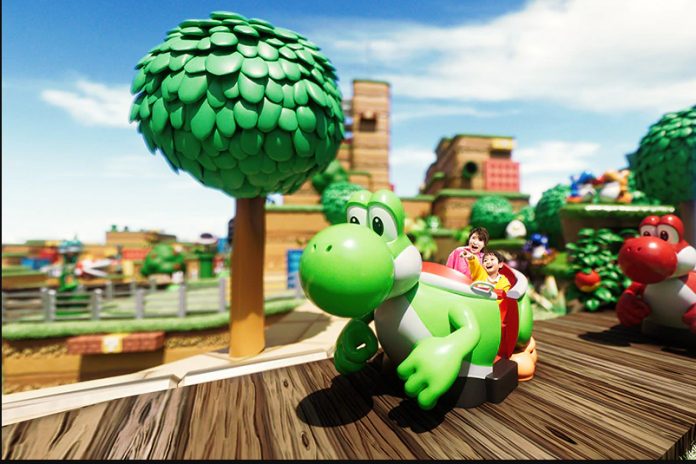 Yoshi’s Adventure is a slower-paced attraction, where guests will “climb” atop Yoshi’s back and follow Captain Toad on a treasure hunting adventure. Guests need to find the 3 colored eggs that lead the way to the Golden Egg that Captain Toad was seeking. The attraction will offer a spectacular view of the Mushroom Kingdom from Mount Beanpole.

Super Nintendo World will also be highly interactive, letting guests immerse themselves in the world by wearing a Power-Up Band, an innovative technology to help bring gameplay to life and allow guests to keep score. Guests with a Power-Up Band can also punch Blocks, collect virtual coins, and more to bring the experience of playing Super Mario games to the real world. 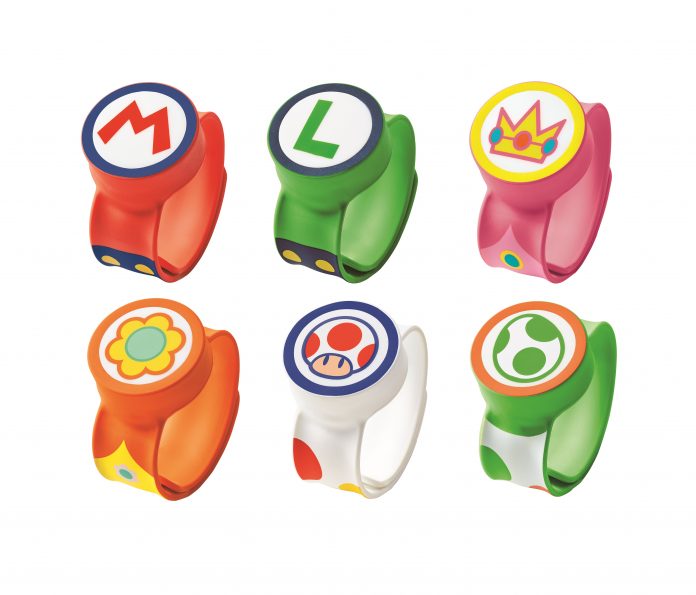 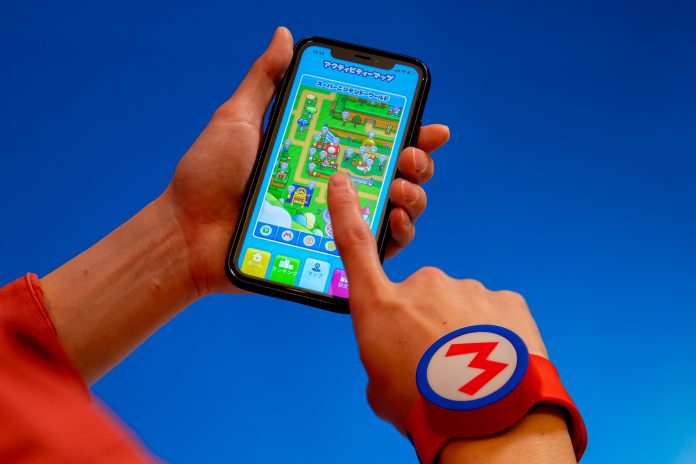 To play, guests are can download the Universal Studios Japan app to your smartphone and link it with the Power-Up Band. Each band will be priced at ¥3,200 (tax incl.)