After a year of intense anticipation for Universal Studios Hollywood fans, The Secret Life of Pets: Off the Leash! officially soft opened to guests during the final weekend of Taste of Universal and will begin regular operation when the park fully reopens to annual passholders on Thursday, April 15, and the general public on Friday, April 16. 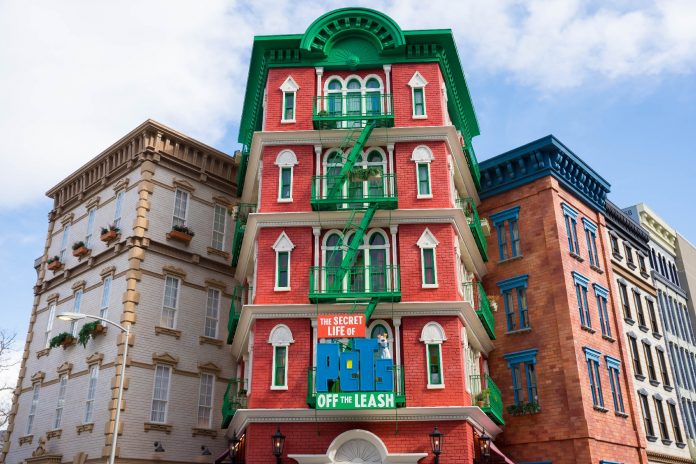 Now that we have had some time to collect our thoughts after graciously getting the chance to experience the ride during Taste of Universal, we can absolutely say that it is one of the best additions to the theme park in recent history. Since the E.T. Adventure closed at Universal Studios Hollywood in 2003, the park has very much been lacking a family-friendly, non-screen reliant dark ride, and The Secret Life of Pets: Off the Leash! at last fills that gap in the attraction lineup. 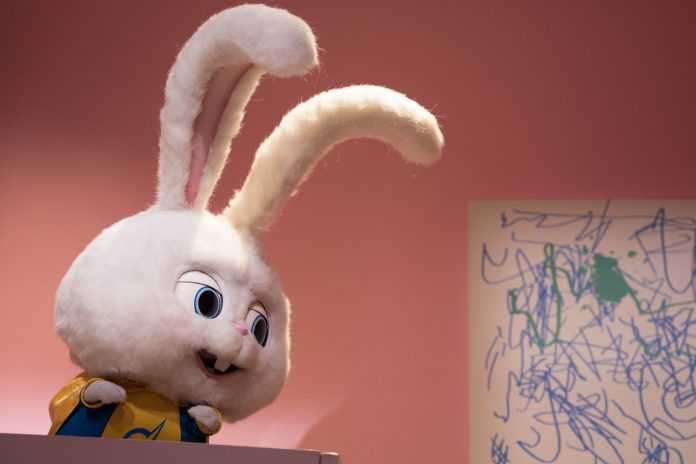 Without giving too much away for those who have not yet had the chance to ride, The Secret Life of Pets: Off the Leash! follows a heartwarming story where guests are transformed into puppies in need of adoption, so Max and his friends from The Secret Life of Pets films decide to help everyone out; albeit with a few detours along the way. 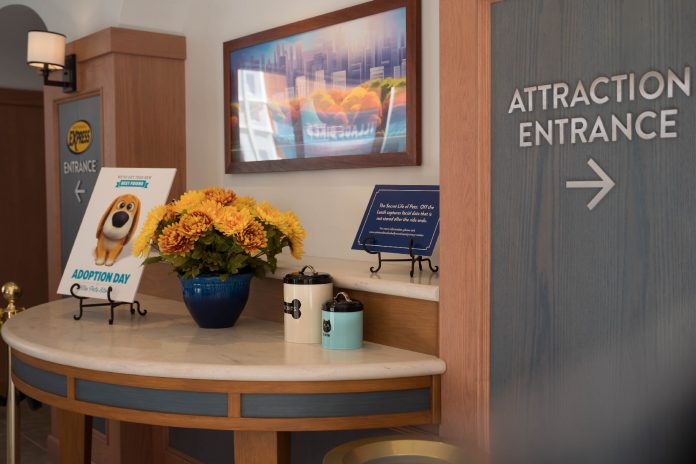 The story begins when guests enter the queue – themed to look like the lobby of the main New York apartment building from the films – and come across many pets living their day-to-day “secret” lives: Buddy the dachshund gets a massage from a kitchen mixer on the counter, Norman the guinea pig sneaks through the building’s vents to eavesdrop on various tenants, and Max and Duke have a casual conversation on the couch. As mentioned in our article previewing the attraction in a behind-the-scenes tour last year, gone are the usual line dividers in the queue; instead, carefully-placed furniture in each of the apartment rooms forms a natural pathway for guests to walk through. Since the attraction will primarily use a virtual queue – as it can only hold up to 20 to 30 minutes of wait time – fans will want to pause when they can to take in as many of the rich details around as possible, as well as view the preshows along the way, including Pops the basset hound’s virtual “Puppy School”. 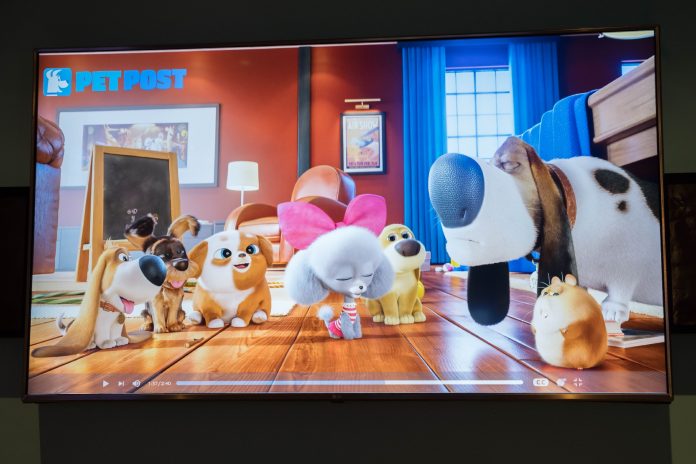 Guests at last board the cardboard box-shaped ride vehicles to be transformed visually into puppies with the use of alternate reality technology and venture off on a journey guided by a familiar cast of characters from the films. Between the ride’s abundance of state-of-the-art animatronics; heavy reliance on physical sets; and clever, minimal use of screens, guests of all ages are sure to be satisfied – especially given how many have begun to tire of screen-based attractions and once again demand practical effects. The Secret Life of Pets: Off the Leash! accompanied by the surrounding Pets Place area brings a new life – and increased attraction count – to the park in a way that has been needed for quite some time. 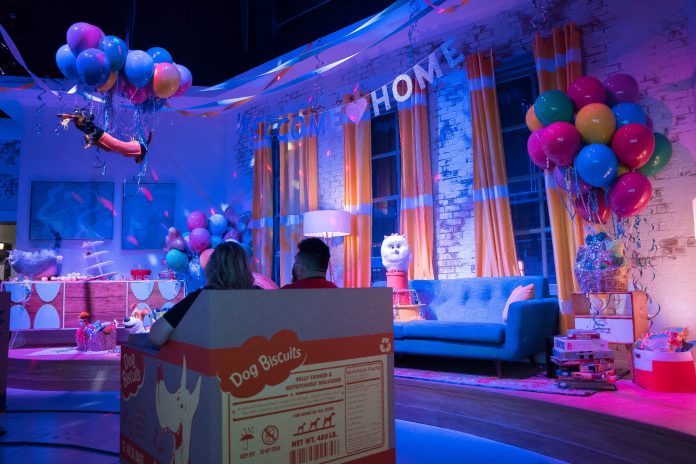 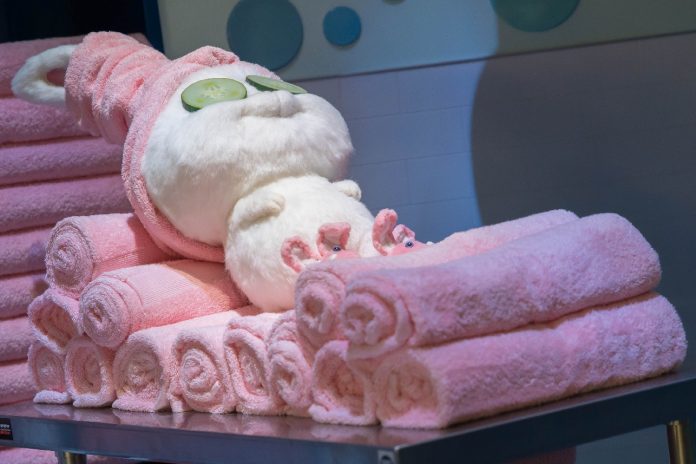 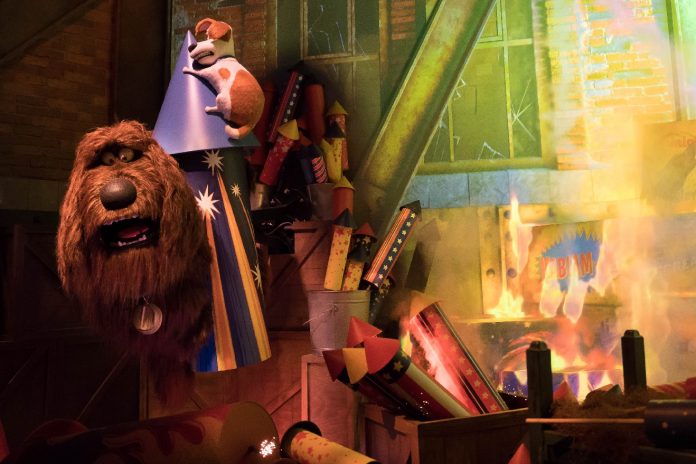 With the introduction of this new, highly enjoyable family-friendly ride at the park, Universal Studios Hollywood continues to move forward by asserting its dedication to leaving behind its past catchall studio persona and creating a more cohesive experience for all guests to enjoy.

Below, you can take a look at a full video of the queue and ride, as well as a brief photo tour of both from our recent visit.