Representatives of the constructors and partners of the Universal Beijing Resort project and Team Members of the resort witnessed this important historic moment. Afterwards, the first group of guests visited Universal Beijing Resort to enjoy extraordinary blockbuster fun and celebrate the momentous opening day. The official opening of the resort marks the establishment of a new cultural tourism landmark in Beijing, and caps off the culmination of 20 years of preparation and construction, turning the page on the beginning of a brand-new journey. 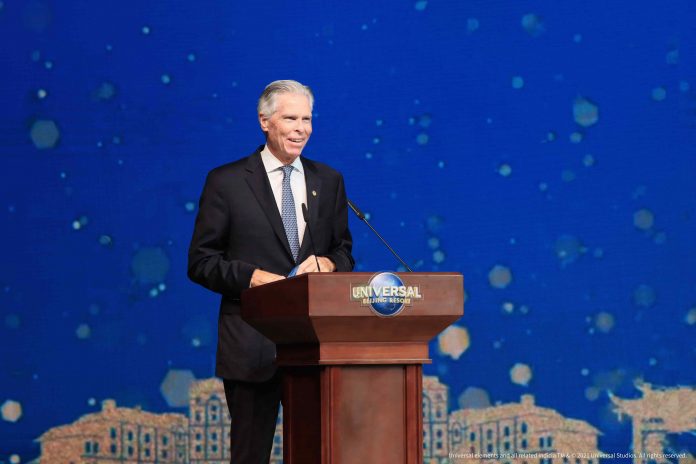 The widely anticipated opening ceremony integrated classic big-screen inspiration and demonstrated the extraordinary charm of the blockbuster movie world offered by Universal Beijing Resort. The grand opening ceremony was held in the Universal Majestic Theatre of the Hollywood land within the park and kicked off with a gorgeous opening music comprised of a medley of film scores. The magnificent introduction was followed up with the phenomenal “In a Universal Soundstage” performance, bringing the audience right into the heart of movie production. Next, two titans of the big screen, Steven Spielberg and Zhang Yimou, welcomed in the opening of Universal’s newest park with a video greeting, wishing Universal Beijing Resort success and guests a good time. The Universal theme song, “This is Universal,” was then performed by Tan Weiwei, evoking the remarkable Universal experience about to unfold in the blockbuster world beyond the gates. Enthusiasm for the ceremony peaked when Mr. Tom Williams, Chairman, and CEO of Universal Parks & Resorts, Mr. Song Yu, Party Secretary and Chairman of Beijing Tourism Group and other distinguished guests together snapped down the clapperboard signifying the official opening of the highly anticipated Universal Beijing Resort for guests, ushering in a new cultural and tourism landmark in Beijing created by teams working together in China and throughout the world. 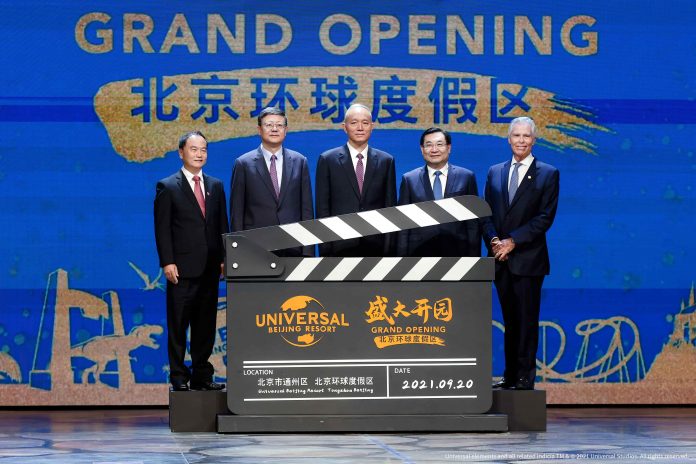 On the grand opening day, tens of thousands of guests visited Universal Beijing Resort to enjoy blockbuster fun with immersive experiences, explore authentic movie scenes offered throughout the seven themed lands of Universal Studios Beijing, and experience the rich selection of rides and attractions, shows, and entertainment, themed dining and merchandise options, as well as other extraordinary elements exclusive to Universal Beijing Resort. These include the first Kung Fu Panda-themed land in Universal’s theme parks, the world’s first Transformers-themed land, the world’s first WaterWorld themed land, the world’s largest Minion Land, and a brand-new experience within the first Jurassic World Isla Nublar themed land. Furthermore, the Hollywood-themed land with its magnificent Untrainable show, and the highly acclaimed The Wizarding World of Harry Potter.