Revenge of the Mummy has officially closed for scheduled maintenance at Universal Studios Florida. Construction walls were set up overnight blocking off the entrance courtyard, signaling the start of the project, which is expected to last into the Summer.

No other details have been given or what exactly the refurbishment will entail other than a “Late Summer 2022” reopening date. Universal states to “stay tuned to UniversalOrlando.com” for updates at a later time. 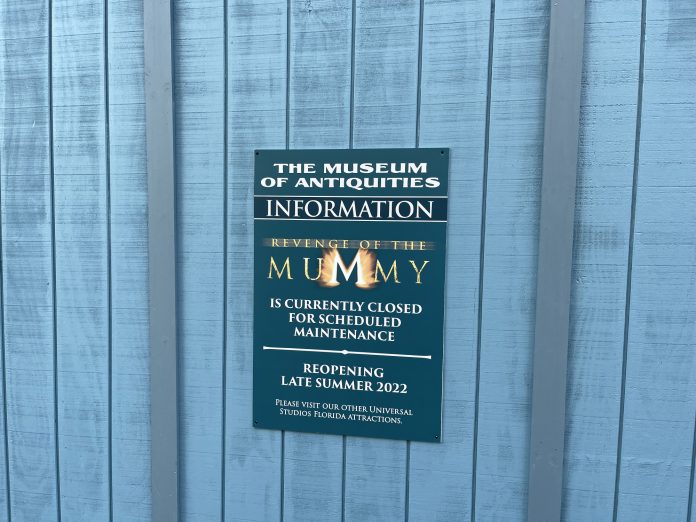 Based on the 1999 film remake, the indoor roller coaster opened at Universal Studios Florida in May 2004.

Sahara Traders, which serves as the gift shop for the attraction, remains open at this time.